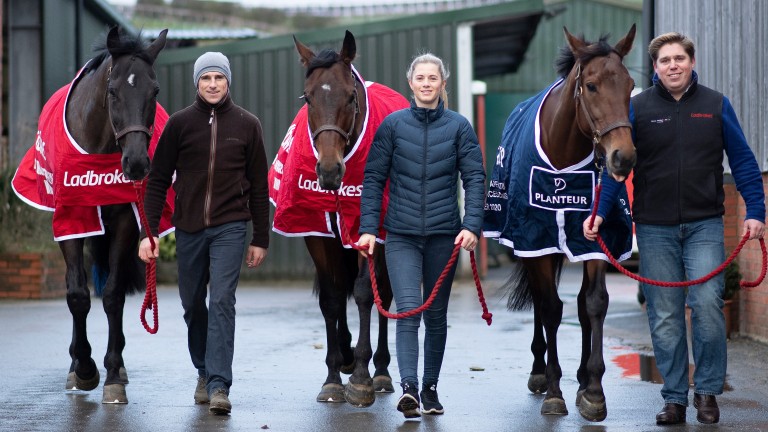 Trainer Dan Skelton has broadened the range of his operation with the acquisition of the stallion Dink, who is to stand at a newly formed stud half a mile from his Warwickshire stables.

Alne Park Stud, which will largely be run by Skelton’s wife Grace alongside Nick Pearce, has reached conception through a variety of factors and Dink’s recruitment is in no small part due to the exploits of his son Nube Negra, a key contender for the Betway Queen Mother Champion Chase after his defeat of Altior at Kempton over Christmas.

Both horses belonged to former Spanish Olympic show jumper Luis Alvarez Cervera, with Nube Negra arriving at the yard after Cervera’s suggestion to Skelton’s father Nick, his old equestrian rival, that he might make a suitable jumper. Dink himself had been covering only small numbers at Haras de la Bareliere in France.

"Basically I just had a bit of a feeling that this year with Brexit, transportation of horses into Europe and everything else, that it was going to be quite complicated," Skelton said. "We’ve got a number of broodmares here and a couple of owners have them as well.

"My dad had experienced the transportation with the show jumpers, and we thought instead of shipping 12 or so mares, it might be easier just shipping one stallion.

"Luis wanted to see if Dink could get a different type of mare and was happy to sell him. He’s living away from the yard, it’s a totally separate entity, and we’ll see how he gets on."

Skelton has not only been impressed by Nube Negra, a winning hurdler who was second in the Henry VIII Novices’ Chase last season before his breakthrough in the Desert Orchid, but from the son of Poliglote’s other young progeny at his Lodge Hill yard.

"We believe in the sire, he produces a robust athlete, he puts a lot of size into his horses, gives them a great attitude and they jump. He’s the only standing son of Poliglote and now one of only four active UK-based stallions to sire a Grade 1 or 2 winner over jumps in the UK or Ireland this season.

"I’ve got a couple on the farm by Dink and I’d like to see more, basically. That’s the best endorsement I can give him.

"He’s going to cover the vast majority of ours, a good number are still going to go to a couple of other sires. But we want to give him a chance."

Second in the British trainers' title, Skelton does not have designs on being a hands-on trainer-breeder in quite the mould of Jim Bolger as he finds himself pretty busy with the day job.

He sees it as being a beneficial part of his set-up and is interested to see how Dink will be received when he is advertised to the market shortly, particularly should Nube Negra provide some valuable publicity in three weeks' time.

"I’m distancing myself from it a bit, it’s going to be Grace’s thing in association with Nick Pearce, who looks after all our young stock and does all the breaking in. It’s just going to be a slight extension of the young horse programme," he said. 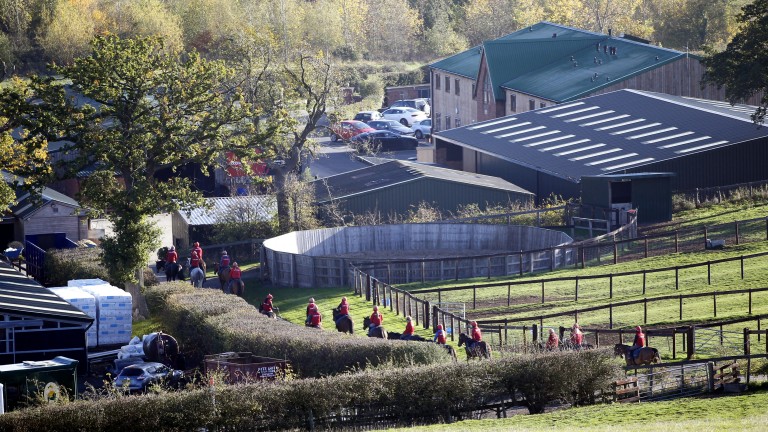 "It’s a new venture, but as my father-in-law always says to me, 'you can always hire brains'. We’ve got some people in who know what they're doing, and we’re very comfortable with how it is. He’s a beautifully relaxed horse, he’s not the stereotypical stallion and is very easy to do.

"A lot of trainers and other professional outfits have had a stud branch and I don't see it's any different to those. I know it’s more commonplace on the Flat but I don’t see why it can’t work jumping. I’m really looking forward to it.

"We’ve built a broodmare band and as time progresses, we’ve got to work out who are the best producers and what suits us. I enjoy the breeding side of it and I think British breeding needs every push and every support it can get. It just seemed a good thing to do for many different reasons."

He certainly keeps a close eye on the bloodstock sector, as illustrated by one of the more incongruous achievements to his name during 2021.

Szarratu claimed consecutive all-weather wins in Skelton's colours for trainer Mick Appleby, having been tracked down in the far reaches of Eastern Europe. The five-year-old is a Mukhadram half-sister to last year's Lowther winner and dual Group 1-placed Miss Amulet who must now rank as a particularly astute purchase.

"Very strangely one of my owners got a message to say this horse was available for sale in Poland and we bought her," Skelton explained. "I sent her to Mick Appleby and said 'see what she’s like, I don’t know what her Polish form equates to but if we can put some English form on her, all the better'.

"She’s won twice and she’s off to see Starspangledbanner. It was an amazing find, we won’t grumble about that one."

FIRST PUBLISHED 5:00PM, FEB 26 2021
I’ve got a couple on the farm by Dink and I’d like to see more, basically. That’s the best endorsement I can give him

'I always feel I've stuff to prove' - a day with Brian Hughes and Harry Skelton Great British Bonus scheme breaks through £2 million in payouts since launching Pinhooking profit and a mystery bidder among the Craven Sale hot topics Cheltenham a bonus for both Martello Sky and Pink Legend Intriguing pedigrees at Newbury on Friday as Churchill set for first runner Caravaggio colt claims top lot crown after fetching 240,000gns at Craven Sale