From staying supremo to stud career - what can Stradivarius bring to the table? 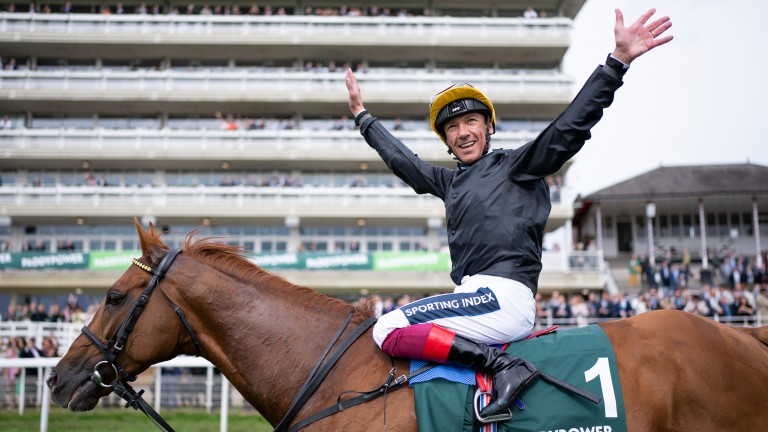 Stradivarius: staying superstar - so what is next for the son of Sea The Stars at stud?
Edward Whitaker (racingpost.com/photos)
1 of 1
By Kitty Trice 5:03PM, MAY 13 2022

There is not much more that can be said about Stradivarius, staying supremo on the track for so many years and one of the most popular and durable performers we have had in modern times.

But what might be next for the son of Sea The Stars when the curtain comes down on his glittering track career?

Many gloomily look to what has happened to previous super stayers such as Yeats, or even top-class middle-distance performers like Crystal Ocean, who retired straight to Coolmore's National Hunt ranks.

Current commercial realities mean Stradivarius is unlikely to find a Flat roster, though that has not stopped breeders sending Flat mares to Crystal Ocean or the like in recent years.

It is worth noting the eight-year-old is no mere plodder; he has a turn of foot that has propelled him not just to the top of the stayers' tree but has enabled him to win over a mile as a two-year-old, and at various distances ever since, and it would be nice if breeders supported him with a mix of mares from both codes.

Surely a multiple Group 1 winner who is tough, tenacious and talented - not to mention sound and consistent - deserves support even if he is deemed commercially unfashionable?

There must be some breeders out there who would rather support such a stallion prospect than one who either retired after winning a Group race at two or failed to prove their soundness and longevity.

A horse of Stradivarius' talent and breeding should be given every chance to be a success, ideally with Flat runners as well as National Hunt. Certainly, his stud fee will not prevent a diverse set of breeders from the chance to utilise him.

A homebred of Bjorn Nielsen, Stradivarius is a half-brother to two classy middle-distance types in dual Group 3 German winner Persian Storm, a son of Monsun who later went hurdling with Gary Moore, and the UAE Group-placed Rembrandt Van Rijn.

The trio are out of the Bering mare Private Life, a winner and Listed-placed from a mile to a mile and a half. Private Life is out of the Sadler's Wells mare Poughkeepsie, a daughter of Oaks, Prix de Diane and King George heroine Pawneese.

However he fares against Trueshan and co next month when bidding to emulate Yeats as a four-time Gold Cup winner at Royal Ascot, this season is set to be his last - let's hope the Flat features in his next chapter, and ideally through support not just from his owner-breeder.

FIRST PUBLISHED 5:03PM, MAY 13 2022
A horse of Stradivarius' talent and breeding should be given every chance to be a success, ideally with Flat runners as well as National Hunt

'He's a monster and I have a huge opinion of him' - Oisin Murphy selects his ten 'The breeze-up horse has never been more in vogue' - and £50 million proves it Group 3 winner Zavaro tops BBAG Mixed Breeze-Up Sale at €52,000 Justify double handed as fillies take centre stage at Navan on Saturday Guineas second and top broodmare Jacqueline Quest dies aged 15 'He looks to have an enormous engine' - Ittack Blue tops May Sale at 310,000gns