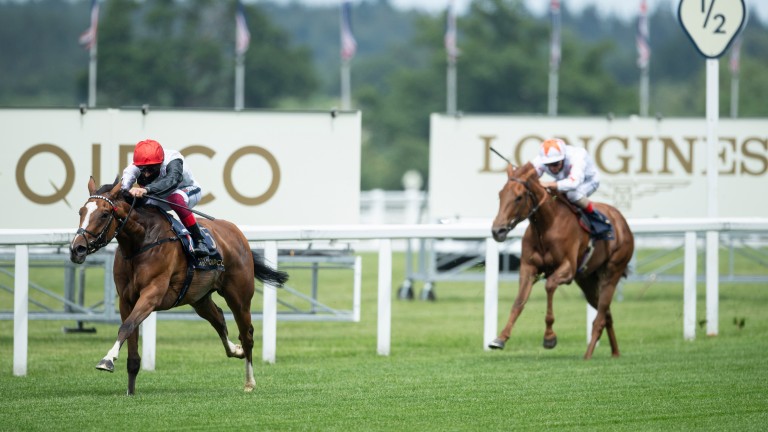 Frankel looks to have another potential superstar on his hands after his daughter Frankly Darling stormed to an impressive success in the Group 2 Ribblesdale Stakes for owner-breeder Anthony Oppenheimer during day one of Royal Ascot.

The three-year-old was taking a marked step up in class after a romp in a Newcastle maiden, but looked a filly who belonged at Group 1 level after she strode clear of Evie Stockwell's Ennistymon, a daughter of Galileo, to score by a length and three-quarters.

Her success provided Oppenheimer and trainer John Gosden with their second Ribblesdale Stakes in a row after Star Catcher's win 12 months ago.

Frankly Darling's performance on Tuesday propelled her towards the head of the Oaks betting, and she certainly possesses the bloodlines of a potential Epsom Classic winner. She is the eighth foal out of Hidden Hope, a daughter of Daylami who won the Cheshire Oaks and finished second in the Lancashire Oaks during her own racing career.

Hidden Hope has gone on to produce six winners at paddocks, including Our Obsession, a Listed-winning daughter of Shamardal and the dam of Frankel's Group 3-placed daughter Frankellina, and classy middle-distance performer First In Line, who is by New Approach. 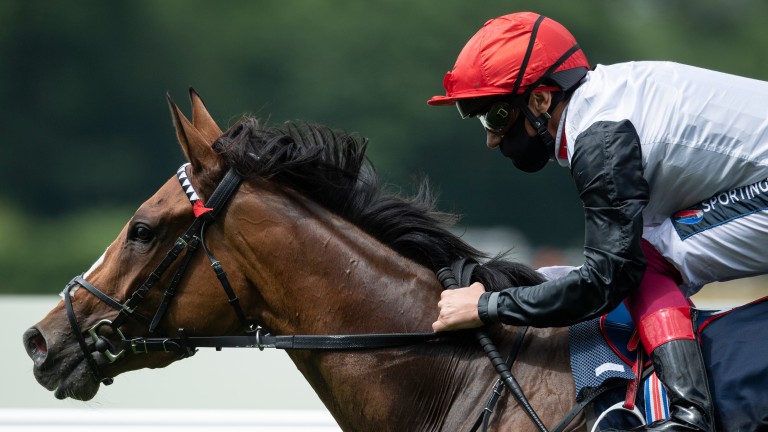 Frankly Darling: by Frankel and from a famous Oppenheimer family
Edward Whitaker
Moreover, Hidden Hope is a half-sister to Rebecca Sharp, winner of the Coronation Stakes in 1997, and to Fleche D'Or, the dam of Oppenheimer's outstanding Derby and Arc winner Golden Horn.

These celebrities descend from Lora, who was purchased by Hascombe and Valiant Studs as a yearling for 28,000gns in 1973 and has since gone on to found her own dynasty for Oppenhemier's breeding empire.

As well as being th ancestress of the aforementioned talents, she is also the dam of 1,000 Guineas and Sussex Stakes winner On The House, while the champion Cracksman also descends from her.

Should Frankly Darling emerge victorious in the Epsom fillies' Classic, she would supply Frankel with back-to-back Oaks winners after Anapurna struck last year. 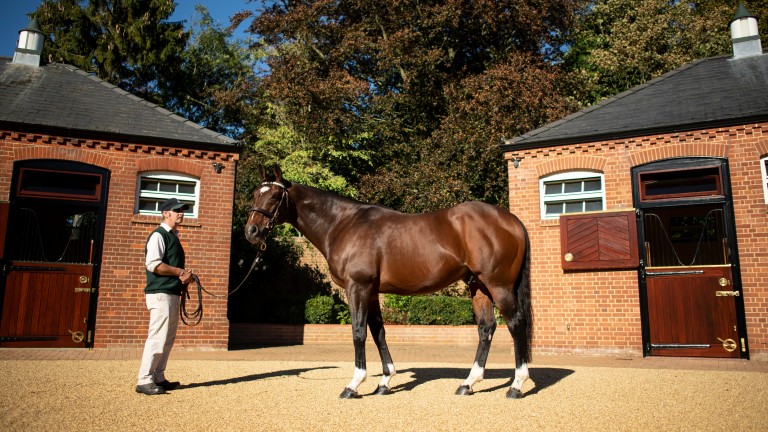 The Frankel-Daylami cross has been represented by just six runners in Britain and Ireland but has produced five winners, with Frankly Darling far from the only high-class talent among the quintet.

Also bred along those lines are St Leger hero Logician, who is out of Scuffle, and recent 2,000 Guineas fifth Juan Elcano.