Keisei Hai Autumn Handicap goes to Catedral, with the favourite a closing third 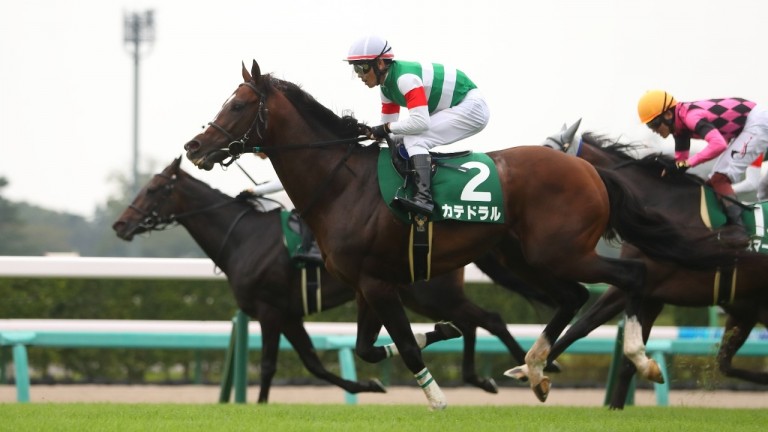 Frankel's Group 1-winning son Grenadier Guards could manage only third on Sunday as the favourite for the Group 3 Keisei Hai Autumn Handicap at Nakayama.

The mile race on turf for three-year-olds and up went to seventh favourite Catedral, trained by Manabu Ikezoe and ridden by Keita Tosaki, who was settled in midfield before emerging from the pack coming into the home straight.

He caught the leader Contra Check, who was carrying the same Carrot Farm Co. Ltd colours, in the last stride to register a first graded stakes win by a neck.

For Catedral, by Hearts Cry's and out of Rock Of Gibraltar mare Abyla, this was a fourth win on his 19th career start.

Grenadier Guards finished fast down the outside in the 16-runner race and was a further half-length back in third. 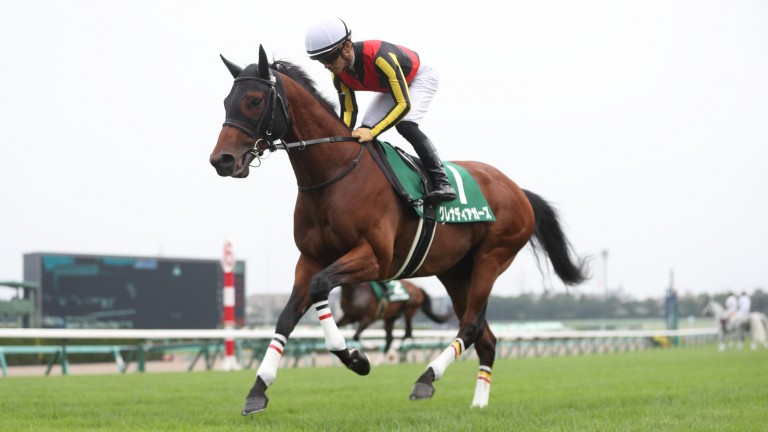 Grenadier Guards: ran well on Sunday but was unable to reel in the first two
Masakazu Takahashi

The connections of Grenadier Guards had seen this race as a prep for the Breeders' Cup Mile in November, and jockey Yuga Kawada, who will also ride him at Del Mar, said: "He was very calm this week and came into the race in the same mood.

"A better result would have been nice, but this was not the main goal. He has a little bit of a difficult personality, so we will have to train him a different way before the next race."

Also on the Breeders' Cup beat, Carrot Farm announced that Marche Lorraine would challenge for the Distaff, with Kawada also in line for the mount.

Trainer Yoshito Yahagi plans to bring the five-year-old by Orfevre, out of French Deputy mare Vite Marcher, to concert pitch for what will be a tough assignment in California.

The DMM Banusy Co. Ltd, meanwhile, revealed that their Loves Only You, trained by Yoshito Yahagi, will be targeted at either the Breeders' Cup Filly & Mare Turf or the Breeders' Cup Turf. Kawada is set to ride. She will be sent to the United States on October 27.

The Deep Impact five-year-old, out of Storm Cat's daughter Loves Only Me, was ridden by Kawada for the first time in this year's Group 2 Kyoto Kinen in February, which she won, and after she raced overseas twice - to be third in the Dubai Sheema Classic and win the QEII in Hong Kong - he partnered her for the second time when runner-up to Sodashi in the Sapporo Kinen, another Group 2.

FIRST PUBLISHED 10:52PM, SEP 12 2021
He has a little bit of a difficult personality, so we will have to train him a different way before the next race