Cheveley Park Stud homebred was following in some illustrious footsteps 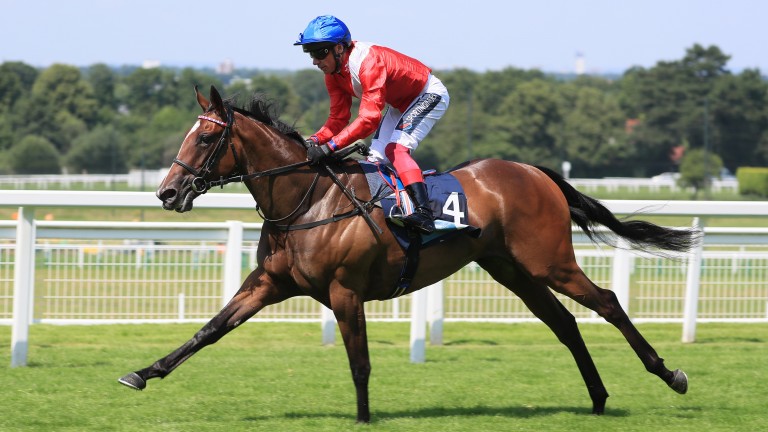 Frankel has already enjoyed a sensational season with the likes of Adayar, Hurricane Lane and Snow Lantern landing Group 1 prizes, and Juddmonte's Banstead Manor Stud resident recorded another notable victory on Thursday when Inspiral maintained her unbeaten record with a dominant performance in the Listed British Stallion Studs EBF Star Stakes at Sandown.

The Cheveley Park Stud homebred was waited with in rear by Frankie Dettori, but began a sustained run once the field entered the straight and powered clear late on to come home three and a half lengths ahead of another of Frankel's daughters in Wild Beauty.

Inspiral is the fourth winner from as many runners out of Starscope, a winning daughter of Selkirk who also finished runner-up in the 1,000 Guineas (behind Homecoming Queen) and Coronation Stakes (behind Fallen For You) in 2012.

This makes Inspiral a three-parts sister to the useful Intello mare Astrologer and a half-sister to the Listed-placed Celestran, a son of Dansili. The fourth-generation homebred traces back to Rose Goddess, who joined the Cheveley Park Stud broodmare band in 1988 having been bought by David Minton for $450,000 from the Keeneland November Sale. 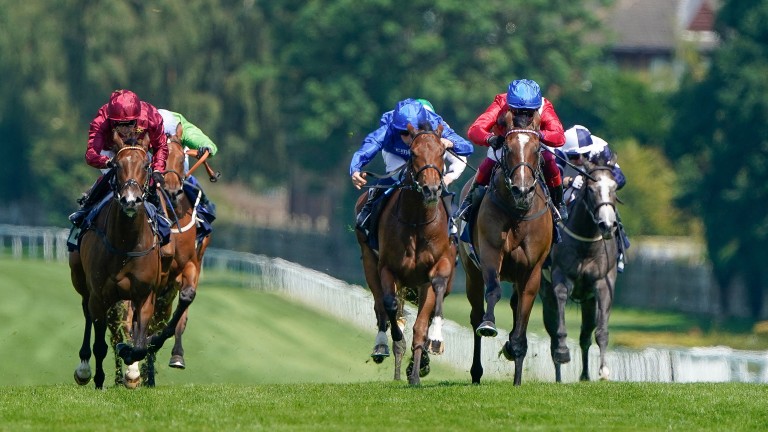 Rose Goddess went on to produce Mystic Goddess, a Listed-winning daughter of Storm Bird who is best known as the dam of Medicean. The son of Machiavellian won the Lockinge and Coral-Eclipse before becoming a real stalwart of the Cheveley Park stallion roster, from where he sired ten Group/Grade 1 winners, including Dutch Art, Nannina and Siyouma.

The Bloodstock Big Read: How an 'extraordinary year' is propelling Frankel to supersire status

The John and Thady Gosden-trained two-year-old looked a filly of immense promise as she took her record to two from two, and it is interesting to note that Cheveley Park have used this race as a springboard for Group 1-winning talent in the past, namely subsequent Prix de Diane heroine Confidential Lady.

Inspiral becomes the 75th stakes winner sired by Frankel, a tally that contains 51 Group scorers and 24 sons and daughters who have struck in Listed company. 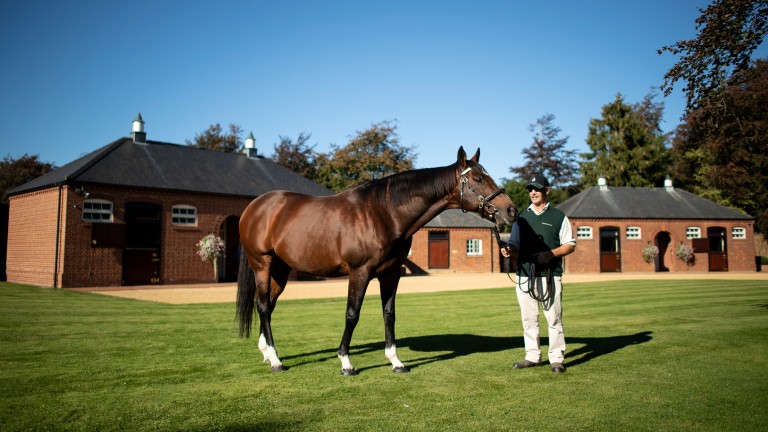 She is also his first two-year-old stakes winner in Europe this year, although he did also supply a Group 1-winning juvenile in Australia earlier in 2021 when the Gai Waterhouse- and Adrian Bott-trained Converge landed the TJ Smith Stakes.

The Frankel - Selkirk nick has produced three winners from three runners in Britain and Ireland, having also yielded Barn Owl, a colt out of Group 1 winner Thistle Bird, and Senator, who went on to be Group 1-placed in Hong Kong, where he races as Simply Brilliant.

Inspiral's stakes race breakthrough could be the start of another big weekend for Frankel, with Derby hero Adayar set to tackle the King George VI And Queen Elizabeth Qipco Stakes on Saturday, shortly after Mohaafeth and Juan Elcano have contested the Group 2 Sky Bet York Stakes.