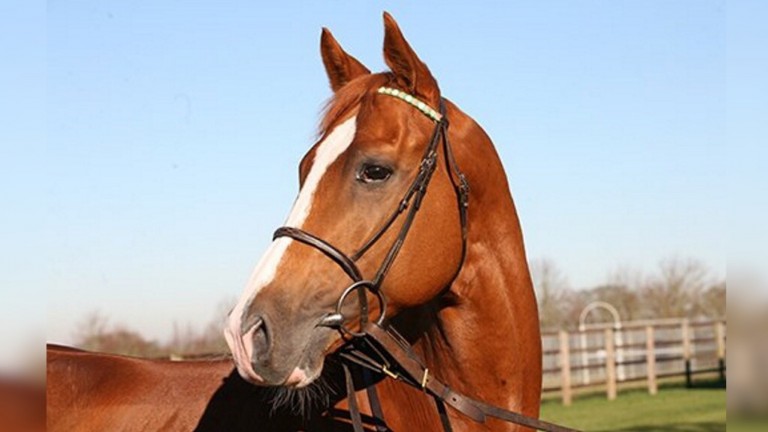 Frankel's younger brother Proconsul will relocate to Michael Shefflin's Annshoon Stud in County Kilkenny for his third season at stud and will be offered at a €1,250 fee, with a free return for filly foals.

Proconsul, a six-year-old son of Galileo, ran twice without placing for Andre Fabre, but given his illustrious pedigree was afforded a berth at Mickley Stud in Britain. He was also the fifth son out of dual Listed-winning sprinter Kind to retire to stud after Bullet Train, Frankel, Morpheus and Noble Mission.

"He is a full-brother to a phenomenal stallion in Frankel," said Shefflin. "He stands at 16.2 [hands high] and gets good-looking stock who are big and strong, and though he covered Flat mares in his first two seasons, we will be looking to target the National Hunt market with him."

Frankel, the exceptional ten-time Group 1 winner and sire of Cracksman, has had some success with his initial jumps runners including the Listed-placed novice hurdler Solo Saxophone, while the first Flat runners for dual Champion Stakes scorer Noble Mission include the Grade 1-placed Code Of Honor in the US.

Morpheus has been transferred to Haras du Grand Chesnaie for the 2019 breeding season, where he will be offered at a €2,500 fee, while Bullet Train embarks on his second season at Woodfield Farm Stud in County Waterford with his price available on application.

Breeders hoping to catch a glimpse of Annshoon Stud's new recruit will be able to do so during the ITM Stallion Trail, which takes place on Friday, January 11 and Saturday, January 12.

Farewell to Fruits Of Love

Shefflin also paid tribute to the stud's former resident Fruits Of Love, who died at the age of 23 due to an infection at the back of his knee after standing the 2018 season at Gortnamona Stud in County Cork.

The dual Hardwicke Stakes scorer stood at Annshoon between 2006 and 2017 after spending his first four seasons at Rathasker Stud, where his older half-brother Mujadil also held court.

"Fruits Of Love was a grand horse to do anything with," said Shefflin. "He had a fine temperament and was a good-looking horse.

"It's typical and a bit like National Hunt broodmares - time is nearly up for them when they produce their big winners.

"He raced until five on the Flat and also stood as a Flat sire for some years before he came here, so it took a while for him to have his first winners." 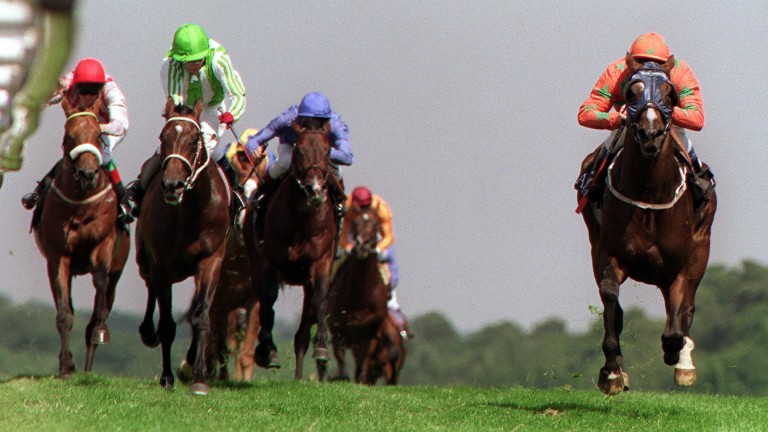 Fruits Of Love (right): winning the Hardwicke Stakes for the first time in 1999 from Royal Anthem (green stripes)
Edward Whitaker

Among Fruits Of Love's best runners are Simply Ned, who recorded back-to-back wins in the Grade 1 Paddy's Reward Club Chase at Leopardstown in December, and Financial Reward, who found a place at stud having won a Grade 2 novice chase at Limerick.

Financial Reward - who stands at Ballinglen Stud in County Wexford at a €600 fee - has already supplied a winner with the dual point-to-point winner Financial Outcome, who has placed on both starts under rules for Rebecca Curtis.

Zoffany set to reap the rewards from his fabulous freshman season

The heroes hiding among the past year's stallion statistics

From the emotional to the awe-inspiring: five surprising stories of 2018

FIRST PUBLISHED 7:03PM, JAN 2 2019
Proconsul is a full brother to a phenomenal stallion in Frankel