Frankel filly Online Dream, out of Danedream, makes the perfect start in Japan 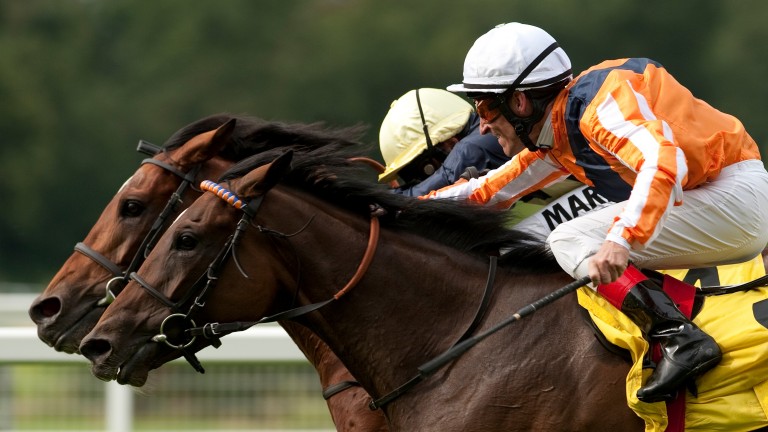 The brilliant racemare, who has also produced the winning Dubawi gelding Faylaq - a 1,500,000gns purchase for Shadwell at Tattersalls Book 1 in 2017 - has had three other offspring by the dual world champion but only Solid Dream had previously made it the track.

Her first foal was Nothing But Dreams, who failed to race for Roger Varian and was subsequently shipped to Japan to start her broodmare career, while the two-year-old Dreaming Eyes very sadly suffered a fatal injury during exercise last year.

Online Dream is the fifth foal out of the daughter of Lomitas, who proved quite the bargain when sold by her breeders Gestut Brummerhof for €9,000 at the BBAG Spring Sale in 2010.

A winner at two, Danedream notched up three top-level victories in her Classic year, including a five-length demolition of her rivals in a star-studded Prix de l'Arc de Triomphe. Among her vanquished opponents were Snow Fairy, So You Think, St Nicholas Abbey and Workforce.

She returned at four to defeat Nathaniel in a thrilling finish to the King George VI and Queen Elizabeth Stakes at Ascot, before ending her career with victory in the Grosser Preis von Baden.

Danedream has a yearling colt by Dubawi, while she gave birth to a Kingman filly earlier this year.

FIRST PUBLISHED 2:37PM, NOV 24 2020
She returned at four to defeat Nathaniel in a thrilling finish to the King George VI and Queen Elizabeth Stakes at Ascot