Andre Fabre hailed him as the best he ever trained 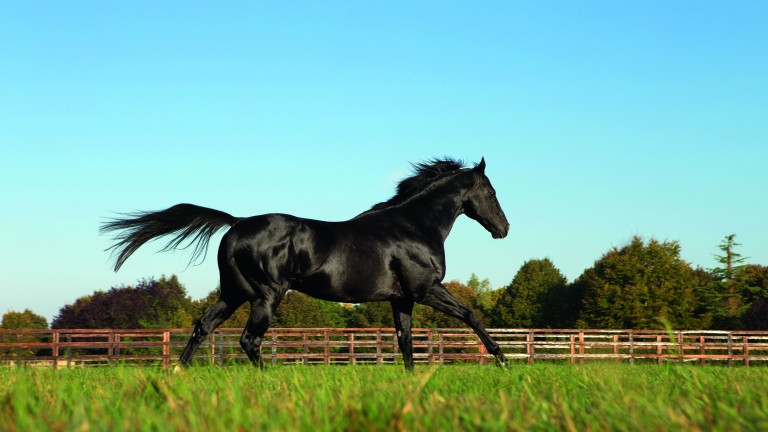 Manduro, the world champion racehorse of 2007 hailed by Andre Fabre as the best he ever trained, has died aged 18.

The son of Monsun, who later carved a name for himself as a useful sire, suffered a fatal heart attack at Haras du Logis in Normandy on Saturday.

Manduro was bred in Germany by Rolf Brunner and was the result of the Listed-placed Be My Guest mare Mandellicht visiting the country's legendary sire Monsun.

He was bought as a yearling at BBAG for €130,000 by Rüdiger Alles on behalf of Baron Georg von Ullmann, who raced Monsun and stood him at his family's Gestüt Schlenderhan. 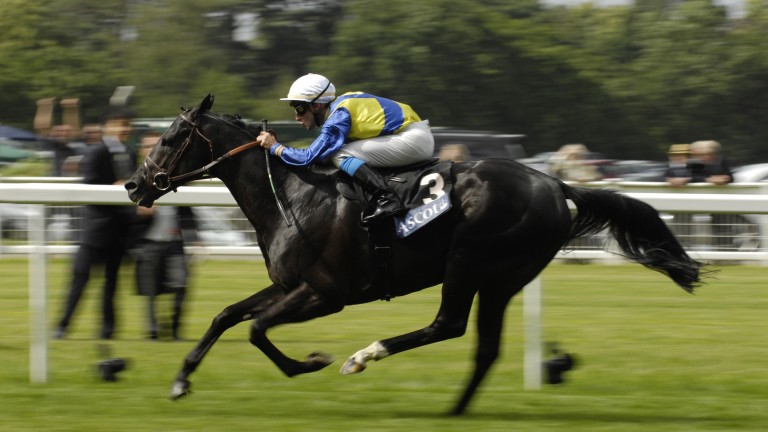 Manduro at the peak of his powers, winning the Prince of Wales's Stakes
Edward Whitaker

Manduro switched to Fabre at four and took his form to a new level. That season he won the Group 2 Prix d'Harcourt and achieved Group 1 placings in the Prix Ganay, Prix d'Ispahan, Prince of Wales's Stakes, Prix Jacques le Marois and Prix du Moulin.

He showed uncommon class that year, his commanding Royal Ascot success coming at the expense of solid top-level performers Dylan Thomas and Notnowcato, as well as laudable versatility, winning over a mile to 12 furlongs.

He was a short-priced ante-post favourite for the Prix de l'Arc de Triomphe but suffered a fracture to his off-hind cannonbone during his resounding defeat of Mandesha in the Prix Foy that meant he could not race again.

"Manduro was the best horse I have trained, and the best by a good margin,” said a distraught Fabre at the point of Manduro's untimely retirement.

"With him, nothing seemed impossible. He was a very touching animal. His attitude, his conformation, everything about him was exceptional.” 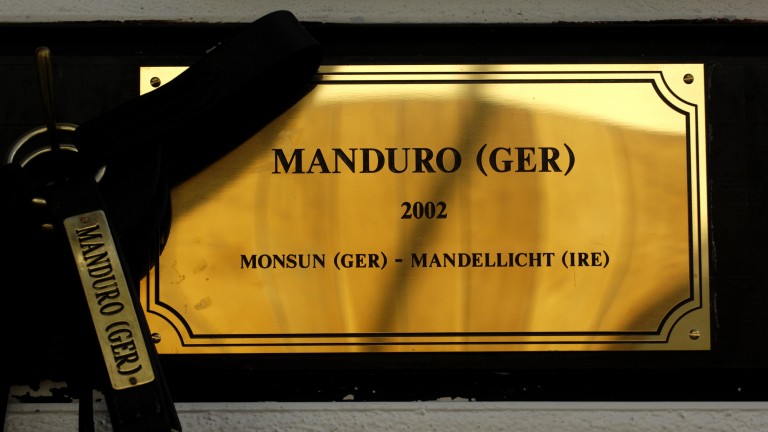 International handicappers agreed, judging Manduro to be the world champion of 2007 with a rating of 131 that put him ahead of the likes of Authorized, Curlin, Dylan Thomas and Invasor.

With Sheikh Mohammed having paid a reported €23 million to acquire the breeding rights to Manduro in the summer of 2007, the horse began his stallion career under the Darley banner at Kildangan Stud in County Kildare at a fee of €40,000 the following year.

He got off to an excellent start with his debut two-year-olds, who included the easy Criterium de Saint-Cloud winner Mandaean and Criterium International third Bonfire.

Bonfire won the Dante Stakes and the likes of Fractional and Trois Lunes took Group races in the sire's first season with three-year-olds.

But, generally, the sire's early results were solid rather than spectacular and in 2013 he was transferred to Haras du Logis, where he had stood at a fee of €7,000 for the last seven years.

Manduro is the source of 35 stakes winners, including the results of his shuttle trips to South America.

Prix Jean-Luc Lagardere winner Ultra has stood alongside his sire at Haras du Logis since 2018 and has his first yearlings sell this year.

Manduro has been making his presence felt in recent seasons as a broodmare sire of note, his daughters having produced the classy half-sisters Billesdon Brook and Billesdon Bess, recent Hardwicke Stakes winner Fanny Logan and smart performers Al Dabaran and Trais Fluors.

Indeed, it was Coplow, the dam of Billesdon Brook and Billesdon Bess, who became the sire's record-priced auction offering when sold to Coolmore for 2,100,000gns to top last year's Tattersalls December Breeding-Stock Sale.

“Manduro has been a wonderful servant and will be greatly missed by the team,” said Darley's director of stallions Sam Bullard.

“He has been a reliable source of winners and stakes performers for breeders.”

FIRST PUBLISHED 2:43PM, JUN 27 2020
Manduro has been a wonderful servant and will be greatly missed by the team