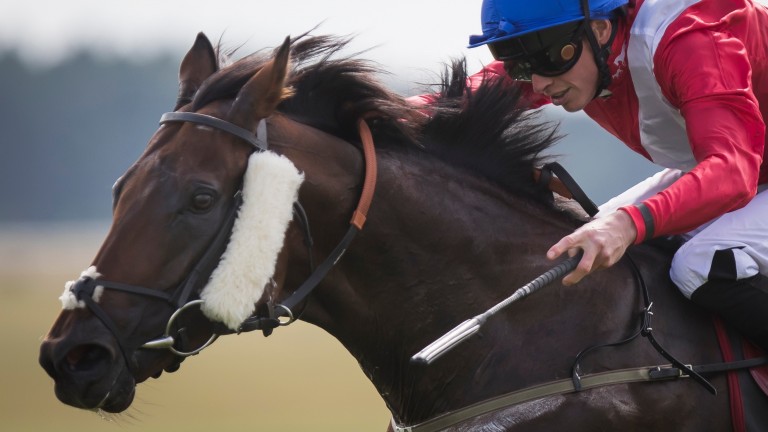 Coolmore's Footstepsinthesand enjoyed a fine 40 minutes at the Curragh on Saturday as Marie's Diamond and Larchmont Lad provided him with a Group race double on the Darley Irish Oaks card.

Marie's Diamond is out of the Kalanisi mare Sindiyma and hails from a strong Aga Khan family that includes the champion Sinndar. He was bought by Federico Barberini and Middleham Park Racing for €35,000 from Airlie Stud at last year's Tattersalls Ireland September Yearling Sale.

Larchmont Lad, meanwhile, is out of the King's Best mare Fotini and continued a good afternoon not only for Footstepsinthesand but for Peter and Ross Doyle, who bought him for €110,000 from Coole House Farm at the 2015 version of the aforementioned Tattersalls Ireland auction.

FIRST PUBLISHED 6:24PM, JUL 21 2018
Marie's Diamond is out of the Kalanisi mare Sindiyma and hails from a strong Aga Khan family that includes the champion Sinndar

'It'll take a very good horse to beat him' - all systems go for Bears in Phoenix Brilliant Baaeed strolls to fourth victory to leave Haggas aiming at the top 'I've seen tougher Stewards' Cups' - trainer thoughts on the day's big handicap Which of the Mark Johnston-trained five will flourish in opening contest? Sir Ron Priestley career in doubt after old injury flares up in Goodwood Cup 'He's ready to win if things go right' - trainers on the opening TV handicap