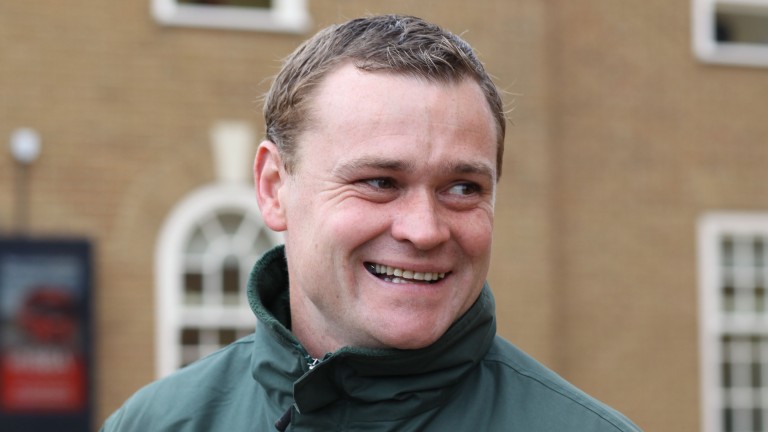 Following the part-dispersal of the late Duke of Roxburghe’s Floors Stud, current stud manager Christopher Gillon will continue to operate from this historic base under the name Gillon Bloodstock @ Floors Castle.

The stud is situated close to the town of Kelso in the Scottish Borders, adjacent to the River Tweed and on the beautiful Floors Castle estate. The stud has been renowned for caring for top-quality mares, foals and yearlings with the utmost passion and attention to detail; something Gillon vows to continue.

The 37-year-old has worked at Floors for eight years, progressing from stud hand to stud manager. During that time the stud has raised, produced and sold five individual million-pound yearlings, the highlights coming this year, under Gillon's management, with the sale of the Dubawi colt out of Cushion and the Frankel colt out of Attraction for 2.1 and 1.1 million guineas respectively.

The stud itself is steeped in racing and sales history. The land has proved exceptional for rearing and prepping young stock, as seen from the Classic and multiple Group 1 winners the stud has produced.

The facilities include a horse walker, lunge rings, turnout paddocks and an estate conducive for hand-walking yearlings.

Gillon Bloodstock @ Floors Castle will be fully operational from January 1 and will be taking a limited number of boarding mares, weanlings and spellers.

Come the autumn, Gillon Bloodstock plans to have its own draft at all the major yearling sales.

Ed Sackville, who was bloodstock adviser to the late Duke and has worked closely with Gillon, said: “The successes the stud enjoyed with this year's October sales are a true testament to Chris’s ability and professionalism.

"I’ve never seen such a well prepped draft of yearlings, and the results spoke for themselves. I will certainly endeavour to continue to support Chris in his new venture."

Simon Marsh, whose Kiltinan Castle Stud sold the mares and foals on behalf of Floors at the December Sales, added: “In all my dealings with Chris he has been thoroughly professional and his attention to detail is excellent, as has been borne out through the sale of the yearlings this year, as well as the mares and foals that were all prepared by him at the stud.”

FIRST PUBLISHED 1:19PM, DEC 8 2020
The successes the stud enjoyed with this year's October sales are a true testament to Chris’s ability and professionalism