Vow And Declare and Warning strike at the Spring Carnival 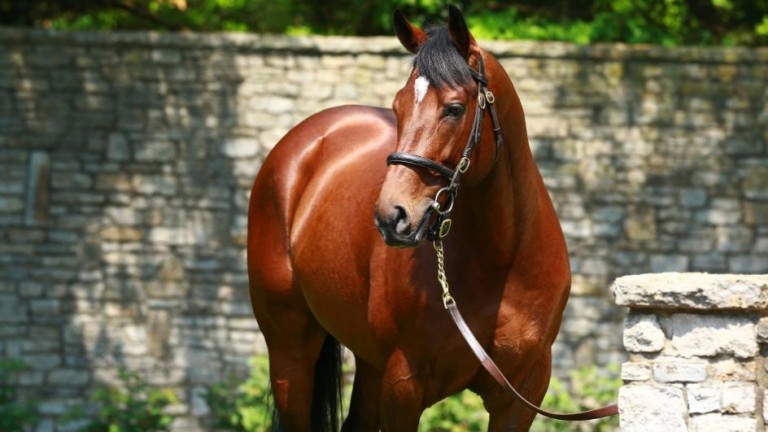 Vow And Declare was rightly celebrated as a first home-grown victory in the Lexus Melbourne Cup since Shocking in 2009, even if the winner’s sire is one starting to make an impression on numerous continents.

Declaration Of War shuttled to Coolmore Australia for a couple of seasons shortly after his racing career ended and Vow And Declare is now by some distance his biggest money-earner after he scooped the A$4.4m (£2.36m) first prize in a head-bobbing thriller.

Declaration Of War was retired after a breakout 2013 in which he won the Juddmonte International and the Queen Anne, rounding off his time with a third in the Breeders’ Cup Classic.

By War Front, he was bred by regular Coolmore ally Joseph Allen and started off in his colours with Jean-Claude Rouget before being transferred to Aidan O’Brien.

He stood for one season in Ireland before being switched to Ashford Stud in Kentucky. This year he was standing at the Shizunai Stallion Station in Japan.

Declaration Of War’s other main success story has been last year’s French Guineas winner Olmedo but he has had graded success Stateside too through the likes of useful juvenile Peace Achieved.

It’s the AUSSIE!!! Vow And Declare has won the #MelbourneCup.

What a moment, what a race… pic.twitter.com/DvAoinx0cp

Vow And Declare is out of the Testa Rossa mare Geblitzt, who was cheaply bought and won five minor events in Australia for Paul Lanskey, who syndicated her among friends and held on to her to breed from.

Her first foal, Lycurgus, was also stakes class and their fifth dam is Lora, foundation mare of the Oppenheimer dynasty including Cracksman and Golden Horn.

Vow And Declare, who was raised at Kitchwin Hills, was offered at Inglis but failed to meet his reserve and is also owned by the Queensland businessman’s friends and family.

Lanskey produced Lycurgus from Star Witness and ended up being best at a mile and a half.

He told the Inglis website."We expected we were breeding a sprinter but [trainer] Danny [O’Brien] sent the blood samples to Ireland and they came back as a 2400m horse.

"So after that, in conjunction with (bloodstock agent) Sheamus Mills I organised for the mare to go to Declaration Of War and when those blood tests came back, they were saying 2800m-plus."

"I want to give a huge wrap to Sheamus Mills, he played a massive role in this result and he deserves so much credit for this.

"To Paul Lanskey, what a great bloke, they don’t come much better.

"And to my staff, this is a huge result for the farm. They get up at all hours of the morning every day of the year and do all the hard work and to sit together here at the farm and watch one of our horses win a Melbourne Cup, knock me down, I’m speechless."

These moments will never be forgotten! Vow And Declare. What a horse! @FlemingtonVRC @Racing pic.twitter.com/40PWcAt9yg

The rest of the frame was filled with familiar names. Frankel, who sired seventh-placed favourite Finche, lost his second place when Master Of Reality was demoted to fourth, leaving Shirocco to fill the runner-up spot with Prince Of Arran and Galileo’s Il Paradiso in third.

FIRST PUBLISHED 10:50AM, NOV 5 2019
I organised for the mare to go to Declaration Of War and when those blood tests came back, they were saying 2800m-plus