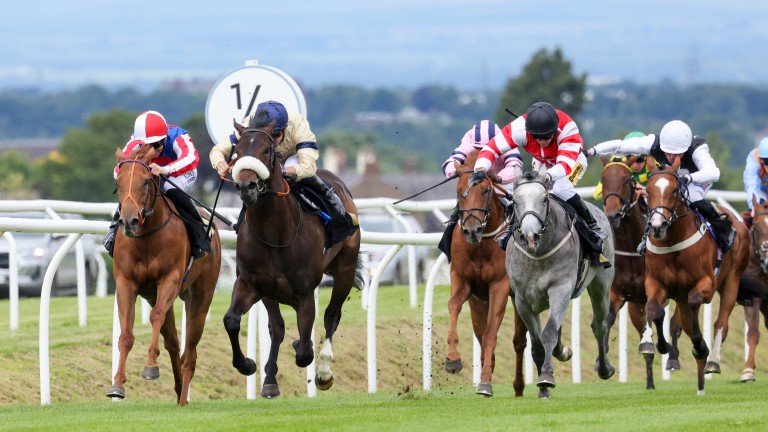 The two-year-old was fittingly bred by Bearstone Stud and sold to Stephen Hillen and Ryan for £24,000 from the Goffs UK Premier Yearling Sale last August.

He is the second foal out of the Kodiac mare Epping Rose, an unraced sister to Amethyst Stakes runner-up Confidence High (now Super Dynamite in Hong Kong) as well as a half-sibling to St Leger runner-up The Last Drop and Nebula Storm, who was a half-length second to Fame And Glory in the 2011 Vintage Crop Stakes. The latter two are both by Galileo.

They are in turn out of Epping, a Juddmonte homebred and winning half-sister to stakes winner Self Defense - a high-class performer over jumps - and to the dam of Ballysax Stakes winner Puncher Clynch. Epping is out of the Dancing Brave mare Dansara, a half-sister to the third dam of the top-class dual-purpose performer Wicklow Brave. 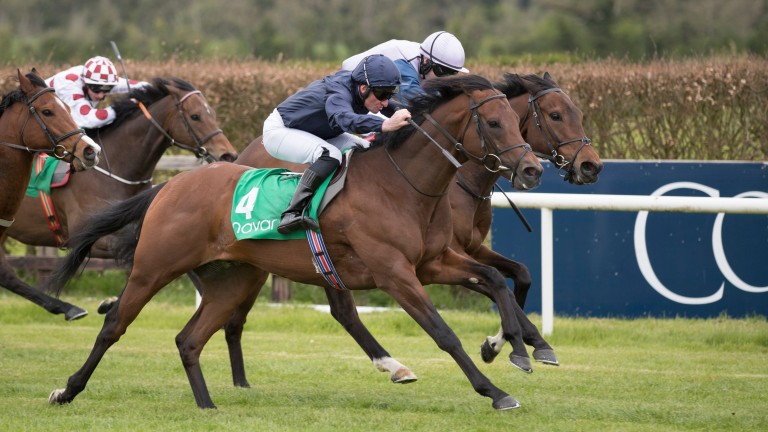 Washington Heights is significantly the first winner for his sire, a son of the late Zoffany who won the Windsor Castle Stakes at two and was second to champion two-year-old Air Force Blue in the Phoenix Stakes.

Trained by Aidan O'Brien for the Coolmore partners, Washington DC also won the Phoenix Sprint Stakes at four and finished second to Marsha in the Prix de l'Abbaye de Longchamp at three. He won five black type contests overall before his retirement to Bearstone for the 2019 breeding season, where he stood for an opening fee of £6,000.

Washington DC, a half-brother to last season's Chester Vase runner-up Sandhurst, sold to Glenvale Bloodstock from Oghill House Stud as a foal from Tattersalls for 75,000gns before making €340,000 to BBA Ireland at the Goffs Orby Sale.

Having stood the 2022 breeding season for a fee of £3,500, the nine-year-old has now produced a winner and three placed runners from a handful of starters so far.

FIRST PUBLISHED 2:46PM, JUN 22 2022
He is the second foal out of the Kodiac mare Epping Rose, an unraced sister to Amethyst Stakes runner-up Confidence High