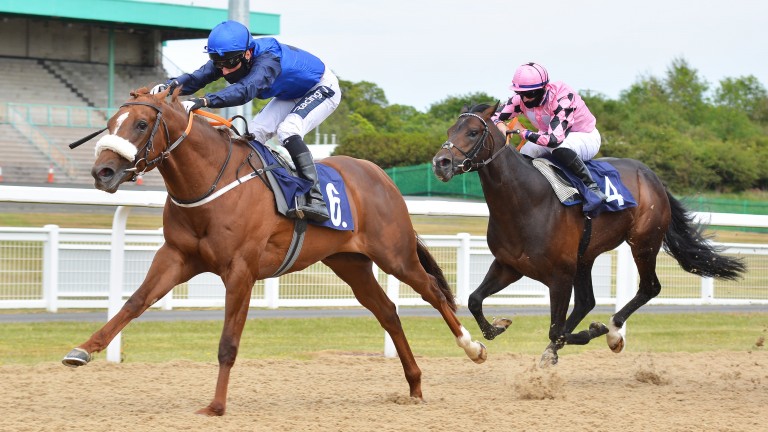 First-season sire Mehmas kickstarted his stud career in earnest on Tuesday by supplying a brace of winners within the space of 30 minutes.

The first came in Italy, where the Irish-bred colt Bridge Dress Me struck for trainer Pierpaolo Sbariggia at Rome, before the seemingly unfancied Muker landed division one of the Betway/British Stallion Studs EBF Maiden Stakes over 5f at Newcastle.

The pair could well be the first of many winners for Mehmas, with the Tally-Ho Stud resident boasting the largest numerical representation of this year's first-crop sires with 146 two-year-olds.

Next on the list with 130 is Vadamos, who also stands at Tally-Ho.

Mehmas has all the attributes to prove a prolific source of two-year-old talent, as he is by a former leading freshman sire in Acclamation, he was a high-class juvenile himself, winning the July Stakes and Richmond Stakes and finishing placed in the Coventry, National and Middle Park Stakes, and he hails from a farm with a proven track record of getting its sires off to a fast start. 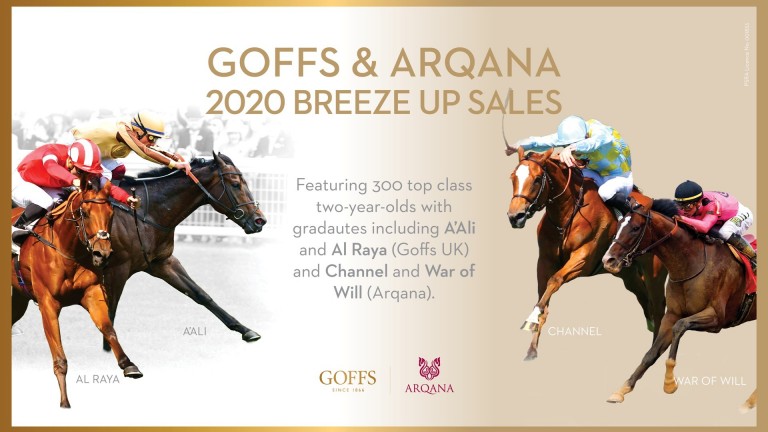 The strength of support Mehmas received at stud prompted RaceBets to install him as its 7-2 favourite to supply more individual winners than any other first-season sire in Britain and Ireland before the end of the turf Flat season in November.

Bred by Joe and June Staunton, Muker joined the Phillip Makin stable after being purchased by owners SYPS at the Goffs UK Premier Yearling Sale for £27,000. The March-born colt, who was pinhooked by Tom Burns at €32,000 as a foal, is a half-brother to three winners, including the useful Lady Mega.

Bridge Dress Me was bred by Michael Phelan of Pipe View Stud in County Kilkenny and is out of Prom Dress, a placed daughter of Mount Nelson. The colt was sold to current connections for just €6,200 at the Goffs Autumn Yearling Sale.

It was so nearly a hat-trick of wins for Mehmas on Tuesday when the Adrian Nicholls-trained filly Mamba Wamba stayed for second in the second division of the Betway Heed Your Hunch/British Stallion Studs EBF Race Maiden Fillies' Stakes at Newcastle.

His most expensive offspring to date is the half-brother to Golden Horde and Exhort who was signed for by Oliver St Lawrence at £260,000 at the Goffs UK Premier Sale. The colt, who is owned by Sheikh Nasser Bin Hamad Al Khalifa and partner, has gone into training with Roger Varian.

There could be further success for Mehmas just around the corner, with his progeny holding a whole host of entries later this week. The sire is due to be doubly represented in the British Stallion Studs EBF Novice Auction Stakes at Yarmouth on Wednesday.

Mehmas becomes the sixth European first-crop sire to open his account at stud, with Adaay, Bow Creek, Dariyan, Goken and Twilight Son also off the mark.

With racing having resumed in France much earlier than in other European countries, Haras de Colleville's Goken has stolen a march on his rivals with five winners already on the board despite a crop numbering just 61 juveniles.

FIRST PUBLISHED 5:38PM, JUN 2 2020
Mehmas has all the attributes required to prove a prolific source of two-year-old talent