The 52kg bay colt is out of the Galileo mare Volcanique 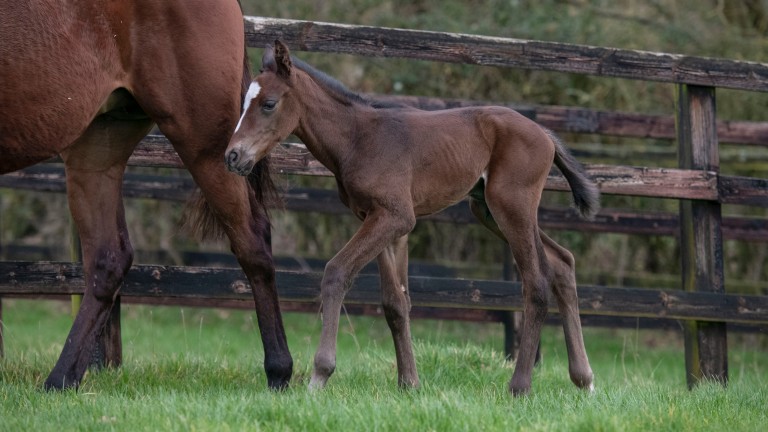 Advertise's first foal, a colt out of the Galileo mare Volcanique, was born at Fittocks Stud on Tuesday
Melanie Sauer
1 of 1
By Kitty Trice UPDATED 5:48PM, JAN 22 2021

Triple Group 1-winning sprinter Advertise is the latest stallion to have his first foal on the ground, a colt out of Galileo mare Volcanique who arrived at Luca and Sara Cumani's Fittocks Stud in Newmarket.

She is herself out of the Group 3-winning Montjeu mare Pink Symphony, a close relation to multiple stakes winner and top-level placed Fantasia.

"He weighed 52kg and is a lovely bay colt with a stripe down his face. He is strong, attractive and well put together - we couldn’t have hoped for any more." 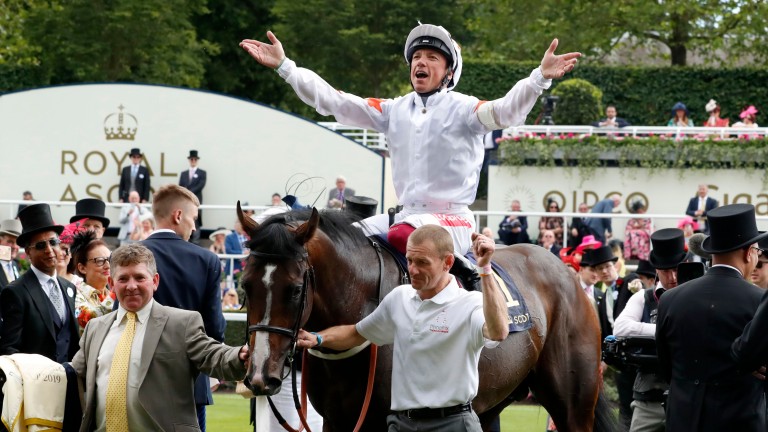 She added: "If all Advertise’s foals look like this then he's a stallion to be excited about. We purchased the mare in December as it's a family we have had a lot of luck with and we thought Advertise was an exciting cover.”

Tim Lane, managing director of the National Stud, where Advertise stands, said “We are delighted that the first foal by Advertise has been born at Fittocks Stud. He's received a glowing report from Mrs Cumani and we're very excited.

"He covered a book of exceptional quality last year, and this year's book is shaping up to be very similar.”

Advertise, a son of Showcasing who stands for a fee of £25,000 in 2021, won the Phoenix Stakes at two before notching up successes in the Commonwealth Cup and Prix Maurice de Gheest at three for trainer Martyn Meade.

FIRST PUBLISHED 6:11PM, JAN 19 2021
He is strong, attractive and well put together - we couldn’t have hoped for any more