John Lawrence owned the champion's dam before giving her away 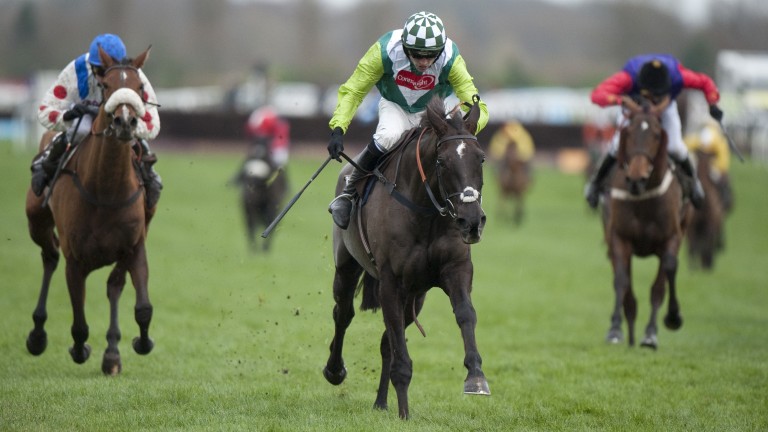 Denman: became one of the National Hunt's modern-day giants
Edward Whitaker
1 of 1
By Tom Peacock UPDATED 8:52AM, JUN 7 2021

Not every newspaper's comment section is a sewer of opprobrium and name calling. Once in a while you learn something new.

When John Lawrence spotted a recent sales report about a three-parts sister to Denman selling well at Tattersalls Cheltenham, it prompted him to post a story on Racing Post Bloodstock's Facebook page about how, in his own words, he "gave away a winning lottery ticket".

For Lawrence was the original racing owner of Polly Puttens, whose track career is barely documented but who has become one of the most recognisable broodmare names in National Hunt breeding.

Her foremost achievement is being the dam of Cheltenham Gold Cup conqueror Denman as well as his somewhat maligned but still Grade 1-winning brother Silverburn and a handful of daughters responsible for bringing through the likes of Polly Peachum, Kayf Grace and Potterman.

Speaking from his home in Portugal, Lawrence takes us back to a day in early 1986 when he had accompanied Peter Jones, a nearby trainer to where he lived in Wiltshire, in driving a box to Ireland to collect a horse.

"We stayed with a fellow called Danny Kinane, who was the uncle of Mick Kinane, he'd retired really from training but Peter picked up a couple of horses from him," he recalls. 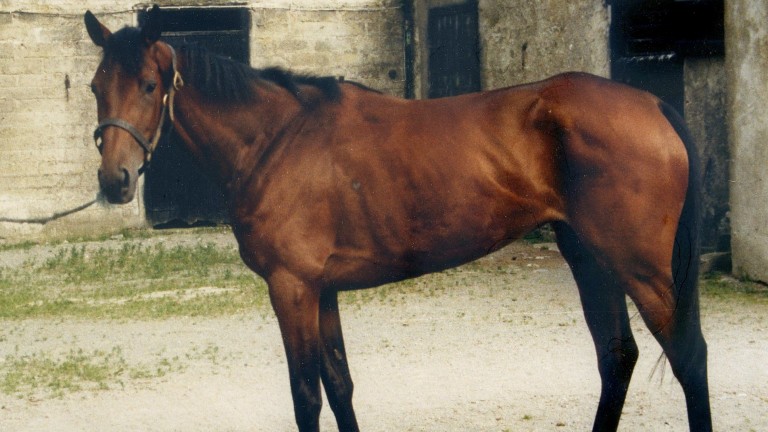 Polly Puttens, back in her racing days in Ireland in the mid 1980s
John Lawrence

"Danny took me out into the yard, took me to a box and said, 'This is the one you want to buy John'. Back then in Ireland you couldn't go into a pub without somebody coming up and offering you a racehorse, because you were English.

"He said he'd trained her mother, My Puttens, and won a lot of races with her, and that his son-in-law had bred the horse. I said we'd talk about it and met his son-in-law in a pub in Clonmel. We did a deal, we agreed on 4,000 Irish punts, I said I'd give him that in cash then, and another 1,000 when she won her first race.

"I left her with Danny to train her and that really created history, because if I'd put her on the box and brought her back [to Britain], there would never have been Denman."

Lawrence would receive regular updates from Kinane, remembering particularly that the trainer asked if he could bill a daily pint of Guinness for her feeding regime.

Polly Puttens, who was named through an amalgamation of her dam and her sire Pollerton, had beaten one of Kinane's brother Christy's best Flat horses in a piece of work and a plan was hatched to get her handicapped before trying to land a gamble.

She was to run three times, a bumper at Thurles in June 1986 and in hurdles at Killarney and Tralee, all over two miles, before she was found to have bowed a tendon.

"I've got videos of the races and the jockey is pulling her head off," says Lawrence. "When I think about how Denman used to run, all the way from the front and running them into the ground, this is obviously where it came from; even her first foals, Potter's Bay and Potter's Gale, they used to pull and wanted to be up front. I often think about what would have happened had we just let Polly Puttens do her thing and go to the front."

Unfortunately the mare, who had to be pin-fired, damaged the tendon again in one more race after returning from a year's absence and Kinane informed Lawrence that she would have to have further treatment.

"I said, 'Well Danny, I haven't got the money to keep going with her so I'll give her to you'. He said that was great and that when she had her first colt, he'd give him to me. The next thing I heard I think she was in Rathbarry with Colman O'Flynn, I suppose Danny had sold her, and that was the last I heard of him or her really." 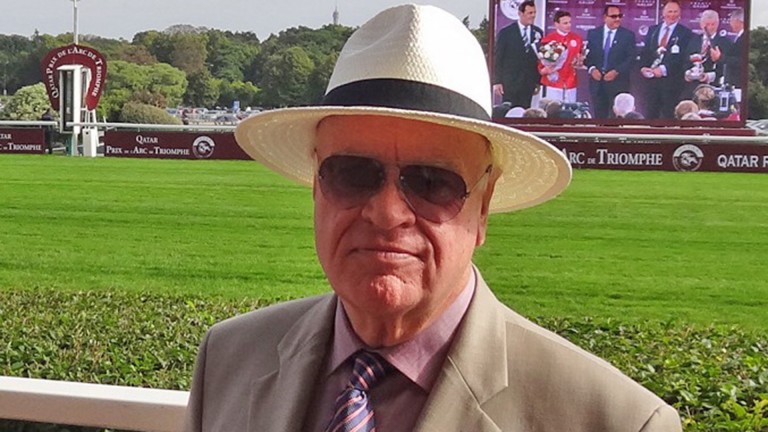 Lawrence, who initially worked for Victor Chandler, has only ever owned a couple of horses and moved out of the racing world and into another entertainment sector. He was a nightclub singer in Eastbourne at a time when household names including Ella Fitzgerald, Bruce Forsyth and Des O'Connor graced the same stage, and he later spent many years as a cruise ship director.

Any regrets at passing Polly Puttens on for nothing are only amplified with hindsight.

"I didn't know much about breeding at that time," he says. "I suppose I'd have had to leave her in Ireland.

"To train a horse was about £100 a week, it was still quite a lot of money, and if I wanted to keep her in a field and breed, I think it might have been £20-£25. I thought, 'I don't know what she can do' and it was just throwing [good] money after bad, so that's why I gave her to him. I'd have been in over my head at that time, it was all new to me.

"When Denman came along, I treated him like he was my own horse and backed him for the Gold Cup. My wife was out in the garden when Denman went in front after a circuit and I was shouting, 'It's destiny, it's destiny!'

"My father and grandfather were in racing, my family's from the bookmaking side of racing, so for me to have a horse that's thrown a Cheltenham Gold Cup winner, it was just unbelievable."

FIRST PUBLISHED 6:00PM, JUN 6 2021
When Denman came along, I treated him like he was my own horse