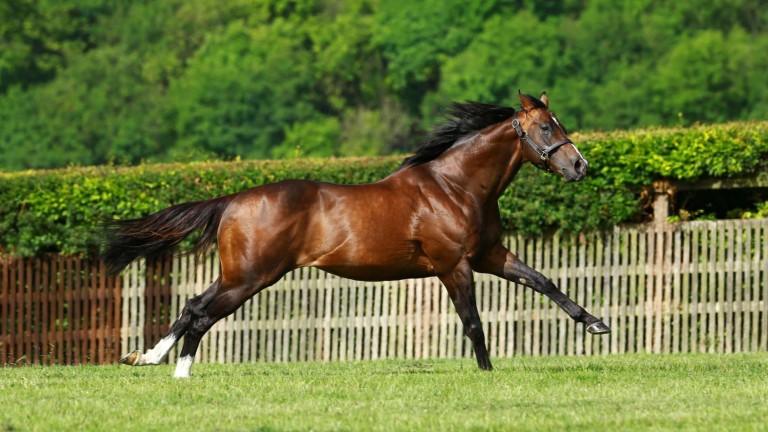 A scintillating set of results with his debut two-year-olds has seen Cable Bay's covering fee more than double to £15,000 for the 2020 breeding season at Highclere Stud.

The son of Invincible Spirit has supplied 24 winning sons and daughters across Europe and has been represented by no fewer than seven black-type performers, despite his first crop being conceived at a fee of just £6,500 – the same price at which he stood in 2019.

Topping his burgeoning stallion record are the Group 3 Molecomb Stakes scorer Liberty Beach and Ropey Guest, who was a fine second in the Horris Hill Stakes at Newmarket on Saturday.

"Cable Bay is clearly upgrading his stock, his track results have been outstanding and we are hopeful of another strong season next year as he covered a big second book and those yearlings sold for blow-away prices," said Highclere's Jake Warren.

The eyecatching achievements of Cable Bay's first crop of juveniles have seen his second crop fetch some significant prices at the latest round of yearling sales. Prominent US agent Mike Ryan gave 320,000gns for a filly out of Tebee at Book 1 of the Tattersalls October Sale, while Shadwell spent £175,000 on a colt out of Bonhomie at the Goffs UK Premier Yearling Sale.

Joining Cable Bay in 2020 is Land Force, with the Richmond Stakes-winning son of No Nay Never being introduced to breeders at a fee of £6,500.

Warren said: "Land Force is the most precocious son of sire sensation No Nay Never at stud, he has an enormous pedigree and is a stonking looker. We’ll be sending masses of our own mares to him as he’s such a commercially attractive stallion." 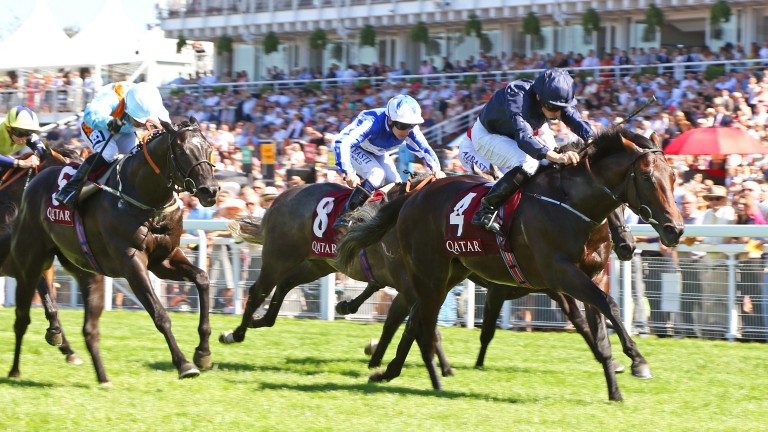 Land Force lands the Richmond Stakes
Ian Headington
Land Force is one of 20 stakes winners by No Nay Never, himself a son of the late stallion sensation Scat Daddy, along with talents such as Middle Park Stakes and July Cup hero Ten Sovereigns and Group 2-winning juveniles Arizona, Mystery Power and Shadn.

Bred by Evie Stockwell, Land Force is out of the Group 3-winning Rock Of Gibraltar mare Theann, making him a half-brother to dual US Grade 1 winner Photo Call.

In turn, Theann is out of the increasingly influential sprinter Cassandra Go, meaning her siblings include Classic heroine Halfway To Heaven, who is also the dam of top-flight winners Flying The Flag, Magical and Rhododendron. Cassandra Go is also a half-sister to the late popular sprint sire Verglas.

Land Force was added to the Coolmore fold when he sold for €350,000 at the Goffs Orby Yearling Sale.

FIRST PUBLISHED 4:12PM, NOV 4 2019
Cable Bay is clearly upgrading his stock, his track results have been outstanding and we are hopeful of another strong season next year