Bloodstock Latest END OF AN ERA

Farm has bred and raced 44 graded stakes winners, such as champion Dance Smartly 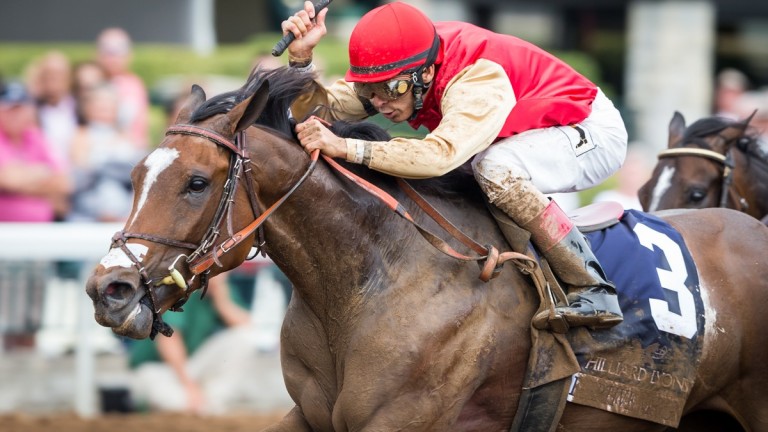 Deceptive Vision: one of many top-notchers to carry the famous red and gold silks with distinction
Matt Wooley
1 of 1
By Andrew Scutts UPDATED 11:53AM, OCT 29 2020

Sam-Son Farm, one of the most celebrated and successful thoroughbred operations in North America, has announced it will be dispersing its breeding and racing stock during the next 12-18 months.

Ernie Samuel founded Sam-Son Farm in 1972 and built it into a world-renowned racing and breeding operation. After his death in 2000, his daughter Tammy Samuel-Balaz took over and led the farm to numerous victories and awards until her own passing in 2008.

After serious consideration and discussion, the owners unanimously decided to initiate an orderly dispersal, in partnership with Fasig-Tipton and Keeneland, and to step back from active participation in the racing and breeding world.

Sam-Son Farm has bred and raced 44 graded stakes winners in the famed red and gold silks, including 37 Classic winners, and 14 Grade 1 winners. The legendary operation has garnered 84 Sovereign Awards and won four Eclipse Awards, including the 2019 Sovereign Awards for Owner and Breeder of the Year.

The Samuel/Balaz families said in a statement: “We are enormously proud of the quality and longevity of Sam-Son Farm and have enjoyed nurturing and celebrating every stage of the equine cycle from breeding, to raising, to racing, to retirement and often, returning to the breeding shed.

"Our horses have given generations of our family such fulfilment and excitement over the years and we felt that the time had come, after five decades, to now share that legacy with the world. It was a bittersweet decision but one that we are committed to pursuing with integrity, transparency and respect. Our horses and our amazing, dedicated employees deserve no less.”

Sam-Son has seen its silks carried by such champions as Dance Smartly, the first Canadian-owned and -bred horse to win a Breeders’ Cup race and who, in her undefeated three-year-old season of 1991, became just the second filly in history to win the Canadian Triple Crown.

Sam-Son also bred and raced Grade 1 winner and influential sire Smart Strike, a half-brother to Dance Smartly. The son of Champion Sire Mr Prospector had a magnificent career at stud, topping the American General Sire List in 2007 and 2008 and being inducted into the Canadian Racing Hall of Fame in 2008.

Rideforthecause represents one of Sam-Son's oldest and by far the most successful family, dating back to none other than foundation broodmare No Class.

Woodbine Oaks winner Desert Ride dates back to Oleana through five generations, giving her the distinction of being a descendant of the oldest family in the farm's programme. 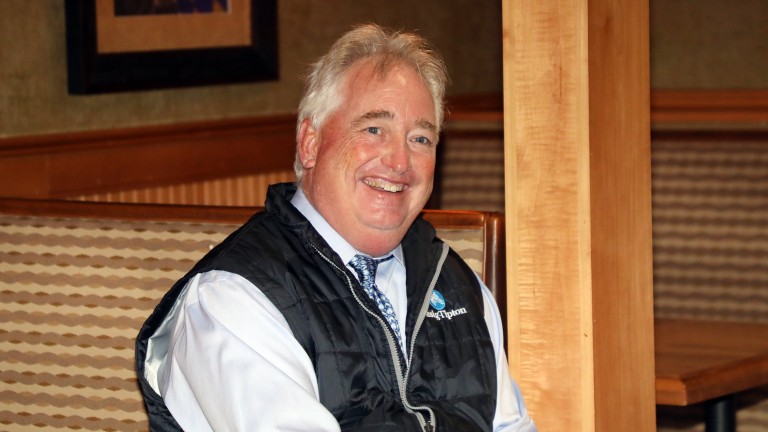 Boyd Browning, president and chief executive of Fasig-Tipton, said: “Sam-Son Farm has been an iconic name in thoroughbred racing and breeding for nearly half a century. This programme has produced numerous Grade 1 winners, champions and Hall of Fame racehorses.

"Sam-Son horses have had a profound influence in top pedigrees around the world and will continue to do so for many generations. Although saddened to see them dispersing their thoroughbred holdings, we are honoured to assist them in this process."

Sam-Son Farm will present its remaining in-foal mares at the 2021 Keeneland January Horses of all Ages Sale. This consignment currently stands at 21 and includes Grade 1 producers Danceforthecause and Song Of The Lark as well as young stakes-winning mares Checkered Past, Dance Again, Deceptive Vision, Mythical Mission, Smartyfly and Southern Ring.

Keeneland president-elect and interim head of sales Shannon Arvin said: “Keeneland and Sam-Son Farm have enjoyed a long, successful relationship. Over the years, a number of Sam-Son horses have raced here, and the farm received the prestigious Keeneland Tray during the 2005 Spring Meet to recognise its graded stakes success – a milestone that only 20 owners have reached in track history.

"We are privileged that Sam-Son has entrusted Keeneland to offer this distinguished group of mares at the January Sale.”

English King bound for Australia after selling for 925,000gns

FIRST PUBLISHED 11:44AM, OCT 29 2020
It was a bittersweet decision but one that we are committed to pursuing with integrity, transparency and respect