Daughter of Indian Ridge is the granddam of Magical and Rhododendron 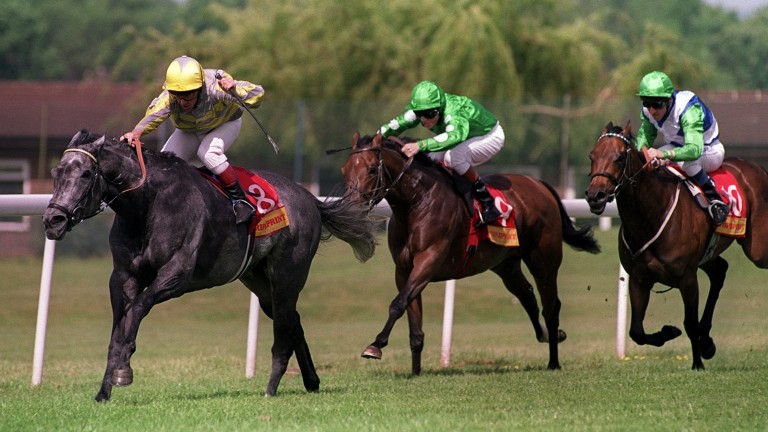 Top-class producer Cassandra Go, winner of the 2001 King's Stand Stakes and dam of Classic heroine Halfway To Heaven, has died at Ballyhimikin Stud at the age of 25.

Bred by John McKay, Cassandra Go was purchased by owner Trevor Stewart for 82,000gns as a foal through Joss Collins of the BBA. The original plan had been to resell the filly as a yearling, but when she came under the hammer at the 1997 Tattersalls Houghton Sale, Stewart bought her back for 200,000gns.

Sent into training with Geoff Wragg in Newmarket, the daughter of Indian Ridge maintained a steady upward trajectory during the course of four seasons in training, during which time she notched six victories.

A winner over seven furlongs and Listed placed over a mile at three, Cassandra Go really began to blossom when dropped back to the minimum trip with victories in the Listed Lansdown Fillies' Stakes and King George Stakes during a fruitful four-year-old season.

Very sad to have to say goodbye to our wonder mare Cassandra Go today. She has provided our family with great moment over the past 25 years, from winning the King’s Stand at Royal Ascot to producing a Classic winner. pic.twitter.com/mCHcOBmyJJ

She returned at five to bag a brace of Group 2s, namely the Temple Stakes at Sandown and the King's Stand Stakes at Royal Ascot. She signed off with a career-best effort on Racing Post Ratings when finishing runner-up to Mozart in the Group 1 July Cup.

However, her exploits on the racecourse were just the start of something altogether more significant. She has bred nine winners, including four who have gained black type, most notably Halfway To Heaven.

The result of Cassandra Go's mating with Pivotal, Halfway To Heaven, a €450,000 purchase by Demi O'Byrne, has done most to shore up her dam's legacy having won three Group 1s for the Coolmore partners, namely the Irish 1,000 Guineas, Nassau and Sun Chariot Stakes. 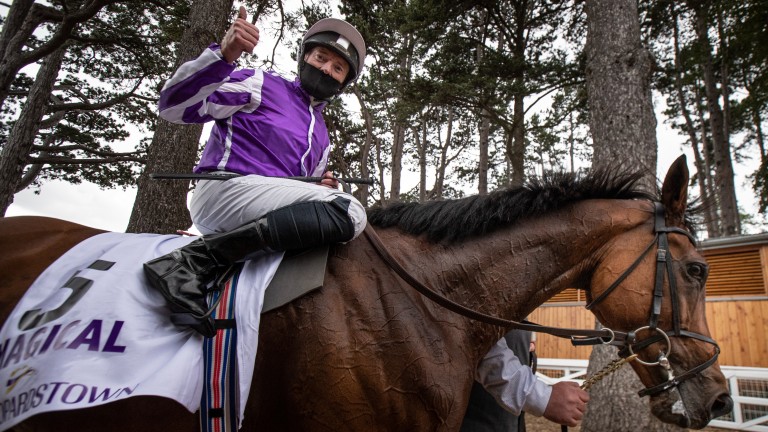 Having been mated exclusively with Galileo since joining the Coolmore broodmare band, Halfway To Heaven has developed into an exceptional producer, with her five winners headed by seven-time Group 1 scorer Magical and her champion sister Rhododendron.

Flying The Flag, a Group 3-winning son of Galileo and Halfway To Heaven, now stands at Bush Hill Stud in South Africa.

Cassandra Go's brood also includes Theann, a €400,000 purchase by John Magnier who ran in the colours of the Coolmore supremo's mother, Evie Stockwell.

Theann won the Group 3 Summer Stakes during her racing career, and went on to produce dual Grade 1 winner Photo Call, who was added to Katsumi Yoshida's broodmare band at $2.7 million, and the Richmond Stakes scorer Land Force, who is now on stallion duty at Highclere Stud. 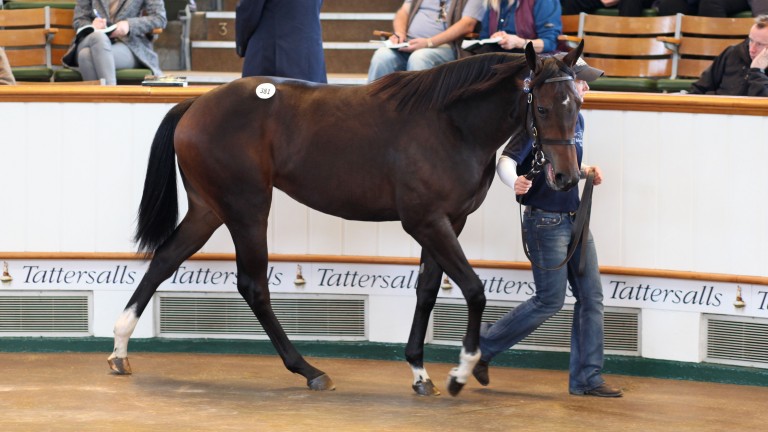 The Invincible Spirit filly out of Cassandra Go sells to MV Magnier for 1,600,000gns at Book 1 of the Tattersalls October Yearling Sale in 2017
Laura Green

Allez Alaia, a sister to Halfway To Heaven, is also the dam of the most expensive lot ever sold at Book 2 of the Tattersalls October Yearling Sale after Shadwell gave 1,050,000gns for her Dark Angel filly in 2019.

A number of Cassandra Go's progeny remain in Stewart's ownership, including the Group 3-winning Tickled Pink, now the dam of four winners herself, the promising three-year-old Gleneagles filly Holly Golightly, her two-year-old Churchill colt Once Upon A River and her 16th and final foal, who is by Night Of Thunder.

FIRST PUBLISHED 11:13AM, JUN 24 2021
Her exploits on the racecourse were just the start of something altogether more significant