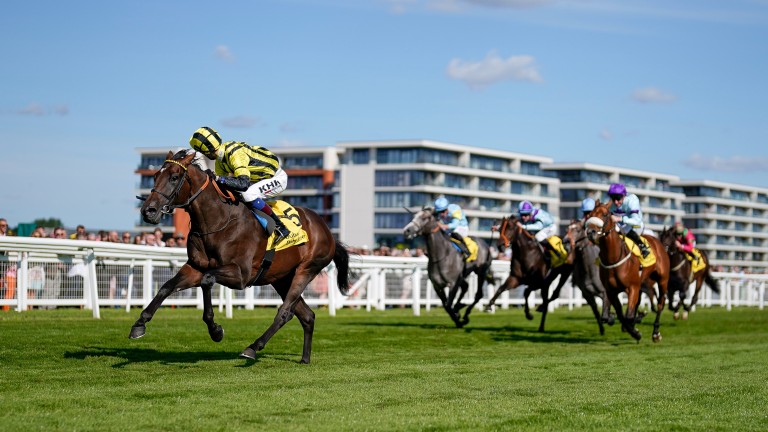 Sakheer, who commanded a hefty sum just four months ago when he went through the ring at the Arqana Breeze-Up, is beginning to look worth his weight in gold with his dazzling victory in the Dubai Duty Free Mill Reef Stakes at Newbury.

The well-made son of the late Zoffany was initially picked up for 80,000gns by Camas Park Stud from Yellowford Farm at the Tattersalls December Foal Sale and went unsold at Keeneland at $65,000 last year.

He would resurface through Willie Browne’s Mocklershill in France, when bought by agent Oliver St Lawrence for €550,000 on behalf of KHK Racing, the Bahraini entity responsible for last week’s St Leger hero Eldar Eldarov.

An equally stylish novice scorer at the start of the month, Sakheer’s lineage traces back to Winning Colors, one of an exclusive trio of fillies to have won the Kentucky Derby.

He is out of the Arcano mare Shortmile Lady, already responsible for the daughter of Raven’s Pass Lemista, who won a Curragh Group 2 for Ger Lyons and this summer added the Grade 3 Matchmaker Stakes at Monmouth Park for Chad Brown and owner Peter Brant.

"He was the top lot in that sale at Arqana," said St Lawrence. "He did that really nicely and all options are open for him now. I’m sure Shaikh Khalid will be over the moon, he’s having a bit of a run, as is Mr Egan."

Drumlin Bloodstock bred Sakheer, whose his half-brother by Exceed And Excel was bought by Ard Erin Stud at Tattersalls last year for 50,000gns and now looks an exceptional pinhooking prospect as lot 873 at Book 2 next month.

Another of Egan’s four consecutive winners, Stay Alert, was maintaining a decent run of success for the Arbib family in the Group 3 Legacy Cup. 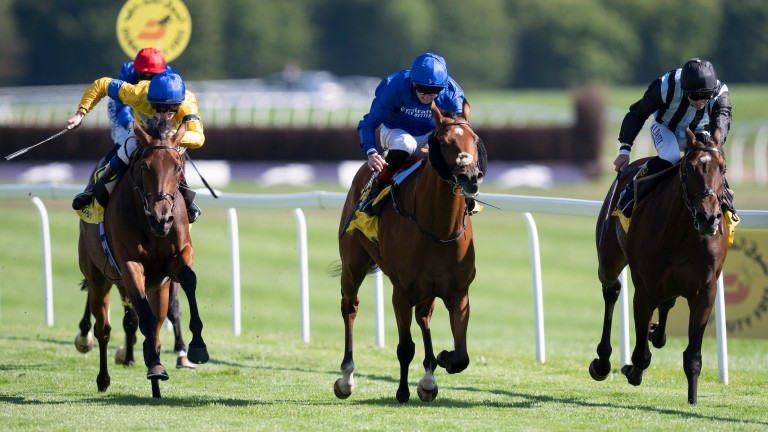 The Fastnet Rock filly has barely put a foot wrong and particularly at the track, where she chased home the top-class Nashwa in a Classic trial and later landed the Listed Abingdon Stakes.

A second generation to have been bred by the family through Chris Budgett’s Kirtlington Stud, Stay Alert is out of their Park Hill Stakes runner-up Starfala, who has also delivered a Group-placed and Listed-winning sister in Star Rock and the useful hurdler Stag Horn.

"We won the St Leger in 1990 with Snurge with Paul Cole, I think Hughie was assistant there then, and I congratulated the jockey, who wasn’t born until nine years after Snurge had won," said Sir Martyn Arbib.

"Newbury has been a very lucky place, Her Majesty won the St Simon Stakes [with Phantom Gold in 1995] when Perpetual sponsored it as well.

"We’ve always thought Stay Alert could be very good and I think we will keep her for next year. We’ve also had Soulcombe [the Melrose Handicap winner] this year with Chris Budgett, which is where we keep all the mares."

FIRST PUBLISHED 5:29PM, SEP 17 2022
We’ve always thought Stay Alert could be very good and I think we will keep her for next year