Bloodstock Latest START OF THE FLAT 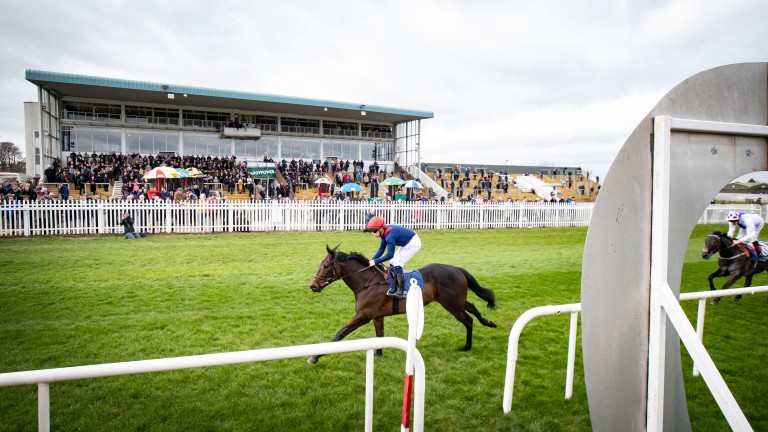 For the second time in five years, Michael O'Callaghan trained the winner of the first juvenile race of the Irish turf season, with Epaulette colt Red Epaulette showing his rivals a clean pair of heels at Naas on Sunday.

Garswood colt Value Chain stayed on for second while Dawn Approach, who won the same race at the Curragh in 2012, was represented by two fillies in the 12-strong field with Feminista holding on for third.

The winner was bred by Tom and Hazel Russell of Ballinalard Stud in County Tipperary, also the breeders of Temple Stakes scorer Look Busy, and is the fifth winner out of the Intikhab mare Shall We Tell, an unraced half-sister to the 2006 Prix de Diane winner Confidential Lady.

Epaulette - who shuttled from Australia to Dalham Hall and Kildangan Stud between 2014 and 2018 - was also quick out of the gates, winning his first two starts at two before going on to win twice at the highest level at three.

O'Callaghan also won the opening race of the Irish turf season in 2015 with Dandy Man colt State Of Emergency.

Normandel was saddled by Jim Bolger, who trained Priory Belle to win the Moyglare Stud Stakes for Ballylinch in 1995. The mare was formerly owned in France by Gerard Augustin-Normand, for whom she won a Listed race at Compiegne.

There was also a significant winner of the Madrid Premier Handicap, with 8-1 scorer Never No More by last year's leading first-season sire No Nay Never.

The sire's other three-year-old runners this year include Vanilla Gold, who was third in Listed company at Chantilly this month, and Unicorn Lion, an 850,000gns Tattersalls Book 1 purchase for JS Company who opened his account at Kyoto in January.

No Nay Never, whose fee quadrupled to €100,000 this year, won the Norfolk Stakes and Prix Morny at two and was runner-up to Bobby's Kitten in the Breeders' Cup Turf Sprint at three.