Cashel native took to the rostrum at Goffs last week 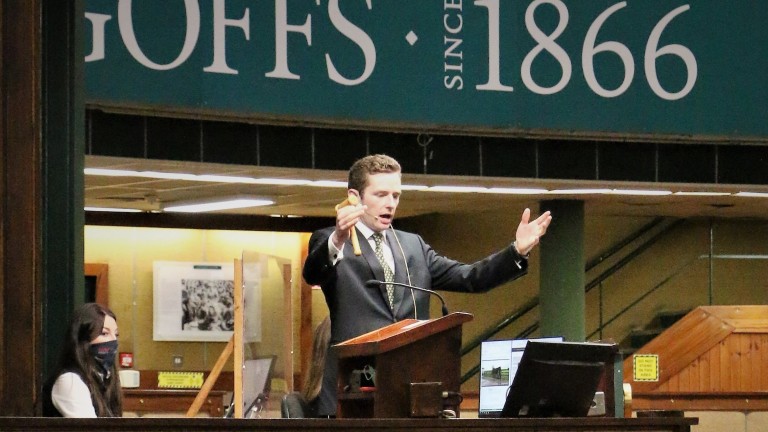 Having demonstrated an ability to sell everything from paintings to cattle, Michael Ryan made a smooth transition to thoroughbred yearlings as he became the newest face to appear on the Goffs rostrum.

The Cashel native has earned his stripes not only as one of the company’s bid spotters but having accumulated widespread experience through the Irish National Stud’s breeding course and spells working for the likes of Tommy Stack, Ballylinch Stud, Gerry Dilger in America, and Canning Downs and Newgate Farm in Australia.

But it was only after winning last year’s Institute of Professional Auctioneers and Valuers Novice Rostrum Auctioneer award that he decided to aim for the next step.

"I did property valuation and management in college and I suppose I’d been working in horses at that stage and someone suggested that going to Goffs bid-spotting might be an interesting combination of both backgrounds," he explained. 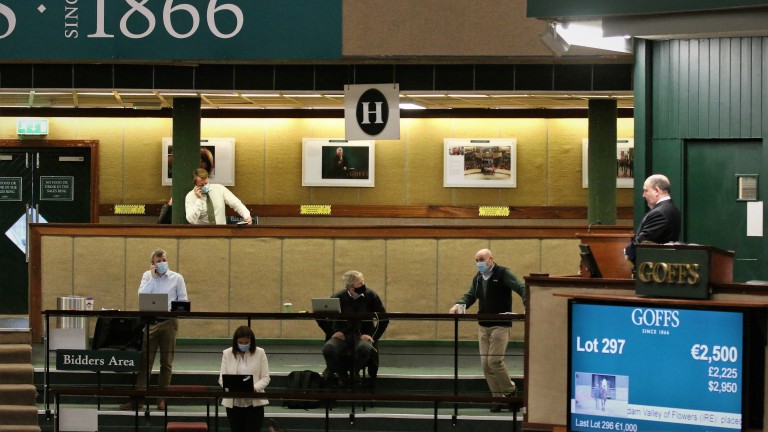 "I did that during my years through college and was lucky enough to see everything across the board - I worked on the rostrum with all the auctioneers, saw how they did it.

"It was actually at the suggestion of a friend of mine, John Fitzgerald, who’s a local auctioneer, that I entered the competition.

"It was across all the disciplines, houses, land, livestock, fine art, and I suppose it was really more that they wanted to see the actual practice of auctioneering live.

"I think I’d forgotten how much I liked it. I’ve done a bit of livestock but it gave me the impetus to go back into more live selling."

Ryan is from a primarily farming background but could hardly avoid racing in his neck of the woods, not only growing up a couple of miles from Aidan O’Brien’s stable but being a school contemporary of broadcaster Kevin Blake at Rockwell College.

Even though an Autumn Yearling Sale which was open only to online and telephone bidders could be considered an ideal dress rehearsal, he confessed to some nerves when it was his turn with the gavel last Tuesday.

"Obviously when you’re in some way familiar with the system it’s an advantage, but when you’re standing on that rostrum at Goffs, given there’s so much history with the ring, suddenly the limelight is on you," he said.

"It was a great experience, albeit a strange one with nobody in the ring and no horses in the ring. It was maybe a better introduction than what it would be like normally, but I was certainly relieved when I got my first bid."

FIRST PUBLISHED 3:32PM, NOV 24 2020
It was a great experience, albeit a strange one with nobody in the ring and no horses in the ring