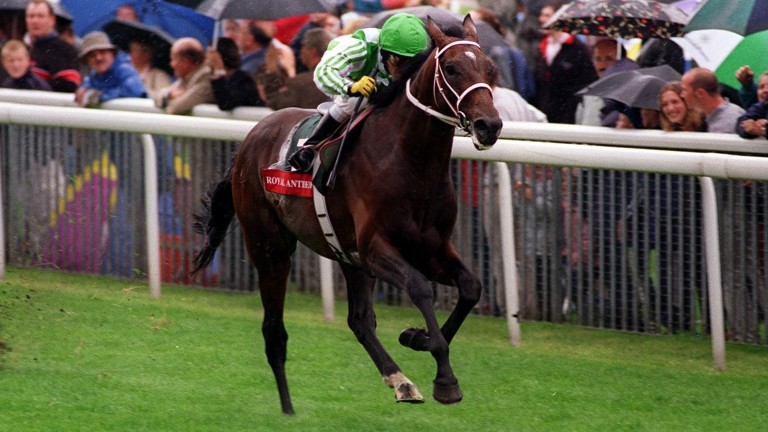 Beech Tree Stud in Somerset was dealt a double blow just before Christmas when it said farewell to two of its four-strong roster.

Juddmonte International hero Royal Anthem, who was 23 years old, succumbed to the effects of lymphangitis in his back leg.

Royal Anthem excelled over middle distances and secured wins at the highest level at three, four and five, running out an impressive eight-length winner of the 1999 Juddmonte International.

The son of Theatrical retired to Hopewell Farm in Kentucky, before switching to Tullogher House Stud in County Kilkenny for the 2007 breeding season, where he stood alongside the Prix du Jockey Club third Coroner. He remained there until 2015 and switched to Beech Tree the following year.

Bred by John Franks and raced by the Thoroughbred Corporation, Royal Anthem also finished second to Fruits Of Love in the 1999 Hardwicke Stakes, with that rival following up in the same race a year later. Fruits Of Love, a son of Hansel, sadly died last year due to an infection at the back of his knee.

Among Royal Anthem's best runners is Presious Passion, a dual winner of the Grade 1 United Nations Stakes who also struck in the Grade 1 Clement L Hirsch Memorial Turf, while over jumps he supplied Rattan, who won five of his six races for Willie Mullins.

Meanwhile Apple Tree, who was one of the oldest active stallions in Britain having serviced mares at the age of 29 last year, suffered from a suspected fracture of the pedal bone.

He was bred by Paul de Moussac and was foaled in 1989 - the same year Nashwan prevailed in the Derby and Desert Orchid won the Gold Cup. 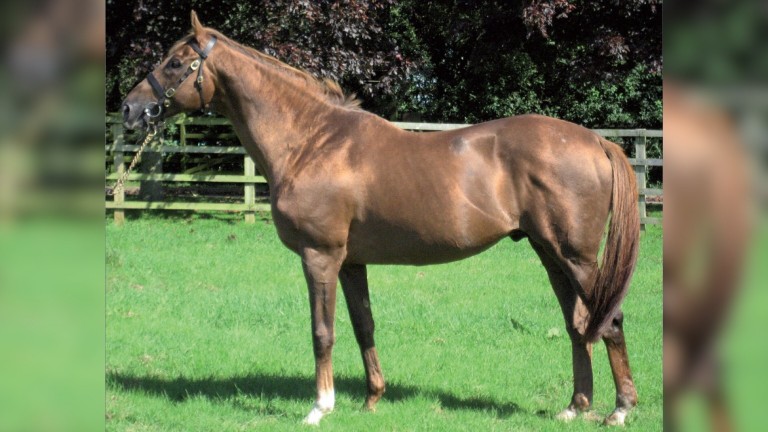 Like Royal Anthem, the son of Bikala was an exceptional middle-distance performer landing elite races at three, four and five including wins in the Coronation Cup and Grand Prix de Saint-Cloud in 1994.

"Apple Tree earned over a million in prize-money which was a big deal in his day," said Judy Munnis, who owns and manages Beech Tree together with her husband Allan.

Apple Tree initially stood at the French National Stud before relocating to Beech Tree, where he stood for ten seasons between 2009 and 2018.

Among his best runners were the Long Walk Hurdle winner Lough Derg and Pomme Tiepy, one of the earliest big-race winners for Susannah Ricci having won two Grade 2 novice chases.

Beech Tree Stud will stand Geordieland and Saddler's Rock for the 2019 breeding season, available at fees of £2,000 and £1,500 respectively.