'Our stud secretary has said clients have never been so organised' 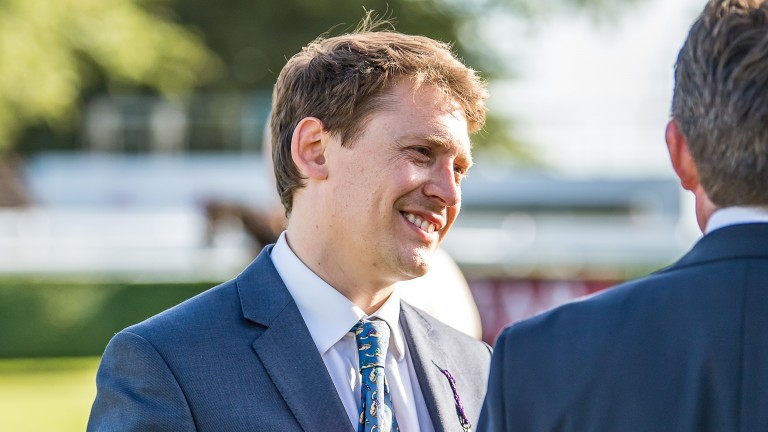 Ed Harper, director of Whitsbury Manor Stud in Hampshire, tells us about how he is managing – both personally and professionally – with the Europe-wide lockdown to slow the spread of the coronavirus

From the start of lockdown our long-serving secretary Carole Steel volunteered to manage the office alone, so stud manager Phil Haworth and myself had to move out.

Rather than just sit at home on my laptop I decided to try and help the team by keeping an eye on the pregnant mares throughout the afternoons. I would park my car next to the foaling unit and keep an eye out, not expecting much to happen, while speaking to clients on my mobile.

However, three mares did decide to test whether I still remember what to do by deciding to get down quickly and foal in the paddock during my watch which, on one occasion, rather ruined a pair of shoes as I was not properly prepared.

Can you give us a taste of some of the nice foals you've been welcoming this year?

We have a very powerful Havana Grey colt out of Satsuma, which makes him a half-brother to last year's Cornwallis winner Good Vibes. We're delighted with our Havana Greys and have sent a number of our mares back to him after having good foals such as Dolly Colman, whose Adaay yearling made 120,000gns last year.

We've also had a nice full-brother to Tasleet, by Showcasing, born a couple of weeks ago.

Anything that can mitigate the inevitable downturn is hugely welcome, but I'd be careful not to assume that it will go as well as it has at Inglis.

Australia has a much healthier market to begin with, racing has not stopped out there, and they have a culture of getting on the road and inspecting horses prior to sale.

Personally, I will make it as easy as possible for those wanting to come to Whitsbury and inspect our horses this year. We have 36 yearlings to sell, more than ever, so it would be worth the while.

We're on course to cover 450 mares through our shed this year, a record number, so we're lucky to have popular stallions at a difficult time.

In terms of our own broodmares, we've covered fewer mares to outside stallions so our foal sales draft next year will look more Whitsbury-centric.

I'd rather not think about it. Whether it be 10 per cent down or 60 per cent down my intent will be exactly the same: to do the best for my clients and breed fast horses.

The North American Jockey Club has announced a 140-mare stallion cap. You choose to limit books at Whitsbury Manor Stud, but would you welcome other studs in Europe being forced to do the same?

Generally in life I'm pro-free market, but I've noticed that the sale catalogues and top races have become less diverse even in the relatively short time that I've been directly involved in the industry.

It would be a shame to lose the nuance of breeding if only a handful of top stallions remained in the country. We've seen so many stallion studs stop trading in Britain over the last 25 years, and no doubt it has been the increase in stallion book sizes that has been the main driver for this.

Our stud secretary Carole has said our clients have never been so organised! There have been far fewer last-minute paperwork panics before covering.

I thought there was a huge opportunity for racing to grab new interest if it could start up before other live sports, and perhaps there is still time.

I've certainly learned to enjoy what you love, so perhaps the enforced introspection may encourage some people to take the plunge in to ownership.

I read Eddie Jones' autobiography and felt a strange sense of kinship with him. I too struggle with my competitive sporting nature at times. I recommend it to any sports fan, not just rugby people.

It was much better than Ben Stokes' new book, which sent me to sleep.

Crikey, I could write for hours. I'm desperate for Adaay's first two-year-olds to be unleashed. I'm hoping Due Diligence's Group winners from his first crop last year, Streamline and Good Vibes, can run in the top three-year-old sprints.

Showcasing has his best bred crop of two-year-olds to run for him, and then there is also Kurious, who we lease to Hot To Trot. She's a very exciting sprint proposition for us and could be anything.

FIRST PUBLISHED 8:29AM, MAY 15 2020
I'm desperate for Adaay's first two-year-olds to be unleashed