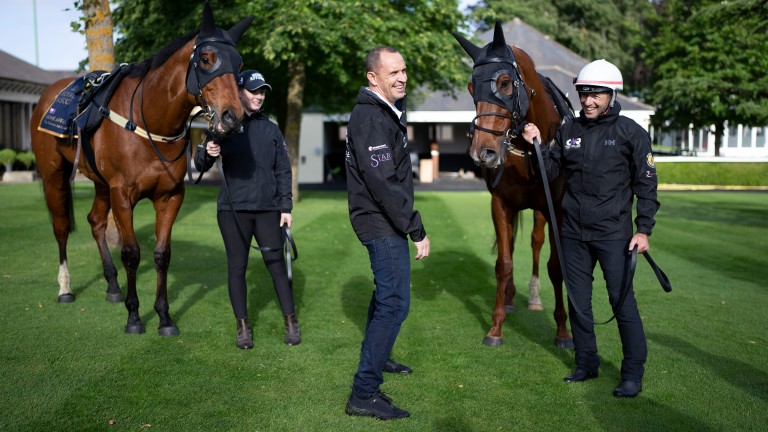 Dual Group 1 winner Home Affairs has run his last race after Coolmore confirmed the son of I Am Invincible had been retired.

The news comes after the Chris Waller-trained Home Affairs finished a disappointing 20th of 24 in the Platinum Jubilee Stakes at Royal Ascot on Saturday.

“Home Affairs has been retired from racing and will come straight to Coolmore from quarantine following his return to Australia," said Coolmore Australia principal Tom Magnier.

Despite being sent off the 5-2 favourite for the Platinum Jubilee, Home Affairs failed to repeat the scintillating performance of stablemate Nature Strip, who won last Tuesday’s King’s Stand Stakes at Royal Ascot, a performance which cemented his position as the world’s highest-rated sprinter.

Waller’s assistant trainer Charlie Duckworth confirmed to ANZ Bloodstock News on Sunday that Home Affairs had pulled up ‘slightly stiff behind’ after the run, while the stewards’ report from the Group 1 sprint also highlighted a post-race issue had been discovered.

"He wasn’t 100 per cent sound after the race on Saturday which may explain his disappointing effort,” Magnier continued. “It was a great shame he didn’t give his true running as the form he showed in both of his Group 1 wins would have entitled him to win.

“Nature Strip was further proof if any was needed of the calibre of the Australian sprinters vis-a-vis the rest of the world.”

In a ten-start career, Home Affairs recorded four wins, all at stakes level. On debut at two he won the Silver Slipper Stakes, a key lead up to the Golden Slipper a fortnight later, in which he finished eighth.

Having won the stallion-making Coolmore Stud Stakes at Flemington during the spring, Home Affairs returned to Melbourne in the autumn to become the first three-year-old colt since Coolmore stalwart Fastnet Rock in 2005 to win the Black Caviar Lightning Stakes, beating Nature Strip by a head.

"Home Affairs is a fantastic looking individual and was a joy to train," said Chris Waller. "He had everything we look for in a racehorse."

Last month it was announced by Coolmore that Home Affairs would stand his first season at stud for a fee of A$110,000 (inc GST).

"Home Affairs has already attracted a full book of high-quality mares so we’re delighted with the support he has received from Australia’s top breeders," said Coolmore’s Tom Moore.

FIRST PUBLISHED 11:21AM, JUN 22 2022
It was a great shame he didn’t give his true running as the form he showed in both of his Group 1 wins would have entitled him to win