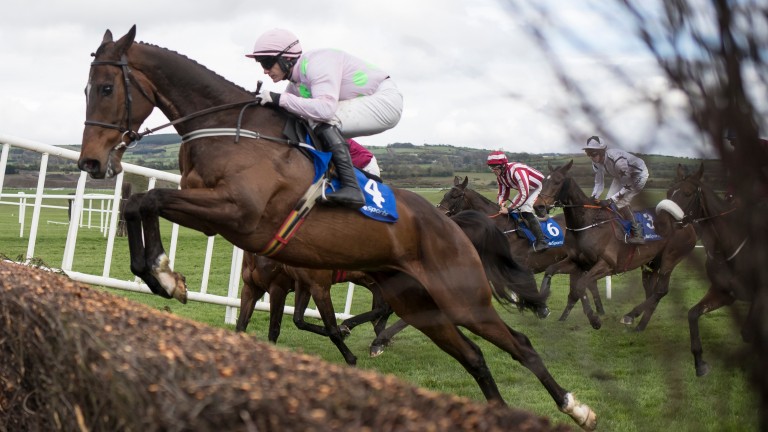 Douvan: a brother to the top-class chaser sold for ?140,000 during day one of the Tattersalls Ireland Derby Sale
Patrick McCann (racingpost.com/photos)
1 of 1
By James Thomas UPDATED 2:24PM, JUN 26 2019

A brother to top-class chaser Douvan set the pace during some strong opening exchanges at the Tattersalls Ireland Derby Sale on Wednesday, as Paul Holden and Michael Shefflin joined forces at €140,000 to secure the son of Walk In The Park.

The pair were joined in the Fairyhouse sales ring by Holden's daughter, the trainer Ellmarie Holden, who will now take charge of the well-related youngster at her Ballyhale base in County Kilkenny.

"We thought he was extremely good value at that price," said Shefflin. "He's a full-brother to a fabulous horse. I liked him to look at, you'll find fault in any horse but he was well able to walk and he's a fine big, strong horse. 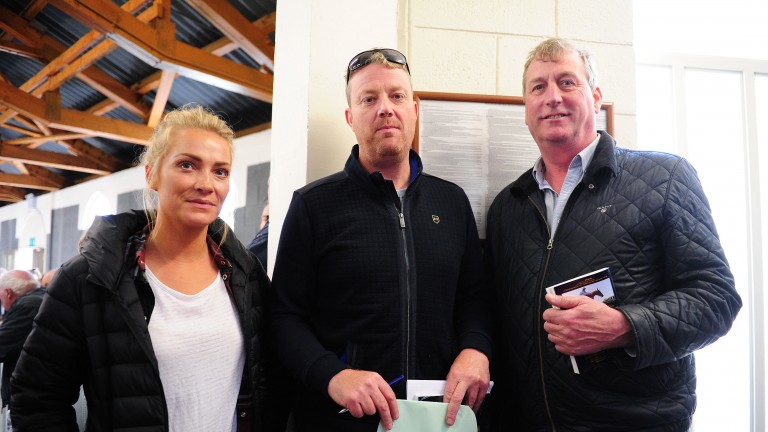 Ellmarie and Paul Holden with Michael Shefflin (centre) after landing the winning bid for Douvan's brother at ?140,000
Pat Healy
"He seemed to have a little bit of that swagger that Douvan has. Physically they're quite similar, his brother has a massive engine and is a proper athlete so hopefully this guy can be something like him.

"I like the sire too, he's got a great strike-rate and his foals have sold very well recently, Coolmore are really supporting him."

The three-year-old, bred by Lotfi Kohli and consigned by Church View Stables, is the fourth foal out of Star Face. The only runner produced by the daughter of Saint Des Saints is the mighty Douvan, whose record of 14 wins from 18 starts includes eight Grade 1 triumphs.

"I like the fact that the mare has only had the one runner and one winner and that's Douvan," continued Shefflin. "What more can you ask for? If he can live up to half of what his brother has done that'll be plenty." 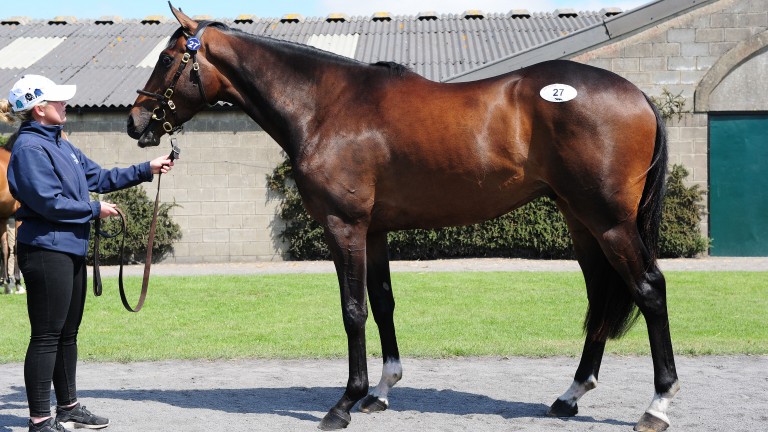 Lot 27: the full-brother to Douvan strikes a pose on the Tattersalls Ireland sales ground
Pat Healy
Shefflin went on to explain that potential buyers may yet get another look at Douvan's full-brother at public auction, as he has been bought with resale at the forefront of his new owners' minds.

"Ellmarie Holden will train him and we'll take it from there," he said. "We'll look to run him in either a bumper or a point-to-point, and if he runs well we'll probably look to sell him on. If he does something impressive on the racetrack, with that pedigree, he can only go up in value."

Celebrity Tattersalls Ireland Derby Sale graduates before they were famous

FIRST PUBLISHED 2:14PM, JUN 26 2019
He seemed to have a little bit of that swagger that Douvan has