Stallion had been most recently at Haras de Bouquetot 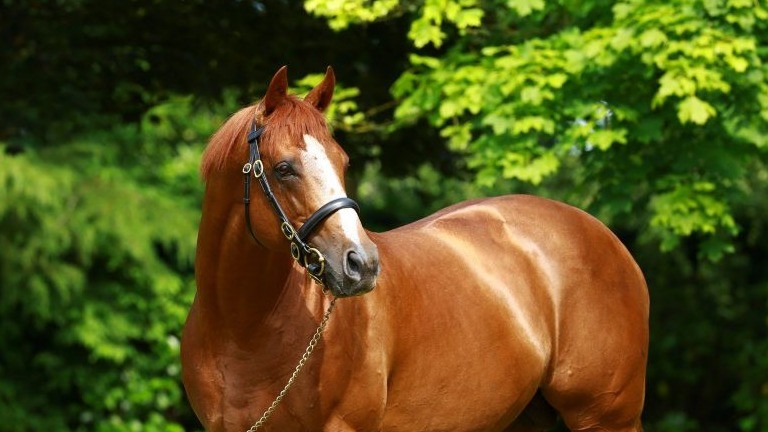 Italian breeding has received a fascinating addition to its ranks with the news that the 2013 Derby winner Ruler Of The World will be standing next year.

The son of Galileo will be managed by the partnership of Italian Thoroughbred Breeders' Association president Mattia Cadrobbi, Marco Bozzi and Guido Berardelli, and will be heading to the Allevamenti della Berardenga, or Scuderia Andy Capp, near Siena in Tuscany.

Bright chestnut Ruler Of The World burst onto the scene pretty quickly, making a winning debut as a three-year-old at the Curragh in April and taking Epsom glory for Aidan O'Brien and Ryan Moore on only his third start. He was later a close third to Farhh in the Champion Stakes at Ascot.

As a four-year-old, he entered joint ownership between Al Shaqab Racing and the Coolmore partners, adding the Prix Foy to his collection that September.

He entered stud at Coolmore, spending five seasons in Ireland but spent his last two years at Al Shaqab's Haras de Bouquetot, most recently for a €5,000 fee that will remain the same at his new home.

"It's big news for Italy and it is with the same crowd that stood Magician last year," Bozzi, a bloodstock agent, explained.

"Magician is going back to Ireland, he covered 140 mares this year so we were very pleased. We have now got Ruler Of The World, who is a good sire and has already sired a Group 1 winner in Iridessa."

Iridessa proved a surprise and welcome arrival for Ruler Of The World, who had fairly small crops from Coolmore and just 19 reported two-year-olds representing him this year.

Joseph O'Brien's filly provided her sire with a first Group 1 victory in the Fillies' Mile of 2018 and went on to land three more in the Pretty Polly, Matron and finally on her swansong in the Breeders' Cup Filly & Mare Turf.

He has had further joy this season from the Paddy Twomey-trained La Petite Coco, who continued her extraordinary rise through the ranks by claiming the Group 2 Blandford Stakes at the Curragh last weekend.

No Risk At All fee increased while Technician adds strength to Montaigu roster 'The long and short of it is they have to win - if they don’t, you're buggered' $750,000 Empire Maker colt tops blockbuster Fasig-Tipton second session Record Autumn Horses in Training Sale trade topped by 700,000gns Grocer Jack Yearlings added to Goffs Autumn sale by Australia, Churchill, Mehmas and more 'I'm still buzzing!' - Classic hopeful Hannibal Barca sells for 500,000gns