Businessman had Fortescue and Blenkinsop with Henry Daly 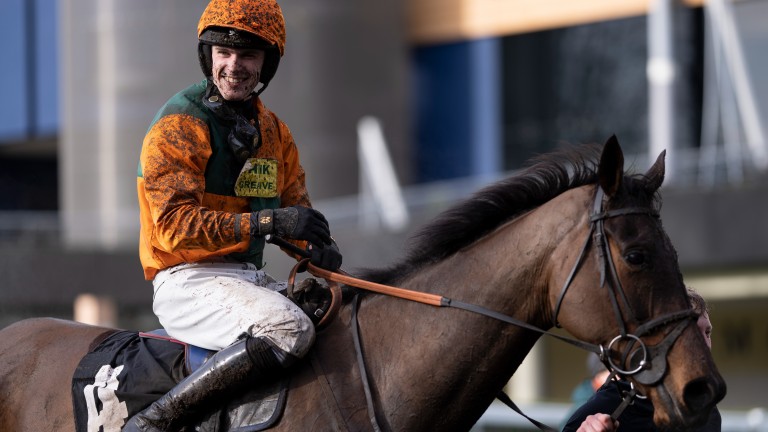 Tim Nixon, Henry Daly’s longest-standing owner who had managed notable recent success with his home-bred runners, died last week at the age of 86.

Fortescue and his half-brother Blenkinsop, who is seeking a five-timer, have both been given high-profile entries this weekend in the Sky Bet Chase at Doncaster and Cheltenham's Ballymore Novices’ Hurdle respectively. They hail from the source of all Nixon’s success, the Random Shot mare Henry’s True Love.

Cambridgeshire-based Nixon had a career in the City before a role on the board at the National Horseracing Museum. Illness had prevented him from seeing special moments such as his grandson, Hugh Nugent, partnering Fortescue to win the Listed Swinley Chase at Ascot last year and then riding him in the Grand National.

Daly had known Nixon since the years he had assisted Captain Tim Forster.

"He was an owner of Tim’s and had horses here ever since I started," he said.

"He had asked Tim to find him a mare, who bought Henry’s True Love off Peter Bailey for Tim Nixon to breed from. Every single one of his horses came from her, she was the dam of Sail By The Stars, she won 10 and ran in the Hennessy and the Welsh National, and of In Accord and Hearts Are Wild."

Congratulations to his owners the Nixons and Tom who looks after the horse at home. pic.twitter.com/ciGOJeVEKt

The horses were transferred into the ownership of Nixon’s wife Lucy last year, while his broodmares have always been boarded, originally with late Taunton clerk of the course Mike Trickey.

To put the achievement of his breeding into context, Henry's True Love has been responsible for the winners of 49 races so far, 24 of them herself and the others perpetuated by daughters Sail By The Stars and Last Of Her Line. The latter, who produced Blenkinsop and Fortescue, has one more daughter by Getaway still to come.

"He loved it," Daly said. "One of his great mates in life was Michael Ward-Thomas, who bred [star two-miler] Martha’s Son, and they had what could only be described as regular banter about the horses. What’s so tragic is that he has three in training, all home bred, all rated over 130. That just doesn’t happen to normal people."

Funeral details have not yet been published.

'Caturra's done everything we've asked of him and taken it all in his stride' Global Campaign yearling colt concludes steady OBS Winter Sale 'He could prove to be cheap' - Rockstown Native brings £82,000 at Goffs UK 'I don't think we can pigeonhole this horse' - Stradivarius set to defy doubters Next generation begin their education on the Irish National Stud course Classy mare The Glancing Queen heads selective January Sale market at £150,000