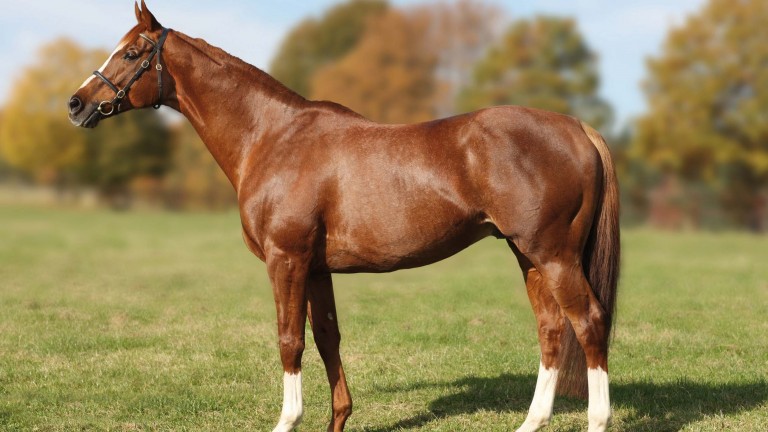 In what is another big blow for the German breeding industry, Lord Of England, sire of this year's Preis der Diana winner Palmas and other celebrities such as German Derby hero Isfahan, has died at the age of 18 due to a heart problem.

The son of Dashing Blade had stood at Gestut Etzean since his retirement to the stallion ranks in 2007, siring 38 stakes performers to date including Palmas, Isfahan, another Preis der Diana scorer in Feodora and Premio Federico Tesio winner Stex among 12 individual Group winners.

Bred by Stall Pontresini, Lord Of England won two of his three starts at two, including the Listed Premio Giuseppe de Montel, and was also third in the Group 1 Gran Criterium.

He went on to start his three-year-old campaign with two Group placings before going on to success in the Group 1 Grosser Dallmayr-Preis and Group 3 Grosser Preis der Wirtschaft. The chestnut retired with four wins and three placings from seven starts and £140,507 in prize-money.

Lord Of England was the sire of three individual top-level winners, including Isfahan, who has himself made a promising start to his stud career having sired this year's German Derby hero Sisfahan.

Out of the Los Santos mare Loveria, he hailed from a family that includes the champion stallions Lomitas and Lagunas, while Love In, Crape Band and Loanda are three of Gestut Fahrhof's foundation mares also on his dam's page.

Only on Sunday, Sea Bay, a son of Lord Of England's winning daughter Strawberry, strolled to a nine-length win in the German equivalent of the Dewhurst, the Preis des Winterfavoriten. Bred by Gestut Etzean, the two-year-old comes from a family that includes Grosser Preis von Berlin winner Sirius.

While Torquator Tasso raised his nation's racing spirits this month by winning the Arc, the German breeding industry earlier this year lost another top stallion in Adlerflug, sire of last year's German Derby winner and Arc runner-up In Swoop, at the age of 17. He was standing for a career-high of €16,000 at Gestut Schlenderhan.

FIRST PUBLISHED 12:08PM, OCT 11 2021
Lord Of England was the sire of three individual top-level winners, including Isfahan, who has himself made a promising start to his stud career