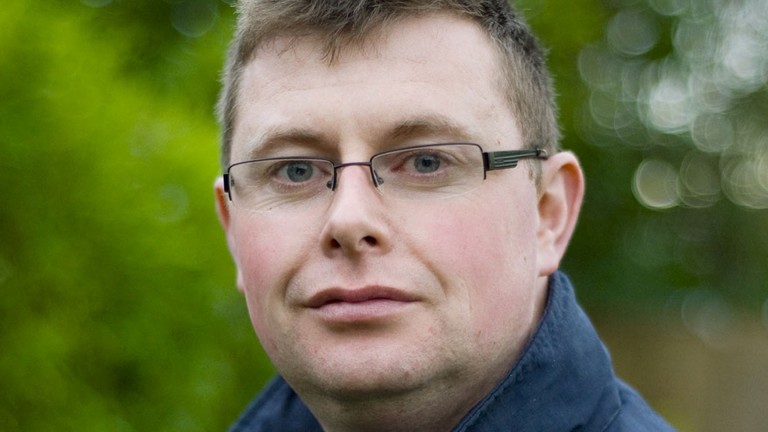 David Stack, manager of Coolagown Stud in County Cork, tells us about how he is managing – both personally and professionally – with the Irish government's lockdown to halt the spread of the coronavirus.

How is life at Coolagown Stud ticking over?

We're still very busy with boarding mares and foaling them; just this morning we welcomed a Mastercraftsman filly into the world, and she became the 60th foal born here this season. The stallions are covering away too.

What new measures have you brought in to deal with coronavirus and the lockdown?

We've brought in the same strict hygiene protocols as all other studs around Ireland, and the main difference to life on the farm is people are staying in their vehicles when they bring mares to be covered here. It's quite odd speaking to people nowadays from at least two metres away and through windows.

The process has certainly slowed down the business of covering mares, as it can take 20 to 30 minutes per mare, getting them off the box, preparing them, taking them to the shed and so on. Before this, we were able to work with more than one at a time with people getting one prepped while the next one came off the box.

But of course it's all a small price to pay to get through the current difficulties and keep clients and staff safe.

Has the crisis affected how many mares you're covering with the home sires or getting covered elsewhere?

Not really. Shantaram is very busy as he's done so well with his first few runners, with his oldest crop aged five. He had a mare called Ballela win a point-to-point at Tyrella by 15 lengths for Liam Cosgrave just before lockdown started, so I think breeders are latching on to him.

Zambezi Sun is also ticking over nicely. His son Zambezi Fix was an impressive winner at Wexford for Gordon Elliott and Cheveley Park Stud just a few weeks ago, so he's another one who breeders have in their minds at the moment.

When it comes to mares we board for clients, there are some from countries like Italy and Poland who have foaled and been bred back and are ready to go home but can't because there are only a few transporters still working.

And there are a few mares in those countries who were going to come over and now aren't, but you can't blame people as they're going to be nervous in these uncertain times.

How have you found travelling around Ireland to get mares covered with strict travel restrictions in place?

I've been busy enough taking mares to other studs, while following all the necessary protocols, and have been stopped at checkpoints a few times.

As long as you have the correct travel notification, most of the gardai have been considerate and helpful. Though I did have to give one a lesson about the birds and the bees to explain what getting a horse 'covered' meant. When he found that out, he soon agreed it was essential business!

The other thing is that travelling around the roads of Ireland at the moment is like being in a zombie movie – there's no cars at all, just a few other trucks.

On a personal level, how are you keeping yourself busy during lockdown?

It's the breeding season, so as in every other year – lockdown or no lockdown – it's all long days with no sleep and living on Red Bull.

My Fitbit is happy as I'm clocking up the miles dealing with all the walking in mares, and I expect to come out of this season fighting fit and in the shape of my life!

The Man In The High Castle on Amazon Prime is brilliant. It's an account of what might have happened if Germany had won World War Two, with the Nazis taking over the western world and building a Greater Germanic Reich.

There's four seasons of it so that's been keeping me entertained.

I love any sci-fi and the latest programme I've got into is Project Blue Book, a drama about a secret series of investigations into UFO encounters and unexplained phenomena.

On a lighter note, my kids have got me into Parks And Recreation. That's funny.

As for a book, does a colouring book count? I've just finished one – it said one to three years on the front but I managed to get through it in a week!

What is the availability of groceries and essential products around you like?

I've been shopping for my parents, who are 'cocooned' as we say in Ireland, and generally the local supermarkets have been well stocked. All the essentials are there, such as fruit and veg, although some of the more cheap and cheerful food products are disappearing quickly off the shelves.

As for the horse feed, Gain have been doing an excellent job of delivering pallets every Thursday so we don't have to go anywhere near the store.

Just seeing racing back on the TV again, or actually going to a track, is something to look forward to in itself. And of course it's essential for getting sales back on eventually.

One horse in particular I'm excited about seeing is a Dandy Man two-year-old colt out of Saga Celebre, the dam of Sagaciously and Sagely, who both have Racing Post Ratings of 100 or more. We bred him and sold him to Ballyhane Stud for €85,000 as a foal.

I saw him do a piece of work at Ballyhane recently and he looks a rocket, a bit like Dandy Man himself in fact. The dam is overdue to Dandy Man and after she delivers the foal she'll be returning to Ballyhane for a cover by Soldier's Call.

It's looking like we should have around 20 foals on the ground who will go to the sales at Goffs in November, including a couple of lovely specimens by Dandy Man and Sioux Nation, so let's hope the racing and sales are back in full swing long before then.

I also have a few four-year-old fillies by Shantaram of my own who I was hoping would run this spring but with the season cut short will now be out in the autumn instead, perhaps in bumpers.

FIRST PUBLISHED 3:36PM, APR 13 2020
One horse in particular I'm excited about seeing is a Dandy Man two-year-old colt out of Saga Celebre, the dam of Sagaciously and Sagely