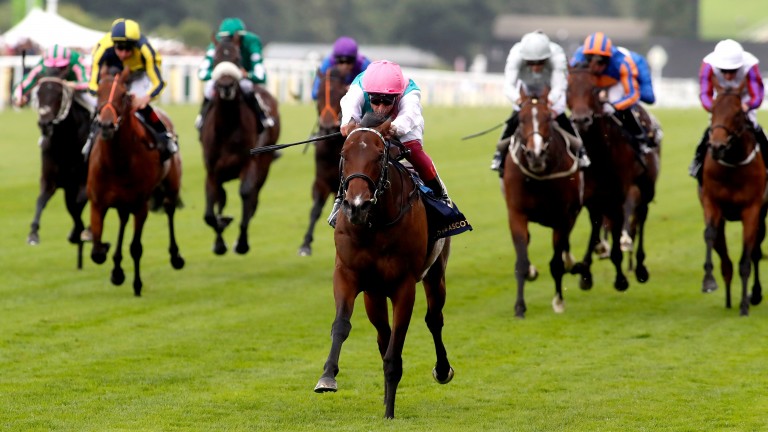 Calyx storms clear of the opposition in the Coventry Stakes at Royal Ascot
Coolmore
1 of 1
By James Thomas UPDATED 5:44PM, NOV 4 2019

Coolmore have unveiled 2020 covering fees for their all-conquering roster of stallions, including introductory prices for exciting newcomers Calyx, Magna Grecia and Ten Sovereigns.

Calyx, the brilliant Coventry Stakes-winning son of Kingman, has been pitched at €22,500, as has Group 1-winning two- and three-year-old Magna Grecia, while top-class sprinter Ten Sovereigns will stand his first season alongside his own sire, No Nay Never, at €25,000.

"We're delighted to welcome three very exciting new horses for the coming season," said David O'Loughlin, Coolmore's director of sales. "They're all high-class racehorses, all by proper sires and all at affordable fees. 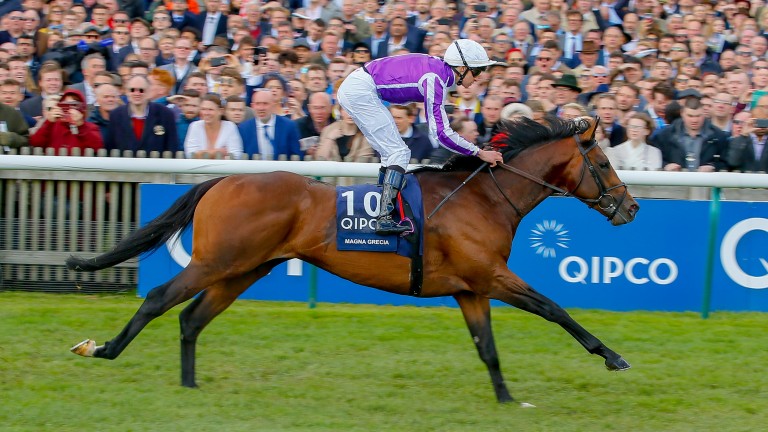 "On the racecourse Calyx defeated Advertise in the Coventry, Magna Grecia bettered Phoenix Of Spain in the Group 1 Vertem Futurity at two and King Of Change in the 2,000 Guineas at three, while Ten Sovereigns won the Middle Park at two and the July Cup at three, defeating Advertise, both in very fast times.

"They're three very good-looking horses too so I think they'll prove extremely popular." 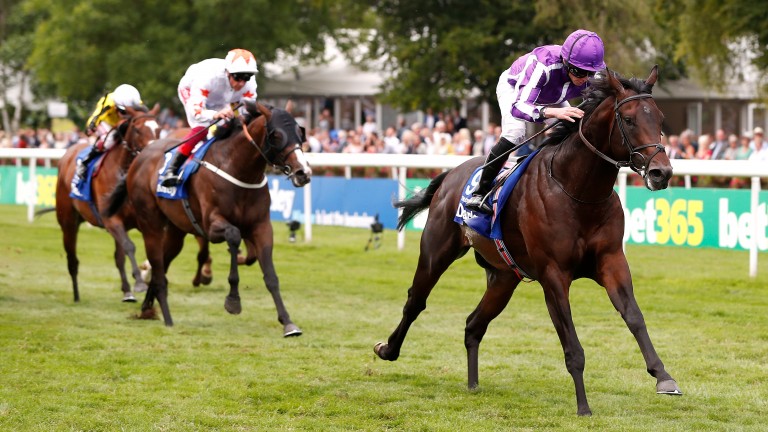 Ten Sovereigns wins the Group 1 July Cup
Darren Staples
Ten Sovereigns' success in the July Cup was the pinnacle of another big year for No Nay Never, who has again received a sizeable fee increase, having been upped to €150,000 for 2020, just 12 months after his fee was quadrupled to €100,000.

His progeny have been in high demand at the latest round of yearling sales on both sides of the Atlantic, with MV Magnier going to 900,000gns for a colt out of Winning Sequence at Book 2 of the Tattersalls October Sale, while Big Red Farm purchased his daughter out of Arctic Freedom for $450,000 at the Keeneland September Sale.

Four other members of the 23-strong roster are also receiving an increase in 2020. Caravaggio, whose first foals will hit the market this month, will stand his third season at Coolmore at €40,000, while the redoubtable Footstepsinthesand has been rewarded for a fruitful year, with horses like Threat and Mums Tipple, with an increase of €5,000, up to €15,000.

Leading first-crop sire Gleneagles - whose debut two-year-olds include 23 winners, such as Group 2 scorers Royal Dornoch and Royal Lytham and the Windsor Castle Stakes-winning Southern Hills - is up to €35,000, and Starspangledbanner, sire of another crack juvenile in Cheveley Park Stakes winner Millisle, has been promoted to €22,500.

Galileo, who will claim his 11th British and Irish champion sire crown this year, will again stand on a private basis, as has been the case since 2008. 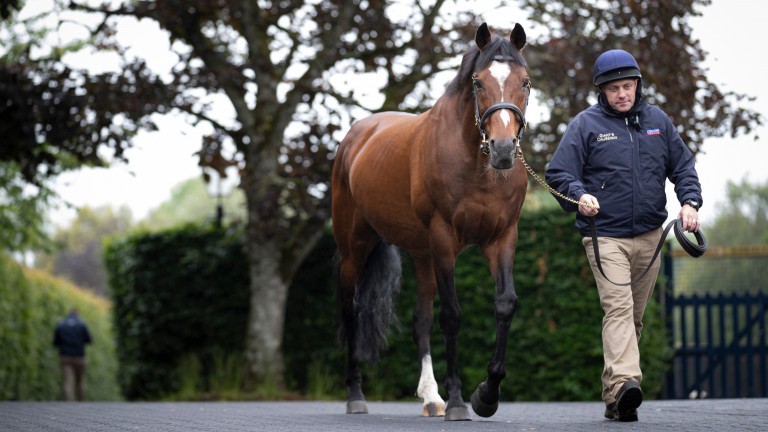 Galileo: perennial champion sire will again stand for a private fee in 2020
Patrick McCann
The breed-shaping son of Sadler's Wells, who is just one Group 1 winner away from equalling the world record of 84 top-flight scorers set by Danehill, has been represented by major talents such as Anthony Van Dyck, Circus Maximus, Japan, Love, Sovereign and Arc hero Waldgeist during the 2019 campaign.