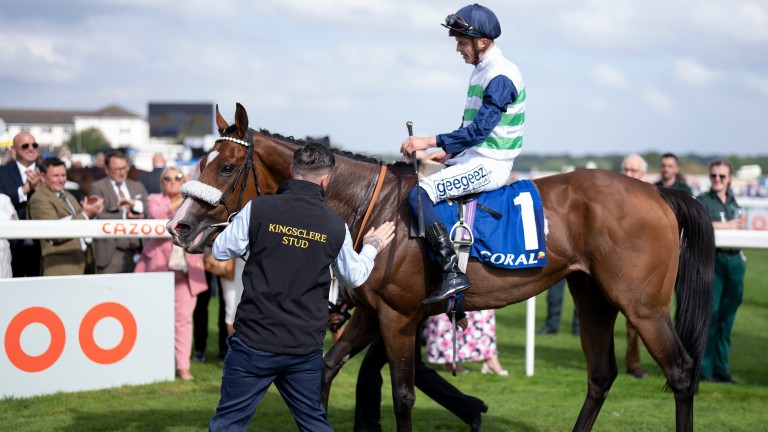 Coltrane’s gallant defeat of Trueshan in the Doncaster Cup was maintaining a special link with the race for Rockfield Farm in Ovens, County Cork.

The stud is the breeding station for property developer Michael O’Flynn, whose homebred Saddler’s Rock carried his yellow and red chevrons to achieve the same breakthrough in the staying division 11 years earlier.

Later a Goodwood Cup winner and Irish Leger third, Saddler’s Rock was a three-parts brother to Galileo Rock, who was placed in three Classics including third in Ruler Of The World’s Derby. Another sibling was Tarfasha, the Oaks runner-up and Blandford Stakes winner.

"We still have their dam Grecian Bride – she’s retired but is the pride of the farm," said Rockfield’s manager, Mitch Barry. "She’s 28, she’s kicking on a bit now but in her action and spirit, she goes around the field like a two-year-old. Michael got a lot of fun out of her and after the weekend it brought back a lot of memories of Saddler’s Rock winning it too.

"At the start she was a bit of a foundation mare for Michael. I think from my understanding Saddler’s Rock and Galileo Rock were intended for sale and so with everything that happened, it was an enjoyable day for everyone connected to the farm."

The family of Coltrane is the subject of Rockfield’s present focus with the son of Mastercraftsman sold for 50,000gns to his trainer Andrew Balding at Tattersalls Book 1 four years ago. Owners Mick and Janice Mariscotti were patient as he missed a juvenile campaign but won the Melrose Handicap at three. 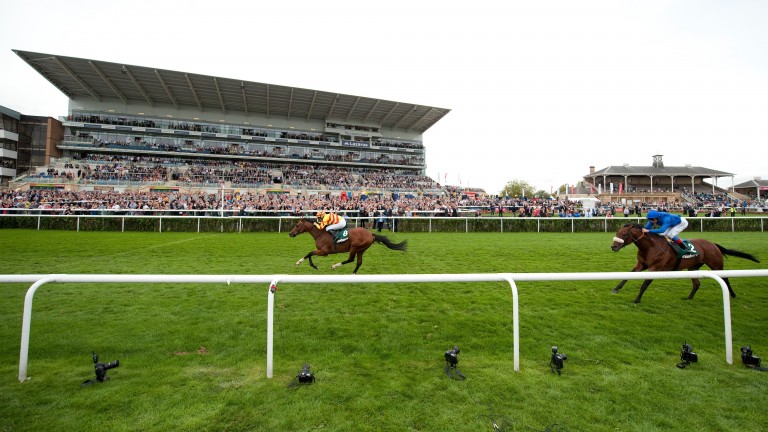 This year he landed the Ascot Stakes at the royal meeting and the Listed Coral Marathon before making an impact in Group company.

“He’s progressed from even his Listed win and he really dug deep in Doncaster to stay on and win a Group 2," Barry said.

"I know they thought a lot of him but I think he may have got a setback early on and I suppose we are only seeing what we could have seen at an earlier stage. He looks impressive and has done wonders for our mare, Promise Me."

Rockfield Farm will offer a Calyx half-sister to Coltrane (lot 773) at Tattersalls Book 2, on the heels of a Churchill colt who made a tidy €190,000 at last year’s Goffs Orby. The unraced Promise Me, a Montjeu daughter of 1999 Irish Guineas winner Hula Angel, has a full-brother to her first progeny Coltrane intended for November's foal sale at Goffs.

"Coltrane was always a big scopey horse, as are most of the mare’s progeny to date," Barry explained.

"Richard Knight, John and Sean Quinn bought the Churchill colt, and I don’t think I’ve ever had so much interest in one horse, he again was a very rangy animal with a huge walk.

"I remember the night before the sale my phone was just inundated with calls. Sean said he didn’t think he would be an early type, he probably wasn’t, but the reports are good so far and he’s now called Michael’s Pledge.

"The filly we have is an absolute cracker this year. She’s big and scopey again, but from her preparation and how easily she has taken to everything we have asked of her, she seems like an earlier type and a lot more forward." 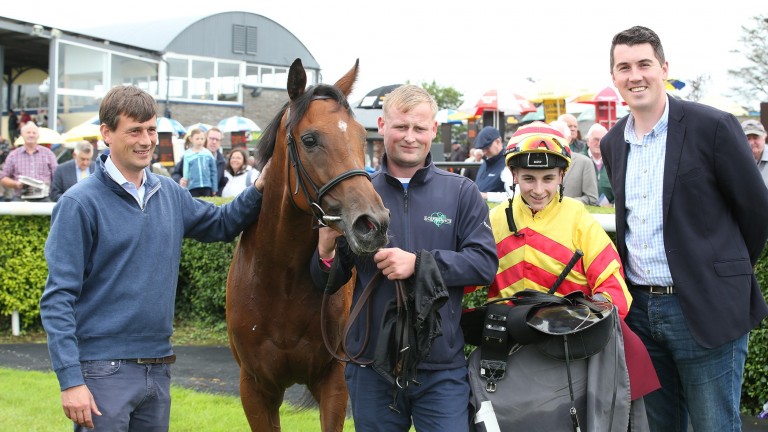 O’Flynn is undoubtedly better known in the National Hunt world and has had a string of fine jumpers with Mouse Morris spearheaded by the Punchestown Gold Cup winner China Rock.

Barry explains that his interest has filtered across again thanks to the likes of Piece Of Paradise, part-owned with the Magnier and Shanahan families and successful in the 2019 Harry Rosebery Stakes.

"Michael has always considered the jumps side of things his first love, he has connections with the likes of Mouse Morris, Jonjo O’Neill, Henry Daly, James Nash, Conor O’Dwyer and Eugene O’Sullivan but more recently we have also invested more interest into some Flat horses with Joseph O’Brien, Fozzy Stack and now Johnny Murtagh," he said.

"We have tried over the past few years to buy Flat fillies to race with the thought of bringing them back to help our broodmare band, which so far has worked out well.

"Neptune Rock is rated in the high 90s, she has been knocking on Listed company doors without quite getting her head in front.

"We also bought three fillies last year with the help of bloodstock agent Barry Lynch -  Lumiere Rock, [who was a close-up second at Gowran Park on Saturday], a Churchill filly called Cyra Rock who we hope to see later in the year or early in 2023 and a Dark Angel filly out of Fine Blend called Mere Accountant, who is with Johnny and is set to debut in the coming weeks.

"Looking at the rest of the draft, Barry continued: "We’re also selling a Ten Sovereigns colt at Book 2 (1002), the mare Wild Idle was bought in foal for €28,000, he’s a really nice, attractive colt so we look forward to getting him to sale. 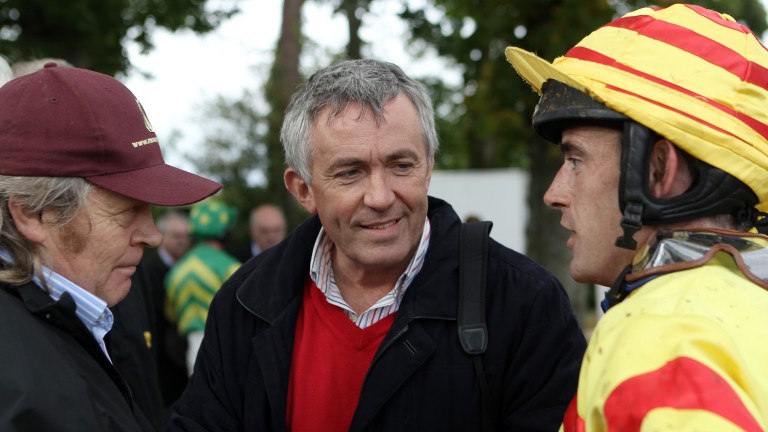 "Then there is a really nice No Nay Never filly (51) out of a Galileo mare called Loved going to the Orby.

"She’s a late foal but doesn’t look it, she’s very well put together and goes with a Listed update from her half brother Point King [winner of the Vinnie Roe Stakes]. We also offer four in the Sportsman's Sale, they're all nice horses too."

As well as sales season, autumn’s arrival also brings forward thoughts of the jumps. Barry explains that O’Flynn will have his usual handful with Morris including the returning Sams Profile, winner of last year’s Galmoy Hurdle.

"He got a little setback last year, we left him off and brought him home at one stage," he said. "Mouse says he’s better than ever at the minute, so he’ll train on this year, and there are a couple more in the mix as well. Hopefully we haven’t seen the best of him yet."

FIRST PUBLISHED 5:00PM, SEP 17 2022
Coltrane was always a big scopey horse, he looked like that horse that would suit a longer distance