The scheme is in its eighth year and has paid out €2.2m to 458 bonus winners 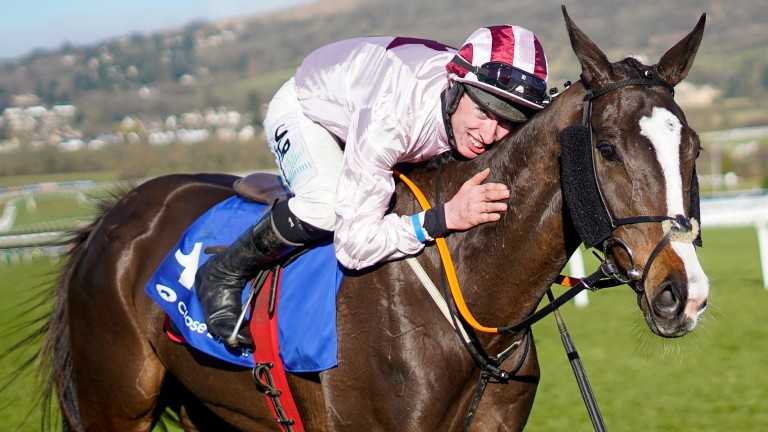 Black Tears: Mares' Hurdle winner is a graduate of the scheme
Alan Crowhurst
1 of 1
By Bloodstock World staff UPDATED 11:16AM, SEP 21 2021

Owners have until next Thursday to register for the Weatherbys Irish Thoroughbred Breeders’ Association National Hunt Fillies Bonus Scheme, an initiative that has passed the €2 million mark in bonuses paid out.

Designed to promote fillies at National Hunt sales, and encourage owners to keep them in training, the scheme is in its eighth year and has paid out €2.2m to 458 bonus winners, including 11 triple and 85 double bonus winners.

With support from Weatherbys Ireland and Horse Racing Ireland, the scheme was set up in 2014 by the ITBA National Hunt Committee as a self-help initiative for breeders.

To qualify the filly must be three-year-old and over and unraced under rules. A one-off fee of €200 must be paid to the ITBA before the closing date, a payment that means the filly is entered for the duration of her career.

Bonuses of €5,000 are attached to every mares only bumper, maiden hurdle and beginners chase in Ireland.

In 2018, the scheme was extended to include a number of
Mares only handicap hurdles for horses that did not win their maiden in addition to supporting the Connolly’s Red Mills EBF Auction Race Series, whereby if a filly wins this race she will receive an additional bonus.

Notably, all winning mares from this year's Cheltenham Festival are graduates of scheme, including Black Tears, Honeysuckle, Put The Kettle On and Tellmesomethinggirl.

Application forms are available on www.itba.ie. Alternatively, you can contact Una Tormey on 045877543/utormey@itba.ie for postal forms.

FIRST PUBLISHED 11:16AM, SEP 21 2021
With support from Weatherbys Ireland and Horse Racing Ireland, the scheme was set up in 2014 by the ITBA National Hunt Committee