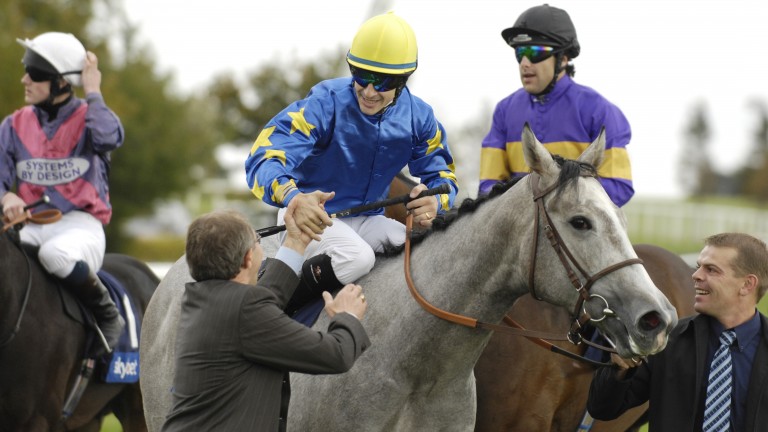 Natagora in the limelight after her victory in the Cheveley Park Stakes
Edward Whitaker
1 of 1
By Martin Stevens UPDATED 3:43PM, JUL 30 2019

Shadwell have lost an admirable Classic winner from their broodmare band with the recent death of Natagora at the age of 14.

The grey daughter of Divine Light was put down on humane grounds after a deterioration of an ongoing health issue.

Trained by Pascal Bary for the late Stefan Friborg, Natagora enjoyed a fruitful two-year-old season during which she won the Listed Prix La Fleche, Group 3 Prix du Bois and Group 2 Prix Robert Papin before striking at the highest level in the Cheveley Park Stakes, in which she made all under Christophe Lemaire to defeat Fleeting Spirit.

She also finished second to Myboycharlie in the Prix Morny that year.

Natagora came back in brilliant form at three, taking the Prix Imprudence en route to another frontrunning victory at Newmarket in the 1,000 Guineas, in which she had Spacious, Saoirse Abu and Infallible in behind.

She failed to win after that day, but put up some laudable efforts in defeat, not least when finding only Vision D'Etat and Famous Name too good in the Prix du Jockey Club on her next start. She later ran well against colts again in the Prix Jacques le Marois, in which she finished second to Tamayuz, and in the Prix de la Foret, where she was runner-up to Paco Boy. 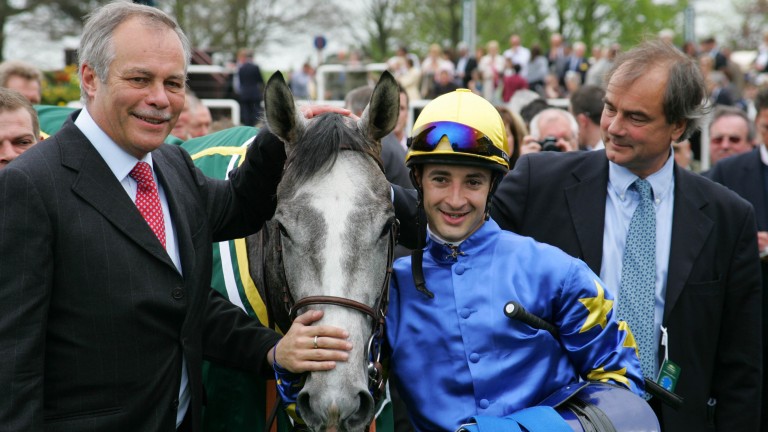 At the end of her Classic season she was sold privately to join the Shadwell broodmare band and she has produced three winners for Hamdan Al Maktoum's operation: Rayaheen (by Nayef), later the dam of Sweet Solera Stakes scorer Tajaanus; Raaqy (by Dubawi), who notched a black-type placing; and Mankib (by Tamayuz), who has been successful at Listed level.

Shadwell Stud director Richard Lancaster paid tribute to the mare by saying: “Natagora was an exceptional talent for her previous owner on the racecourse, winning both the Cheveley Park Stakes and 1,000 Guineas.

“Although she has so far failed to replicate her racecourse feats as a broodmare, we are lucky to have several daughters to continue her legacy, headed by Rayaheen, who produced the Group 3-winning two-year-old Tajaanus.”

Shadwell have plenty to look forward to with Natagora's young progeny too. She leaves a two-year-old colt by Invincible Spirit, named Haidarah and in training with Owen Burrows, along with a Frankel yearling filly and a Sea The Stars colt foal.

Natagora was bred by Bertrand Gouin and Georges Duca out of the winning Linamix mare Reinamixa, and was bought for €30,000 as a yearling in Deauville by Patrick Barbe, who had also overseen the import into France of her sire Divine Light, a Japanese son of Sunday Silence.

“My Japanese client had promised that Divine Light would produce a very good horse, and he did so despite having relatively few representatives,” said Barbe. “Natagora was a fantastic filly, and a very friendly one too – she had a lovely character and was like one of the family when she was in training.

“She did Stefan Friborg proud and not long after he had the Dubai World Cup winner Gloria De Campeao too. They were very happy days and I have fond memories of them, in particular receiving the 1,000 Guineas trophy from Lester Piggott, who I had been fascinated by all my life. It was an unreal moment.

“It's my sincere wish that one day I'll be able to buy a daughter or granddaughter of Natagora to breed from.”

In all, Natagora won seven of her 15 starts and finished out of the places on only two occasions. Her career prize-money stood at just shy of £800,000.

FIRST PUBLISHED 2:19PM, JUL 30 2019
We are lucky to have several daughters to continue her legacy, headed by Rayaheen, who produced the Group 3-winning two-year-old Tajaanus