The £330,000 youngster is by the late Grange Stud sire Fame And Glory 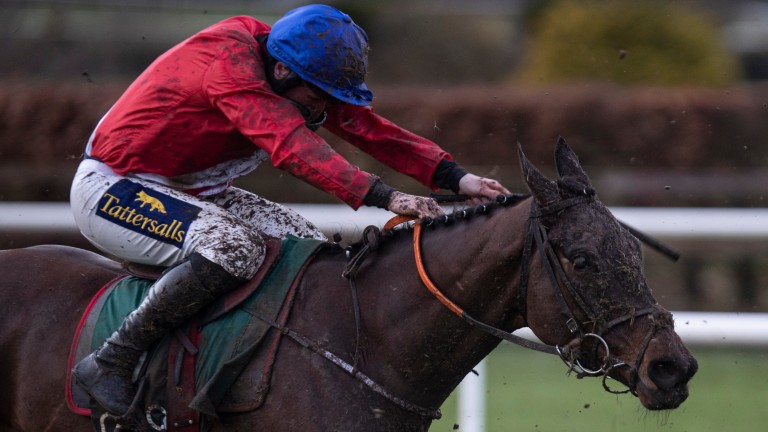 Ballyadam - the top lot at the Tattersalls Cheltenham Sale in November when hammered down for £330,000 - went some way to justifying his lofty price tag when powering clear of his rivals under Jamie Codd in the concluding bumper at Downpatrick on Sunday.

Codd was full of praise for his mount, who pulled 18 lengths clear of his opposition with the minimum of fuss.

Bred by Pat Connell, the four-year-old gelding is by the late Grange Stud resident Fame And Glory and out of the unraced Bob Back mare Grass Tips, a half-sister to the dam of Listed Cheltenham bumper winner Glory And Fortune, who is by the same sire as Ballyadam. 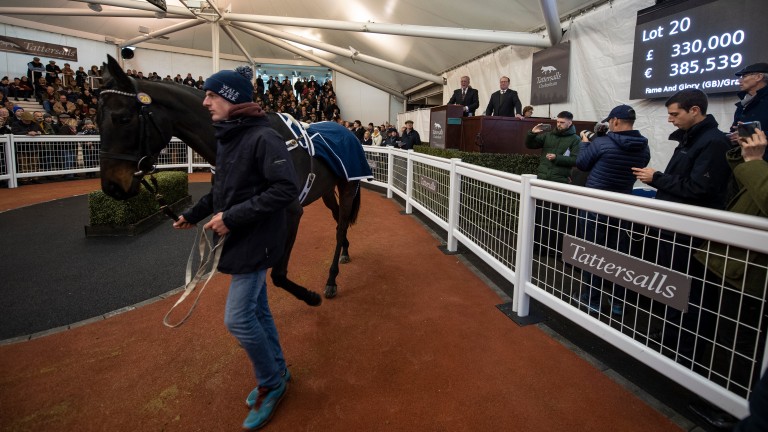 Ballyadam was produced by handler Colin McKeever's Loughanmore Stables to win his Portrush maiden in October by four lengths, which earned the youngster a lofty point-to-point rating of 95.

Snapped up by Gordon Elliott at Tattersalls Cheltenham, he made his bumper debut for Cheveley Park Stud when third at Navan in February, having raced keenly.

From five crops he has bred a number of successful bumper horses led by the Goffs Land Rover Bumper winner Commander Of Fleet, who became the sire's first top-flight winner when successful in the Nathaniel Lacy & Partners Solicitors Novice Hurdle at the Dublin Racing Festival last year.

Cheveley Park Stud have quickly risen to prominence in the National Hunt sphere in recent years with a trio of elite winners in A Plus Tard, Envoi Allen and Ferny Hollow.

National Hunt breeders might not have long to wait to find out if Ballyadam will bring that total to four.

Stuck in self isolation? Here's our guide to the best of bloodstock on YouTube

FIRST PUBLISHED 5:44PM, MAR 22 2020
Cheveley Park Stud have quickly risen to prominence in the National Hunt sphere in recent years with a trio of elite winners