Can Desert Crown be the first son of Nathaniel to win a Group 1? 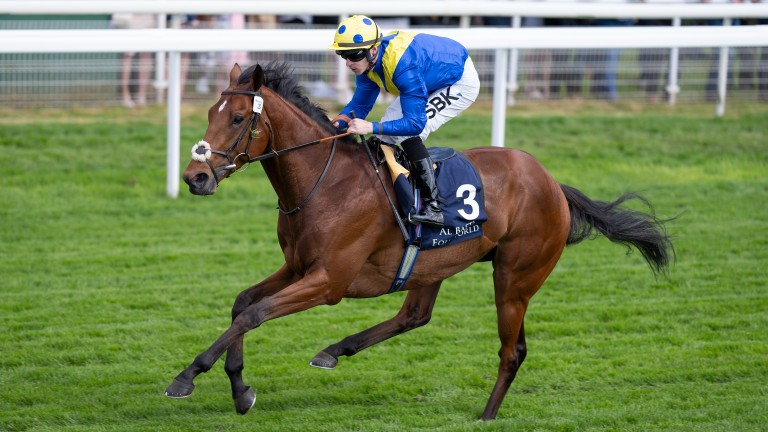 Desert Crown was the most inexperienced horse in the Dante Stakes but the Sir Michael Stoute-trained colt stamped his class and authority all over the field to cement his place at the head of the market for the Cazoo Derby.

His prospects of becoming the third Classic winner by Newsells Park Stud stallion Nathaniel, who won the Eclipse and King George, appear to be very bright indeed.

Nathaniel has sired the brilliant Oaks winner Enable, as well as Channel, who won the Prix de Diane, and were Desert Crown to follow up at Epsom he would be the first son of Nathaniel to win a Classic, and, indeed, at the highest level.

Thursday's York Group 2 winner comes from the right sireline for Epsom as a grandson of the 2001 Derby winner Galileo, who has sired five winners of the Classic, while his sons New Approach and Frankel have sired a winner apiece.

Desert Crown was bred by Strawberry Fields Stud, who sold him to Blandford Bloodstock for 280,000gns at Tattersalls Book 2 in 2020. He is a half-brother to four winners from four runners, all by Archipenko, headed by the Hong Kong seven-furlong Group 3 winner Flying Thunder.

Dam Desert Berry won over a mile at three and is a daughter of champion sprinter Green Desert but, as we have seen time and time again with Nathaniel's sire Galileo, mixing those strong stamina genes with mares by speedier sires is a recipe for Classic success.

Indeed, the 2012 Oaks winner Was is bred on a variation of the cross that has produced Desert Crown, as a daughter of Galileo out of a Green Desert mare.

The family traces back to a fine Juddmonte one, which includes Prince of Wales's Stakes winner Byword and multiple Grade 1-winning miler Proviso.

FIRST PUBLISHED 4:39PM, MAY 12 2022
Nathaniel has sired the brilliant Oaks winner Enable, as well as Channel, who won the Prix de Diane