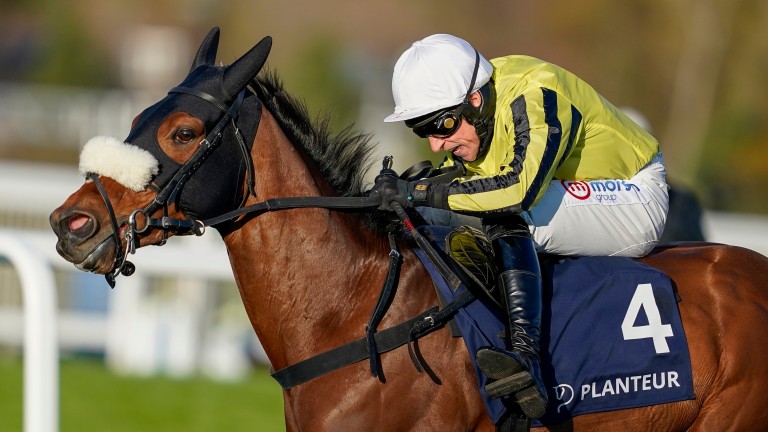 Allmankind: the son of Sea The Moon made it two from two over fences at Sandown for Bill and Tim Gredley
Alan Crowhurst
1 of 1
By Kitty Trice UPDATED 12:54PM, DEC 6 2020

Bill and Tim Gredley are well known for their Flat exploits but are continuing to make an impact on the National Hunt sphere courtesy of Allmankind, who maintained his perfect chasing record with an all-the-way success in the Grade 1 Henry VIII Novices' Chase at Sandown.

The Sea The Moon four-year-old - a winner on the Flat for Michael Bell before taking the Grade 1 Finale Juvenile Hurdle at Chepstow last December for Dan Skelton - had made an impressive winning debut over fences at Warwick before his Esher success.

Tim Gredley told GBRI after the race: “It was great. Dan and Harry were quite disappointed at Cheltenham in the Triumph. They thought he just didn’t run his race for whatever reason, maybe it was a long year because he came straight off his three-year-old Flat career straight into it, and he just didn’t sparkle at all. 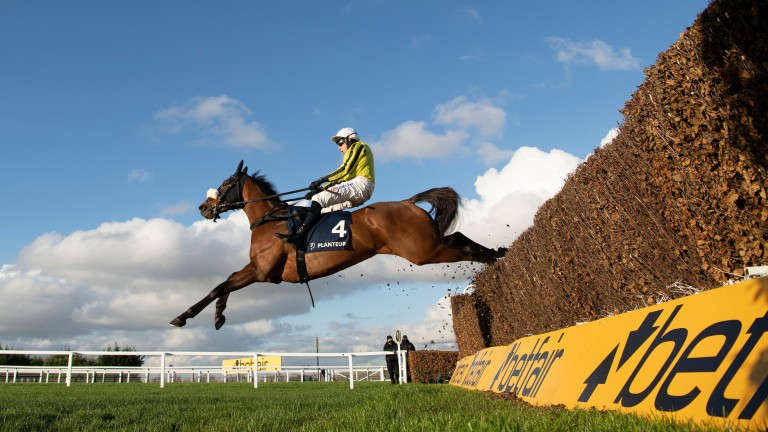 “I’ve always been keen to go chasing and so has Dan. Harry was the one to convince. Giving those weight allowances away from being a Grade 1 winner over hurdles is hard. We had a chat and Harry came on board. It was their decision and they’ve made the right choice.”

By Lanwades Stud resident Sea The Moon, sire of this year's Coronation Stakes heroine Alpine Star, Allmankind is out of the Sadler's Wells mare Wemyss Bay, a 40,000gns purchase from the Tattersalls December Mares Sale in 2014.

The 14-year-old Wemyss Bay produced a full-sister to the exuberant chaser last year, while she is currently carrying to Cheveley Park sire Ulysses. Plans are for her to return to Sea The Moon next year.

Gredley, whose father is now the first person to have bred and owned the Eclipse Stakes and Henry VIII Novices' Chase winners in Environment Friend and Allmankind, added: "The full-sister's a yearling now. She’s not gone into training yet, she’s kind of taken after her brother, she’s going to take a bit of time.

"We realise now with the pedigree that she’s not going to win too early in her career, so there’s no rush. We might have a bit of a campaign on the Flat and see where we get to, but she’s a lovely filly I must say. 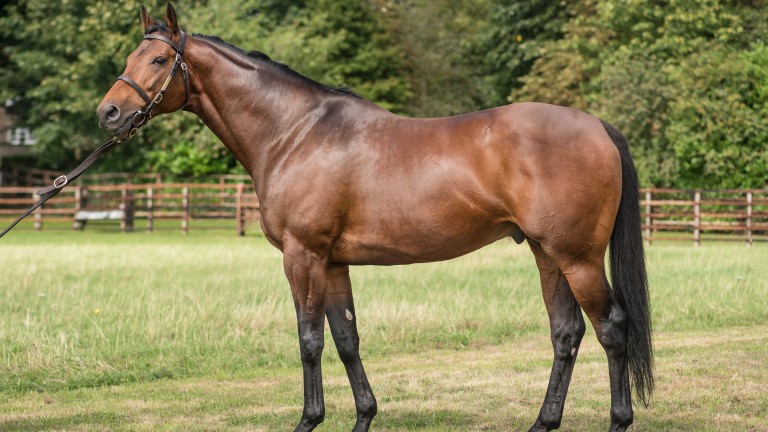 “Unfortunately the foal aborted, but the mare is in foal to Ulysses and I think we’ll go back to Sea The Moon again next year as well.”

On future forays into jump racing, Gredley said: “I’ve also sent them [the Skeltons] a horse called Craylands, a filly that was with Michael Bell and then Richard Fahey.

"She has a bit of a similar profile to Allmankind, she’s a bit headstrong. She’s by Golden Horn, so she’s gone there and she’s probably going to have her first run for them in a couple of weeks’ time.”

Despite the fact Stetchworth & Middle Park Studs are predominantly a Flat breeding operation, there is also the question of how to use the nomination to Chapel Stud's Planteur, a prize up by Simon Davies for the owners and breeders of the winning horse in the Henry VIII Novices' Chase.

Gredley said: “It’s very kind that we’ve been given the nomination, we’ll have to figure out how we manoeuvre it into the broodmare band.”

'I literally knew nothing about working hands-on with thoroughbreds'

FIRST PUBLISHED 10:39AM, DEC 6 2020
We realise now with the pedigree that she’s not going to win too early in her career, so there’s no rush