Figures in the Weatherbys Return of Mares highlight the downward trend 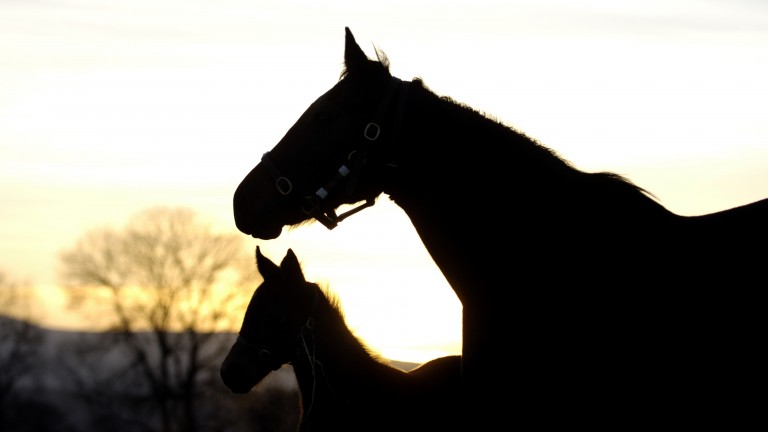 Figures available in the newly published Weatherbys Return of Mares show that 4,236 foals were born in Britain in 2020, down by nine per cent, and 8,542 in Ireland, down by three per cent. The combined foal crop comprises 50.73 per cent colts and 49.27 per cent fillies. 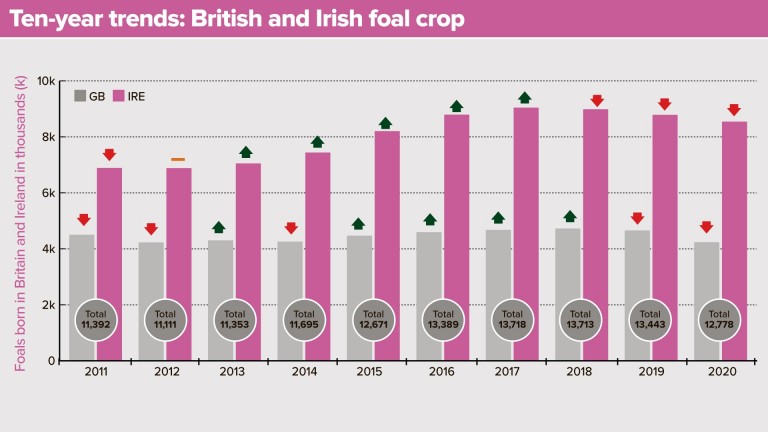 Maxios, who stood his first season at Coolmore's Castlehyde Stud, proved the most popular with 298 mares, a tally that ended Soldier Of Fortune's four-year stint as the most in-demand stallion around.

Another Coolmore National Hunt recruit in Crystal Ocean, who stands at Beeches Stud, was the most popular among the new retirees to stud with 280 mares. 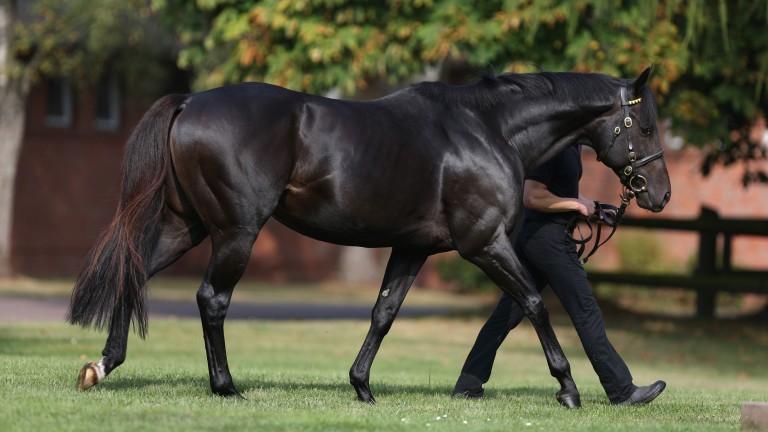 Maxios: Coolmore's Castlehyde Stud resident covered 298 mares in 2020
marc ruehl
That tally makes the Group 1-winning son of Sea The Stars the third busiest sire in Britain and Ireland overall, with Arctic Tack's Jet Away vaulting into second place with 288 mares, up from 143 in 2019.

March and April remain the busiest months for foaling, albeit the uptick seen earlier in the season means numbers for those months fell year-on-year.

FIRST PUBLISHED 4:42PM, OCT 29 2020
Maxios, who stood his first season at Coolmore's Castlehyde Stud, proved the most popular with 298 mares