The son of Manduro was a top-class juvenile for Godolphin 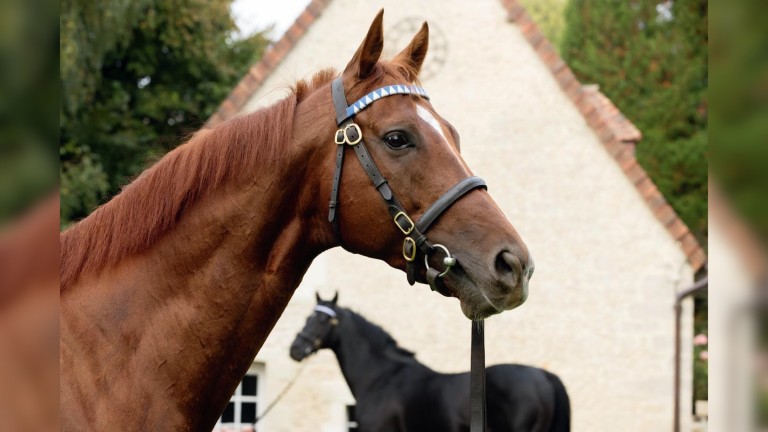 Haras du Logis first-season sire Ultra was represented by his first winner when Bremontier struck on debut at Dieppe for Stephane Wattel and Gerard Augustin-Normand.

The two-year-old colt came home half a length ahead of Sea The Moon gelding Antharis in the six-furlong City Light Stakes and is one of around 50 first-crop juveniles for the Group 1-winning son of Manduro.

He is out of the Lando mare Brocottes, a two-time winner who was second in the Criterium de Saint-Cloud for Nicolas Clement and has herself produced a winner in Le Havre colt Fultot.

Ultra proved a top-class performer for Godolphin, winning all three starts at two including the Qatar Prix Jean-Luc Lagardere, where he beat the likes of subsequent Qipco 2,000 Guineas hero Galileo Gold and the high-class pair of Johannes Vermeer and Herald The Dawn.

Impressive debutant winner for #Ultra in France as his son Bremontier strikes over 1400m at Dieppe pic.twitter.com/NLqzsHQqt2

At three, the Darley homebred finished second in the Prix Eugene Adam and finished sixth to Almanzor in the Prix Guillaume d'Ornano. He won on his sole start at four when picking up the Listed Prix Jacques Laffitte.

The eight-year-old is out of the placed Nashwan mare Epitome and is a half-brother to Prix Minerve Shadwell winner Synopsis and the stakes-placed Epic Similie.

He retired to Haras du Logis for the 2018 breeding season and most recently stood for a fee of €5,000.