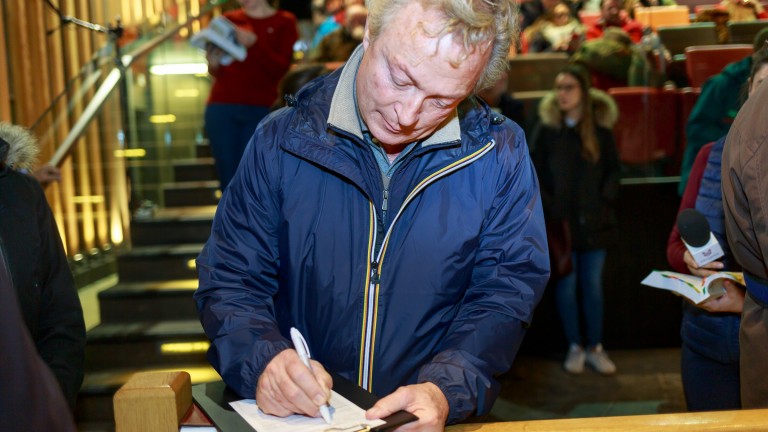 Having produced this year's runaway Breeders' Cup Mile heroine Uni, Haras d'Etreham's Unaided had been widely expected to play a starring role during Arqana's Breeding Stock Sale, and the ten-year-old lived up to her headline billing when she was knocked down to Oceanic Bloodstock's Michel Zerolo for €1.25 million.

Having signed for the session's second seven-figure lot, Zerolo revealed that his purchase had been made on behalf of resurgent US owner Peter Brant of White Birch Farm, whose two-tone green silks have been carried to success by the likes of Prix du Jockey Club hero Sottsass and his half-sister, the prolific Sistercharlie, who began her career in France before being switched to Chad Brown.

Zerolo said plans remained fluid for Unaided, with no covering sire nor long-term home having been decided upon, though he said she would remain in Normandy until she produced the No Nay Never foal she was carrying.

"Nothing has been decided yet," said Zerolo. "There are a number of options; she could stay in France or she could go to Ireland or to England. She will go to Haras des Capucines for the moment and then we'll see." 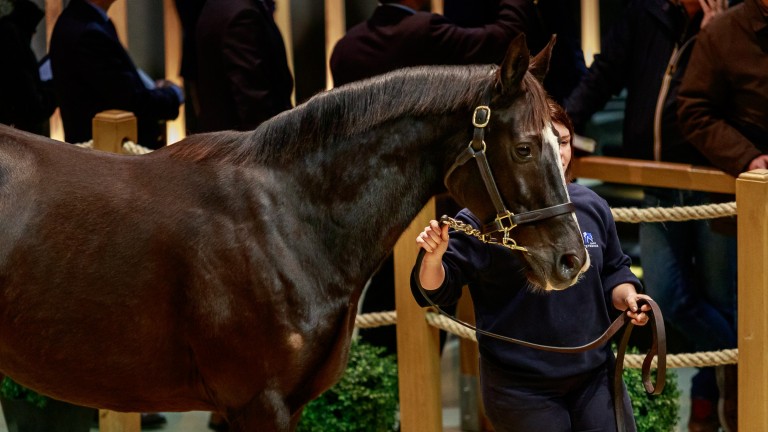 Unaided under the lights in the Arqana ring
Zuzanna Lupa
Zerolo noted that the range of options open to Unaided was so broad in part thanks to a pedigree free of Sadler's Wells blood. The unraced daughter of Dansili is a half-sister to two black-type winners, namely the Group 3 scorer Whazzis and the Listed-winning Whazzat, who is better known as the dam of James Garfield.

Zerolo added: "She's the dam of a champion in America, that's the main thing. Uni is trained by Chad Brown, who is very close to Peter. Peter sees the filly nearly every day because he's at the barn nearly every day.

"Unaided has a pedigree of rare quality; she can go to Galileo or Frankel or a number of horses." 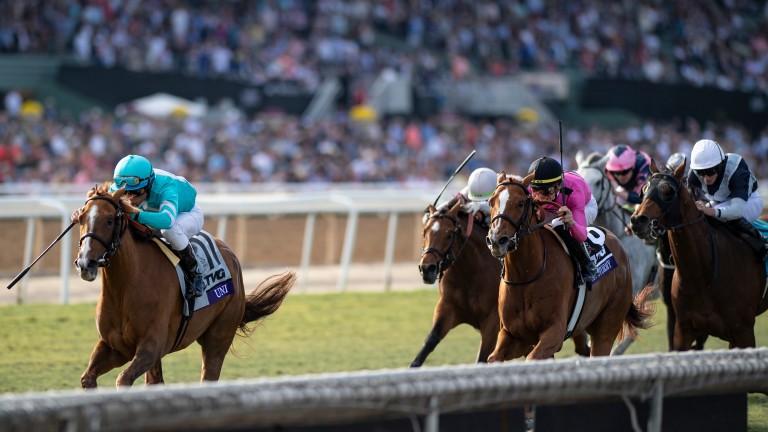 Uni strides clear in the Breeders' Cup Mile
Edward Whitaker
Earlier in the session Zerolo went to €520,000 on Brant's behalf to secure the progressive Eliade, with the three-year-old filly set to continue her racing career across the Atlantic.

Also offered by Haras d'Etreham, the Listed-winning daughter of Teofilo is out of Elodie, a Dansili sibling to three Group 1 winners in Prix de l'Opera heroine We Are, Prix Rothschild victress With You and Frankel's Prix du Cadran scorer Call The Wind.

"I've bought her for Peter Brant and she'll go to Chad Brown," confirmed Zerolo. "She's a nice filly, very athletic, lightly raced but with a good performance record and a good pedigree. As they say, she ticked all the boxes."

FIRST PUBLISHED 7:02PM, DEC 7 2019
Unaided has a pedigree of rare quality; she can go to Galileo or Frankel or a number of horses