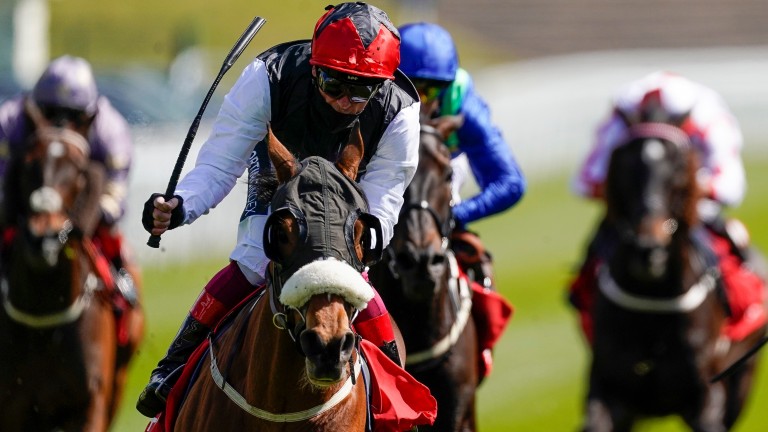 It is reasonable to argue that Falcon Eight is one of the best-bred Chester Cup winners in history, being by the mighty Galileo and out of Moyglare Stud's prolific producer Polished Gem.

The six-year-old, who was adding a fourth win to his name, the previous highlight having come in the Listed Esher Stakes at Sandown in 2019, was making his first start since a gelding operation last November.

Falcon Eight is the seventh foal out of Polished Gem, a daughter of Danehill and Trusted Partner, who landed the Irish 1,000 Guineas for Moyglare and Dermot Weld in 1988.

This breeding makes the Chester Cup hero a close relation to Free Eagle, winner of the Prince of Wales's Stakes and now resident at the Irish National Stud, from where he supplied last year's Investec Derby runner-up in Khalifa Sat.

The Weld-trained stayer is also a full-brother to Search For A Song, the winner of the last two Irish St Legers, the promising Kyprios, who is set to line up for Aidan O'Brien in Lingfield's Derby Trial on Saturday, and Amma Grace, a Listed winner and second to Cayenne Pepper in last year's Blandford Stakes. 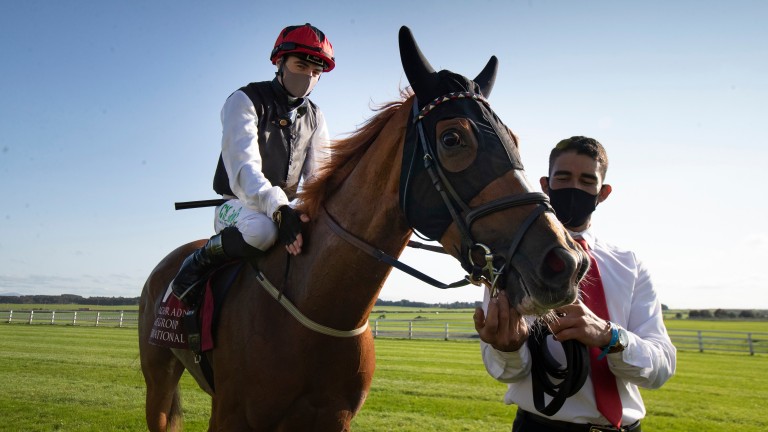 As if all that were not enough, Falcon Eight is also a sibling to British Champions Fillies' And Mares' Stakes winner and Pretty Polly Stakes second Sapphire, a daughter of Medicean, dual Group 2 scorer Custom Cut, by Notnowcato, and Group 3 Queens Cup winner Valac, a son of Dark Angel.

The winner of his first two starts at three, Falcon Eight was third in the Loughbrown Stakes and then finished a three-quarter of a length second to subsequent Melbourne Cup hero Twilight Payment in the Saval Beg Stakes at four.

Moyglare was also responsible for Dark Pine, winner of the Retraining of Racehorses Handicap later on the Chester card. The four-year-old is by Dandy Man and the 12th foal out of Suitably Discreet, a Mr. Prospector half-sister to Goffs International Stakes winner and Irish 2,000 Guineas runner-up Century City.

Dark Pine is himself a half-brother to Monmouth Stakes scorer Speaking Of Which and Beresford Stakes second Capital Exposure.

FIRST PUBLISHED 4:08PM, MAY 7 2021
He is a close relation to Free Eagle, winner of the Prince of Wales's Stakes and now resident at the Irish National Stud