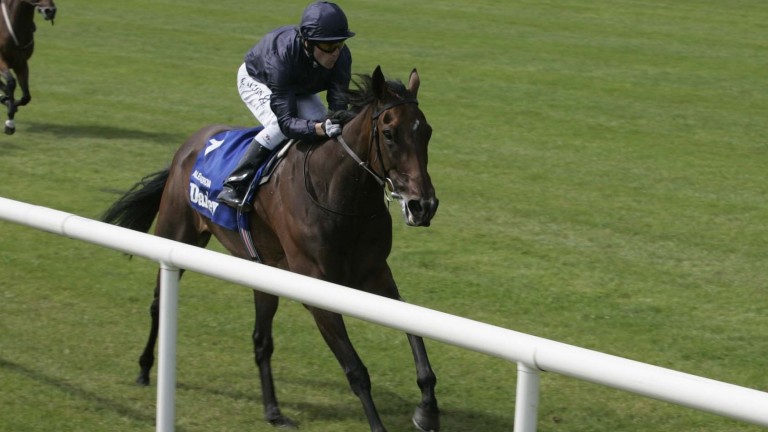 The great Alexandrova: latest offspring has his first day at school at Newbury on Saturday
Caroline Norris (racingpost.com/photos)
1 of 1
By Bloodstock World staff 2:20PM, MAY 13 2022

It’s not on terrestrial television and it contains only four runners, but the six-furlong conditions contest at Newbury on Saturday is still one for pedigree buffs to be interested in.

Sierra Blanca is quite a low-level runner for Aidan O’Brien and the Coolmore partners in Britain, which in itself catches the eye, while Ryan Moore is in the saddle for the debut of the son of No Nay Never, who is out of the great Alexandrova, winner of the Oaks, Irish Oaks and Yorkshire Oaks in a stellar career.

She has become a damn fine broodmare too, having produced ill-fated Dahlia Stakes winner Somehow, who was also second in the Tattersalls Gold Cup, the Prix Kergorlay winner Alex My Boy and Athasi Stakes winner Happen. Another winning daughter, Bella Qatara, is the dam of Group 1 winner Aspetar.

Sierra Blanca, then, has plenty going for him in pedigree terms, and connections should get a good marker as the two-year-old’s ability as two of his three rivals have won their only starts - Havana Grey’s son Holguin at this track over the minimum trip, and Amo Racing’s Mehmas colt Persian Force the Brocklesby at Doncaster on the first day of the Flat season.

The other newcomer is Persian Force’s Richard Hannon stablemate Indian Renegade, a son of Sioux Nation also part-owned by Amo and a half-brother to no fewer than eight winners.

At Newmarket, it’s another contest over six furlongs for two-year-olds that stands out, this one for fillies, and every one of them is unraced.

Picking through the field of ten, you could fancy any number on breeding, and the market might be the best guide.

On paper, Godolphin duo Creative Style and Mawj particularly take the eye, the former with Charlie Appleby and the latter Saeed bin Suroor.

Creative Style is a homebred Godolphin daughter of Kodiac out of Street Cry mare New Style, who happens to be a half-sister to Dream Ahead, who shared champion two-year-old honours with Frankel off the back of wins in the Middle Park and Prix Morny and went on to win the July Cup, Sprint Cup and Prix de la Foret - it’s actually quite easy to forget what a brilliant horse the now Bearstone Stud resident was.

Mawj, meanwhile, another homebred, is by Exceed And Excel and out of New Approach’s daughter Modern Ideals, who has already produced the multiple winners Modern News, easy winner of a Listed contest at Windsor just a few days ago, and Modern Games, winner of last year’s Grade 1 Breeders’ Cup Juvenile Turf at Del Mar.

It will therefore be interesting to see how the dam’s latest Modern runner gets on in what looks a strong and informative novice affair. 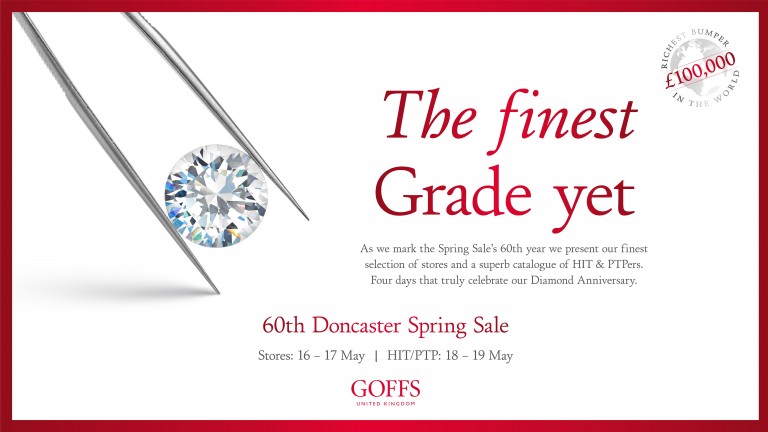 FIRST PUBLISHED 2:20PM, MAY 13 2022
It will therefore be interesting to see how the dam’s latest Modern runner gets on in what looks a strong and informative novice affair

Opportunity knocks as first wave of eve of Royal Ascot sale entries are unveiled 'The breeze-up horse has never been more in vogue' - and £50 million proves it Group 3 winner Zavaro tops BBAG Mixed Breeze-Up Sale at €52,000 'He looks to have an enormous engine' - Ittack Blue tops May Sale at 310,000gns Mares in foal to Frankel in demand as Yulong snaps up Fantasy for A$1.7 million 'A fantastic family' - Coleman goes to €140,000 for Ourebi at Auctav's May Sale