Martin Stevens reflects on the death of the 1,000 Guineas and Sun Chariot winner 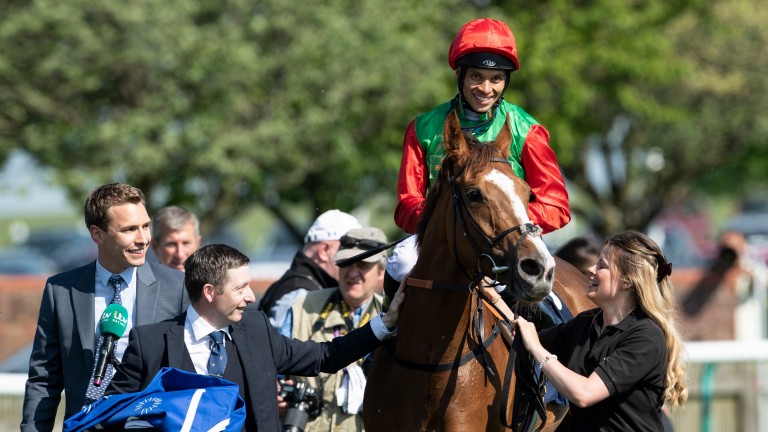 Here he reflects on the sudden and way too premature death of the Classic heroine Billesdon Brook, who leaves behind just the one foal - subscribers can get more great insight from Martin every Monday to Friday.

What dreadful news about the sudden death last week of Billesdon Brook at the age of seven, leaving only one foal – a Dubawi colt born in January.

I can’t be the only one who fell in love with Jeanette McCreery’s filly, raced in partnership with the Pall Mall Partners, when she snatched victory from the jaws of defeat in a Goodwood nursery at two, beating her rivals with a brilliant burst of speed after being buffeted from pillar to post in a roughly run race.

Billesdon Brook returned to Goodwood just over three weeks later to win the Prestige Stakes, but had seemingly been beaten fair and square when unplaced in the May Hill Stakes on her last start at two and in the Nell Gwyn Stakes on her debut at three, so punters could be forgiven for sending her off the longest-priced winner of the 1,000 Guineas in history.

She beat multiple Group 1 winners Laurens, Happily and Wild Illusion at Newmarket that day but didn’t win again until the age of four, when she took a Listed race at Chelmsford, the Oak Tree Stakes at her beloved Goodwood and the Sun Chariot Stakes back on the Rowley Mile – an important second top-level success that proved the first had been no fluke.

Billesdon Brook had an unusually busy campaign for a Classic-winning filly, making 26 starts over four seasons, put her industrious and amiable regular jockey Sean Levey on the map and paid a poignant tribute to McCreery’s late husband Bob, a stalwart of the British breeding scene who had passed away a week before the filly turned two.

She was, then, fully deserving of the fan club she amassed, and her Dubawi colt will, I’m sure, be the object of fevered interest if he goes to the sales and abundant good will when he gets to the racecourse.

Billesdon Brook joins a sad but select group of top-class racemares who died young and left only one foal.

A similar fate befell one of her predecessors on the 1,000 Guineas roll of honour in the mighty Rockfel, who had started her career in a seller at two but added the Oaks and Champion Stakes to her CV at three in 1938.

She died from what contemporary reports called “internal trouble” in the November after she produced her only foal, a Hyperion colt called Rockefella, who won a few races and had once been fancied for the Derby but missed the race due to training difficulties.

Rockefella went on to sire Rockavon, a 66-1 winner of the 2,000 Guineas for Scotland, and Outcrop, who beat the Queen’s filly Amicable to win the Yorkshire Oaks, as well as Rocchetta, the dam of Middle Park Stakes winner and influential sire Sharpen Up.

There are a few more recent international examples of outstanding but ill-starred racemares who left only one foal too.

Royal Delta won six Grade 1s in the US including back-to-back Breeders’ Cup Ladies’ Classics, as the Distaff was known at the time, but died from complications when delivering her only foal, a Galileo filly, in 2017. 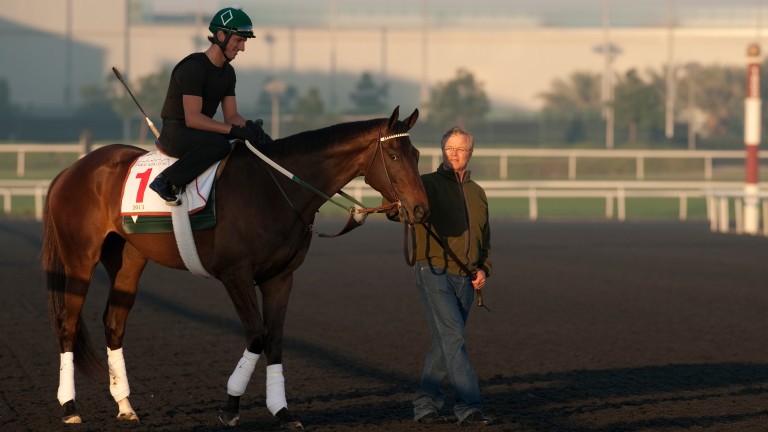 The filly was named Delta’s Royalty, and was trained by Roger Varian for owner-breeder Benjamin Leon to win a Kempton maiden on her debut, but failed to go on from that. She was covered by Dubawi for the first time last year.

Typhoon Tracy also notched six successes at the top level in Australia, including two CF Orr Stakes and a Coolmore Classic, and also died not long after giving birth to her first and only foal, a colt by Street Cry, in 2012.

Last Typhoon, as the colt was named, won two races for his late dam’s trainer Peter Moody and was given a chance as a stallion in Australia.

Duke of Cambridge Stakes winner and Matron Stakes first-past-the-post Duntle is another notable example of a top-notch racemare who left only one foal. The Galileo colt she produced before succumbing to laminitis turned out to be the tough three-time Group 1-winning miler Circus Maximus, now in his second season covering mares at Coolmore.

If my memory serves me right, and a quick bit of research is correct, a few other top-flight winners who were the only offspring produced by their dams include Bint Pasha, Domestic Spending, Effinex, Mayson, Night Of Thunder, Probabeel and Var.

It will be cold comfort to Billesdon Brook’s connections in the immediate aftermath of her unexpected death, but at least they have one foal out of her to cherish, unlike the owners of some other famous fillies and mares who were lost before producing any offspring – such as Sea Of Class, whose life was claimed by colic while in training, or Triptych, who met with a freak fatal accident when in foal to Mr Prospector in her maiden season at paddocks.

Belle Du Jour, a Golden Slipper winner who beat the likes of Bel Esprit and Choisir to take the Newmarket Handicap later in her career, is another particularly tragic case. She failed to get in foal to Sadler’s Wells, Zabeel and Encosta De Lago in her first three seasons at stud and then finally held on to a cover by Redoute’s Choice, only to die of a haemorrhage during foaling, with neither her own nor her newborn son’s life able to be saved.

It should go without saying, of course, that the thankfully rare occurrence of the early death of any horse, no matter their official rating, is a calamity – not just for those closest to them, but also for fans who followed them on the track.

Anti-racing activists will never understand how the majority of those involved in the sport grieve the loss of their favourite horses, be they a Billesdon Brook or a more modest midweek handicapper, as they would a dear friend.

"We had wonderful times with her, she was such a character – she did what she wanted to,” says Jeanette McCreery as she reflects on the life of Billesdon Brook.

Three-year-old half-siblings to two dual Group 1 winners who operated over very different distances are set to make their debuts in separate races held over the same trip on Thursday.

Missy’s Hobbs, an Australia half-sister to Irish Derby and Dubai Sheema Classic winner Jack Hobbs, has been declared for the ten-furlong fillies’ novice stakes at Salisbury (3.10). She is trained by David Menuisier for riding legend Willie Carson, who bred her at his Minster Stud.

Special Envoy, a Frankel half-brother to Nunthorpe and Prix de l’Abbaye heroine Marsha, is meanwhile set to be unleashed by John and Thady Gosden in the ten-furlong maiden at Newmarket (7.10).

The colt, also a half-brother to six-time stakes-winning sprinter Judicial, was bred by Elite Racing but carries the silks of Juddmonte. He was a 1,000,000gns vendor buyback at Book 1 of the Tattersalls October Yearling Sale.

FIRST PUBLISHED 10:09AM, MAY 12 2022
Duke of Cambridge Stakes winner and Matron Stakes first-past-the-post Duntle is another notable example of a top-notch racemare who left only one foal