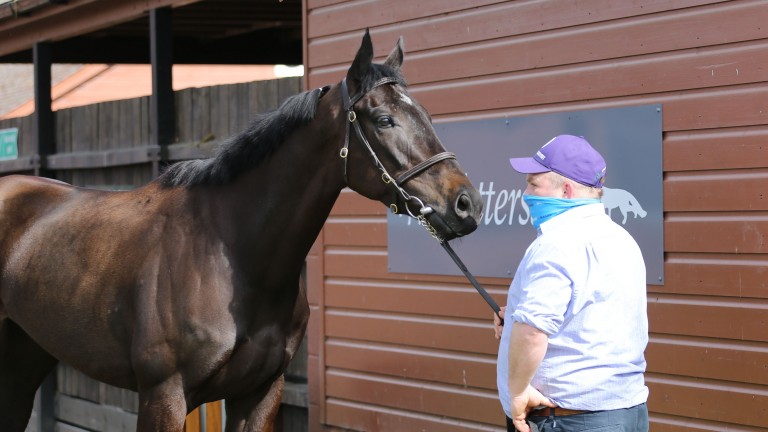 Noel and Valerie Moran, owners of Bective Stud and a host of high-class horses like Petit Mouchoir and Zanahiyr, have reaffirmed their support of suspended trainer Gordon Elliott by signing for the £220,000 top lot at the Tattersalls Cheltenham March Sale in conjunction with the County Meath-based handler.

The lot in question, Au Fleuron, made a winning debut in a Tipperary point-to-point bumper for Denis Murphy and will now head to Cullentra House Stables, where Denise 'Sneezy' Foster is the licensed trainer while Elliott serves a six-month suspension for bringing racing into disrepute.

"He's a lovely horse who came very well recommended by Denis and Jamie Codd, they both liked him a lot," said Aidan O'Ryan, Elliott's bloodstock agent.

"I love the sire, we've been lucky with him before with horses like Diamond Cauchois; we've had only two or three of them but the ones we've had have all been nice."

The four-year-old son of Crillon had been signed for by Murphy and Colin Bowe at £37,000 at last year's Goffs UK Summer Sale, when the Doncaster auction hosted a selection of Derby Sale entries.

Point-to-point handlers have endured a lean spell in recent months, with racing between the flags in Ireland having been suspended since January 13, leaving trainers with a backlog of horses who remain without form.

However, having been able to get Au Fleuron on the track and moved on for a tidy profit, Murphy was able to toast a job well done. 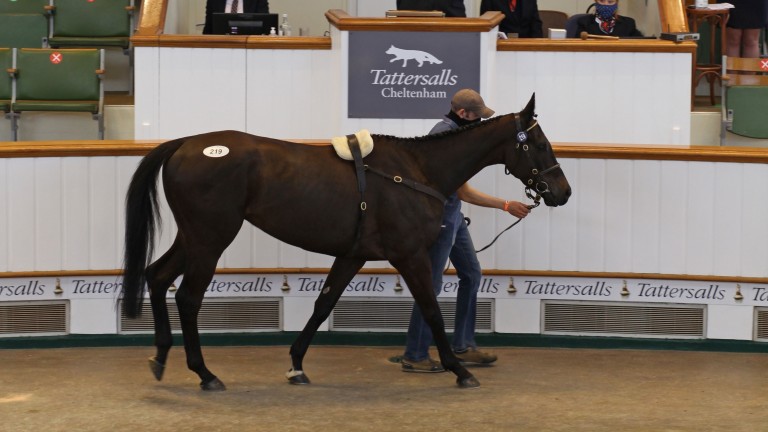 Au Fleuron in the Park Paddocks sales ring, where he was knocked down to Bective Stud and Gordon Elliott at £220,000
Laura Green

"I'm more than happy, it's a great profit," said Murphy. "He's a nice horse and it's important he goes forward now. He jumps like a stag, obviously that was irrelevant when he ran in his bumper, but he's shown he's got an engine. He's gone to the right man."

On the much-needed opportunity to trade, Murphy added: "It's very important we can keep these horses moving to make room for new stock for next season. We've got a lot of babies left over and some five-year-olds too, they'll have to race away during the summer, but that's just the way it is."

The bid board did register a price of £290,000 earlier in the session. However, it transpired that Corbeau, a strapping son of Martaline who finished third in a Navan bumper on his debut, had been bought back by Johnny Hurley.

De Bromhead on the board

Henry de Bromhead enjoyed a sensational Cheltenham Festival, with his six winners headlined by Honeysuckle, Put The Kettle On and Minella Indo, who landed the Champion Hurdle, Champion Chase and Gold Cup.

The trainer now has another exciting new recruit to look forward to after going to £195,000 for Ballybough Native. The five-year-old son of Shirocco announced himself as a name worth following with a 13-length debut success in a Tipperary point-to-point bumper for trainer Ian McCarthy.

De Bromhead was not in attendance at Park Paddocks, but had enlisted Tattersalls Ireland's Harry Fowler to perform bidding duties. 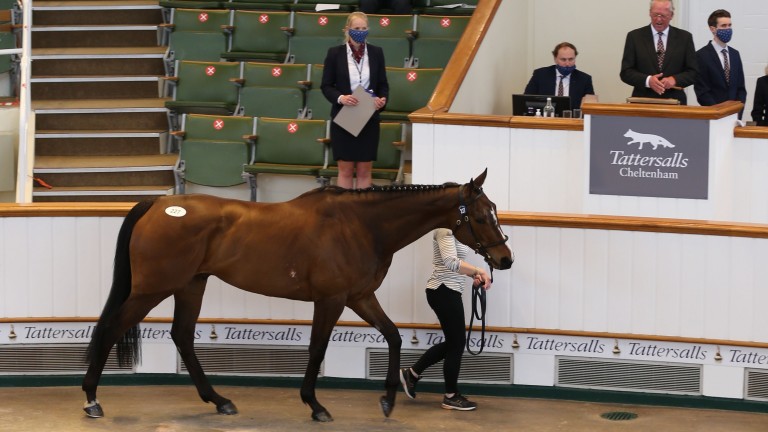 "I was acting for Henry de Bromhead," said Fowler after signing the six-figure docket. "He's been bought for an existing client in the yard and Henry is suitably delighted to get the horse. Obviously he couldn't get here himself because of the 14-day quarantine situation with Fairyhouse coming up."

McCarthy, who is based in Kildangan, County Kildare, was another point-to-point handler to express his relief at being able to get back to business at the sales.

"I've eight point-to-pointers and probably 20 in pre-training," he said. "We had to run him in the bumper but I'm happy with how it's worked out. The man that bred him, Liam O'Donovan, sent him to me. He's a smashing horse with a big future. Please God we'll be able to go back and buy some more horses in the summer."

Bowe back in action

There were three other six-figure transactions during the short, sharp session of selling, with Aiden Murphy and Kim Bailey going to £130,000 for Cormac Doyle's Pay The Pilot, a four-year-old son of Telescope who finished a staying-on second in a Punchestown point-to-point bumper, while Tom Malone and Megan Nicholls combined at £115,000 to secure Jonathan Fogarty's Thurles bumper winner Complete Unknown. 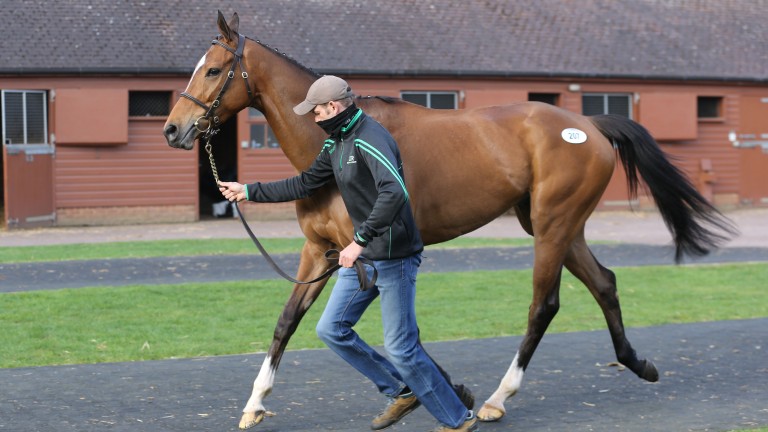 Back on site: activity returns to Tattersalls
Laura Green

Anthony Bromley of Highflyer Bloodstock was also in action and gave £105,000 for Ernest Gray, a four-year-old son of Walk In The Park and the Listed-winning Flemensfirth mare Emily Gray who struck on the Punchestown point-to-point bumper card for Colin Bowe.

"He's a good horse who jumps well and he was doing his best work at the end of his bumper. He'll be a nice horse going forward. We're delighted to have those point-to-point bumpers. It's a case of any port in a storm."

FIRST PUBLISHED 6:42PM, MAR 31 2021
It's very important that we can keep these horses moving to make room for new stock for next season