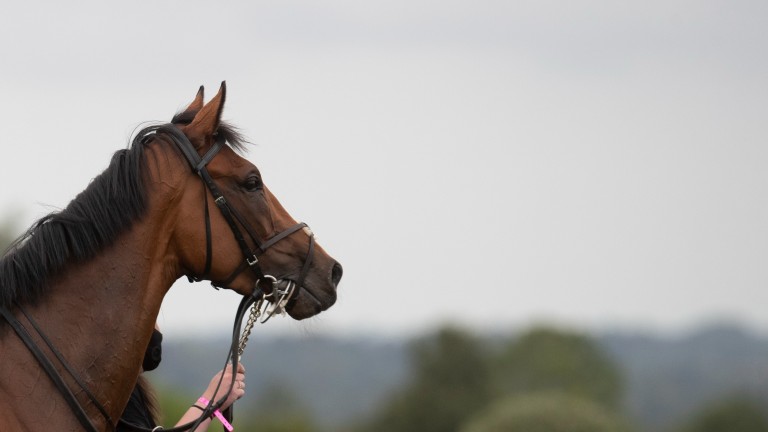 Baron Samedi, picked up by Lech Racing for just 3,500gns at the 2017 Tattersalls December Foal sale off breeder Usk Valley Stud, took his career earnings to £265,550 on Friday when winning his seventh successive race in the Belmont Gold Cup.

The Joseph O'Brien-trained four-year-old has not looked back since being gelded last August and is unbeaten since.

He has taken his form to a new level across his final start of 2020 and his first two outings of this year, winning the Group 3 Prix du Conseil de Paris at Longchamp, the Vintage Crop Stakes at Navan and now this Belmont Grade 2 on his first crack at two miles.

Baron Samedi was slowly away but John Velazquez did not panic, biding his time and only engaging top gear turning into the straight, when the favourite's turn of foot took him into the lead and clear for a two-and-a-quarter-length score over Fantasioso in the nine-runner contest.

Chris Hurley - the 'ch' in Lech Racing, with Lawrence Eke the 'Le' - was pleased to see the rain at the New York track, which led to racing being delayed by 45 minutes.

"He loves soft turf," said Hurley, quoted by Bloodhorse and who was accompanied by equally delighted wife Lex. "He loves jumping through the water. My only concern was that they would move the race to the main [dirt] track."

His wife added: "It was amazing. It was out of this world. It's a dream. It's so lovely to be here."

Baron Samedi has been out of this world himself since being gelded last summer following five fruitless runs. By Harbour Watch, whose son Pyledriver had showed his staying prowess on the other side of the Atlantic earlier on Friday when gamely winning the Group 1 Coronation Cup at Epsom, he is out of the Haafhd mare Dame Shirley.

Eke, credited with selecting Baren Samedi as a youngster, said: "He always needed time to grow into his frame because he was tall, so we had to be patient with him. As time passed, he filled out and got stronger and stronger."

O'Brien and Velazquez had deserved a change of luck for in the preceding race, the Grade 2 New York Stakes, Night Of Thunder's daughter Thundering Nights, in the colours of Shapoor Mistry, flew home but failed by a nose to reel in all-the-way winner Mean Mary.

FIRST PUBLISHED 11:45AM, JUN 5 2021
He always needed time to grow into his frame because he was tall, so we had to be patient with him