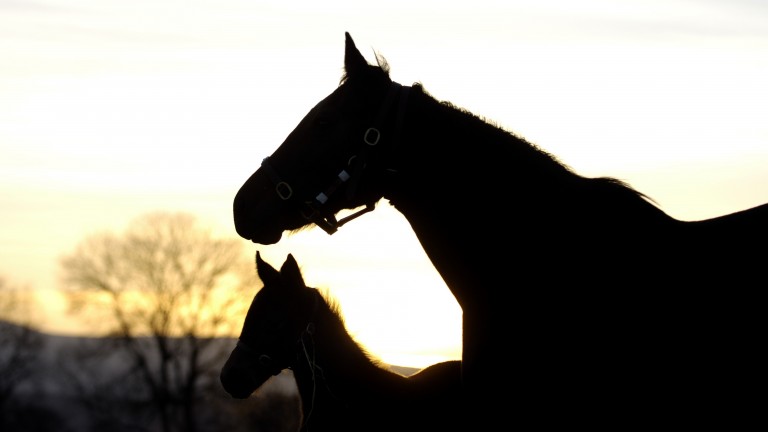 An investigation into explosive allegations of illegal artificial insemination and the use of surrogate mares at a Group 1-producing Victorian farm, contravening the Australian Stud Book rules, has been welcomed by the national and state breeding bodies.

Ultra Thoroughbreds, owned by Sean Buckley, the breeder of Saturday’s Black Caviar Lightning Stakes winner Nature Strip, was on Tuesday identified as the operation being investigated for conducting the alleged scheme.

The stunning accusations were first published by the Herald Sun, which alleged a surrogate was used for a champion mare, believed to be Miss Andretti, that was struggling to conceive.

Racing Victoria on Tuesday confirmed an inquiry into the allegations was under way.

"The stewards are in the formative stages of an investigation that relates to thoroughbred breeding," an RV spokesman said.

"We don't intend to comment on the specifics of that investigation at this time."

Thoroughbred Breeders Australia chief executive Tom Reilly said: “TBA fully supports the rules of the Australian Stud Book, including those that ban breeding through ‘artificial means’. Given allegations of the potential breach of these rules in the Herald Sun newspaper, it is appropriate that these claims be investigated.”

Thoroughbred Breeders Victoria echoed Reilly in being supportive of the RV-led investigation.

“Thoroughbred Breeders Victoria is aware of allegations of breaches of the Australian Studbook rules relating to embryo transfer and artificial insemination (AI) made in the Herald Sun newspaper,” TBV said in a statement.

“TBV do not condone any breaches of the Australian Stud Book rules and are supportive of Racing Victoria’s investigation into the matter.”

On Tuesday, The Age claimed surrogates were used in 2019 for the now 20-year-old Strikeline - the mother of star sprinter Nature Strip - and Miss Andretti, who has proven difficult to breed from since she was retired to stud in 2008.

The report also claimed that Miss Andretti had a filly and Strikeline had a colt born last spring by embryo transfer to Buckley’s sire Addictive Nature, who is based at his Barree Stud near Kilmore in country Victoria.

A mare return has not yet been lodged for either Miss Andretti or Strikeline with the Australian Stud Book. However, Strikeline and 19-year-old Miss Andretti, whose last recorded foal is the 2017-born Mr Raikkonen, were both covered by Buckley’s Cox Plate-winning sire Shamus Award  at Rosemont Stud last December. 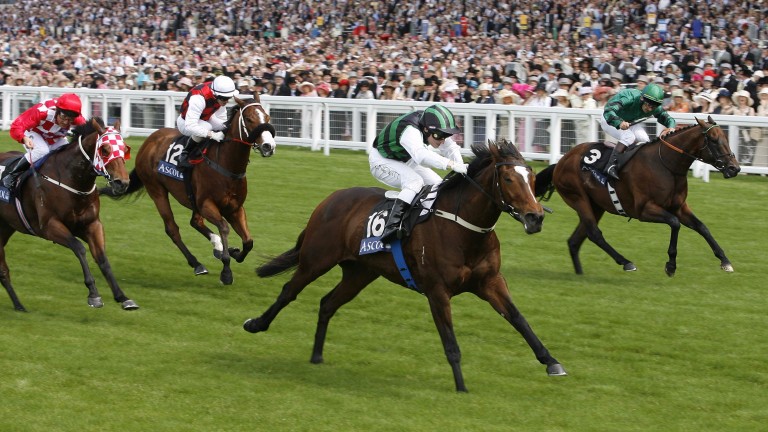 The Herald Sun published text messages it says were in a file handed to Victorian stewards by a former employee of the operation.

“Glad to say that (horse name redacted) has read the textbook this cycle,” the text message allegedly sent by a veterinarian said.

“I have done a split AI 6hrs before and during ovulation. The rest is up to her. I have two mares in synchrony so as well as it can be here.

“Let you know in just over a week if we recover an embryo.

“(Horse name redacted) still holding a HF but hope to see it move this week and will time nicely with other recips (recipient mares).”

The source of the dossier is said to be seeking indemnity in return for his cooperation.

A veterinarian once associated with Buckley denied any knowledge of the alleged breaches of the Australian Stud Book rules by Ultra Thoroughbreds when contacted by ANZ Bloodstock News. He would not comment further, citing the media guidelines of his current employer.

ANZ Bloodstock News makes no suggestion the veterinarian had anything to do with the alleged rule breaches or that he was the source of the text messages and it has also chosen not to name him. He was not associated with Buckley in 2019.

He said: “I have been advised by RVL that they are making inquiries. I intend to fully cooperate with any inquiry as is my duty and responsibility. I have a completely clear conscience."

Artificial insemination and the use of surrogate mares is permitted in the standardbred industry, but a bid to have the practice allowed in Australian thoroughbred breeding was rejected by the High Court in 2014 after a four-year legal battle by former bookmaker and Sydney Turf Club chairman Bruce McHugh, a fight which cost him millions.

FIRST PUBLISHED 11:53AM, FEB 16 2021
The stewards are in the formative stages of an investigation that relates to thoroughbred breeding. We don't intend to comment on the specifics