Bloodstock Latest HOME AND AWAY 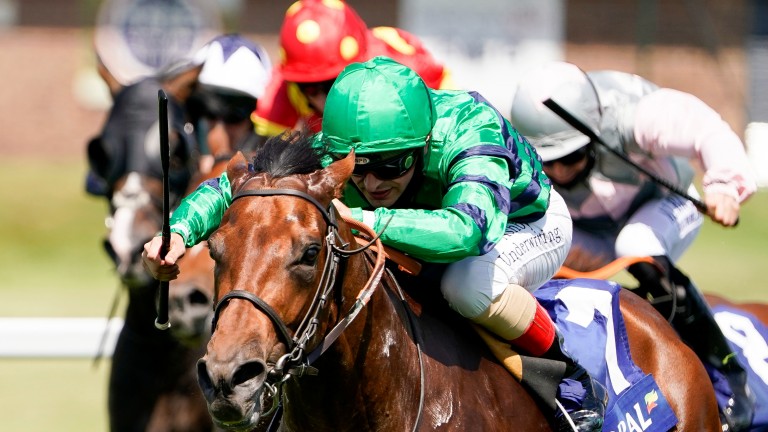 Speedy Sandown winner Atalis Bay has been quite a find for Scuderia Blueberry
Alan Crowhurst
1 of 1
By Tom Peacock 5:30PM, JUN 21 2021

Isabella and Guido Bezzera's breeding and racing operation spans two countries, and their Razza del Sole is one of the most significant Italian consignors, but it is their eye for a real bargain that has been making waves.

A strong partnership with the Botti family has yielded an up-and-coming talent in the sprinting ranks in the shape of Atalis Bay, a three-time juvenile winner for the Marco Botti stable last year who took a further step forward when proving impossible to catch in the Listed Scurry Stakes at Sandown this month.

The son of Cable Bay was selected as a short yearling by the family's racing branch, Scuderia Blueberry, for just 800gns at a Tattersalls mixed sale having been offered through Voute Sales for his breeder, Amelia Field.

"We bought Atalis Bay at the February auctions and raised him in our stud in Italy, Razza del Sole," explained Isabella Bezzera.

"I liked the foal very much for his way of walking and for his very correct and athletic physique."

Experience meant that Bezzera was not taken aback that she has discovered a jewel.

She continued: "We were very happy with the results of the horse but not surprised because luckily this had already happened with other foals or new yearlings, including Euro Charline [trained by Botti to win the 2014 Beverly D Stakes for Team Valor], who was purchased for the same amount."

A Group assignment awaits for Atalis Bay, with Botti toying with a return to Sandown for next month's Coral Charge or trying the King George Stakes at Glorious Goodwood later in July, which would break new ground for Scuderia Blueberry, which has claimed others at Listed level including Lingfield scorer and dual Dubai Carnival winner Fanciful Angel.

"We would be very happy if Atalis Bay could one day become a stallion, but he will have to achieve more challenging milestones," said Bezzera. 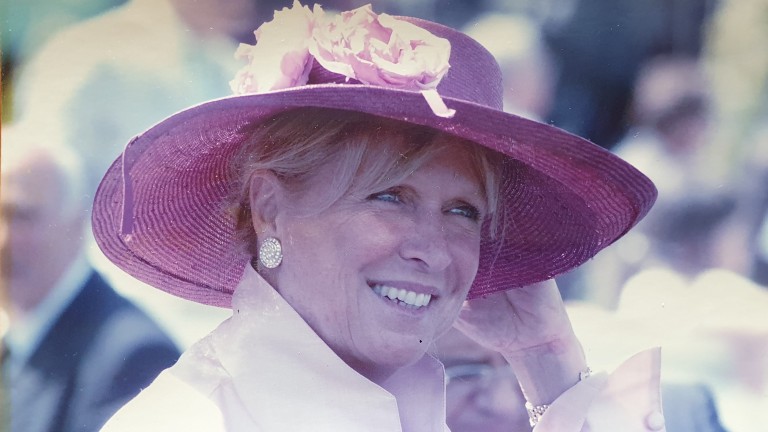 It currently encompasses 23 mares kept at their Old Buckenham Stud in Norfolk, while the foals head to Razza de Sole near Varese, north of Milan, once they have been weaned.

The production has also delivered a homebred domestic star, Aria Importante, who is the highest achiever in the early stages of Twilight Son's career at Cheveley Park.

Trained by Marco Botti's father Alduino and also carrying Scuderia Blueberry's green chevron silks, she was Twilight Son's first ever winner in May last year, and his first at stakes and Group level in the following few weeks. She continued her march this June when taking the Premio Carlo Vittadini in Milan.

"Aria Importante is the mare that makes you dream," said Isabella Bezzera. "She is very beautiful and has great courage in running. She will now have a well-deserved rest period and hopefully will return for the Premio Cumani in September, a Group 3 for females. If she wins, she could try a run abroad."

Bezzera, the former president of the Association of Italian Breeders, has seen the industry in a regular state of flux. Although not overly optimistic for recovery, she continues to enjoy her involvement.

"At the current moment in Italy, unfortunately with the pandemic and the ever-changing political situation, it is not the happiest, but we continue to breed and race, supported by a great passion and a great love for horses," she said.

FIRST PUBLISHED 5:30PM, JUN 21 2021
Aria Importante is the mare that makes you dream