The son of Kodiac stands at Overbury Stud 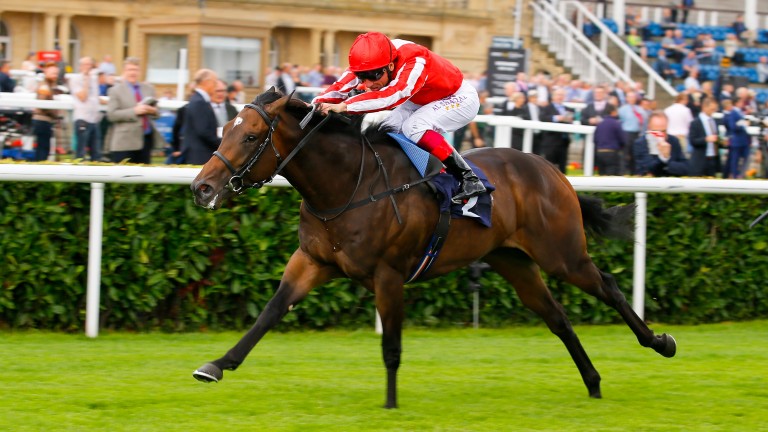 Bred by Phil Cunningham, Blue Collar Lad was sold to Robyn Brisland at Book 4 of the Tattersalls October Yearling Sale for just 1,000gns, meaning he has already repaid his purchase price. The colt held on for a short-head success over the Equiano-sired Muskateer Three.

Out of the placed Canford Cliffs mare Wonderful Life, a half-sister to the Italian stakes-placed Pit Babe, Blue Collar Lad is the second of Ardad's runners to hit the track after the Richard Fahey-trained Vintage Clarets.

Ardad, a son of the record-breaking Kodiac and winner of the Group 2 Flying Childers and Windsor Castle Stakes during a nine-race career, retired to the Gloucestershire stud in 2016 at a fee of £6,500.

Blue Collar Lad cost just 1,000gns at @Tattersalls1766 October Book 4 but he was impressively professional on debut at Bath to become the first winner for his sire ARDAD. Don’t miss his entries at the forthcoming @BrzUps!

The seven-year-old, who was bred by Tally-Ho Stud and owned by Abdullah Saeed Al Naboodah during his racing career, was one of the joint £170,000 top lots, along with Prince Of Lir, when purchased by Blandford Bloodstock from the Goffs UK Breeze-Up Sale in 2016.

Now standing for a fee of £4,000, Ardad has 102 first-crop juveniles to represent him this term. He is following in the footsteps of fellow first-season sires Caravaggio and Profitable, who got off the mark with their first runners.

Telescope back in focus with first major sales success

George Peckham stepping back into the spotlight at Craven Sale