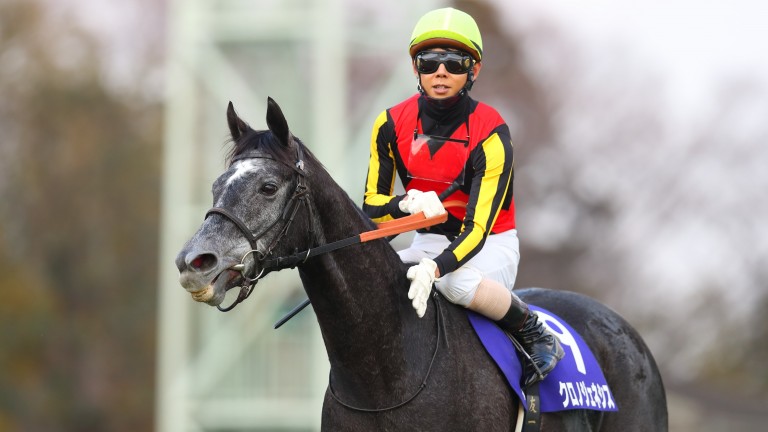 Japan's search for a cherished first Prix de l'Arc de Triomphe victory goes on. Following several agonising near misses, could 2021 be the year when the holy grail is conquered? After the publication of the 101 entries for Europe's most valuable race, with the appearance of six Japanese-trained contenders, we run through each candidate and assess their chances based on pedigrees and race records.

The winner of last year's Nikkei Shinshun Hai and recent runner-up in the Osaka Hai, Mozu Bello is by Shadai Stallion's Deep Brillante, winner of the 2012 Japanese Derby. 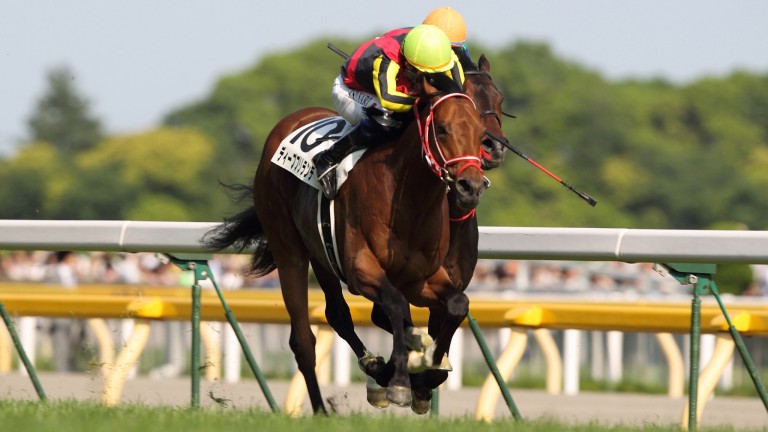 Out of the American Grade 1-placed Harlan's Ruby, a daughter of Florida Derby hero Harlan's Holiday and Saint Ballado mare Smiling Eyes, the five-year-old has won on firm ground, although he has also placed on yielding and good ground.

Should conditions come up soft at Longchamp on the first Sunday of October, that might not be totally ideal.

Mozu Bello is the fourth foal out of the stakes-winning Harlan's Ruby and a half-brother to the winning Hiruno Atrani, a son of 2009 champion Japanese sire Manhattan Cafe.

A son of Japan Cup scorer Screen Hero, Meiner Virtus does not appear to be Japan's leading hope for the French showpiece - he is not quoted by British or Irish firms, at least not yet - but he has shown consistent form in his home country, including a four-length win in a mile and a quarter allowance contest.

Bred by Big Red Farm, the five-year-old is out of the Japanese-bred Meine Bonheur, a daughter of Dubai World Cup and Whitney Handicap scorer Roses In May, who was also second to Ghostzapper in the 2004 Breeders' Cup Classic.

Meine Bonheur is herself out of the Arai Farm-bred Cosmo Fortune, a daughter of Grade 1-winning Japanese sprinter Meiner Love and a half-sister to the Mermaid Handicap Stakes scorer Cosmo Platina.

As with many compatriots, Meiner Virtus doesn't promise to be in love with deep ground should he encounter it.

A top-class daughter of the much-missed Deep Impact, Lei Papale became yet another rising star for her sire when landing the Osaka Hai by four lengths last month. That was over a mile and a quarter on yielding ground.

Bred by Northern Farm, the four-year-old is out of the high-class producer Shells Lei - a daughter of Shadai stallion and Japanese champion dirt horse Kurofune - and a full-sister to Grade 2 Hopeful Stakes scorer Shining Lei. 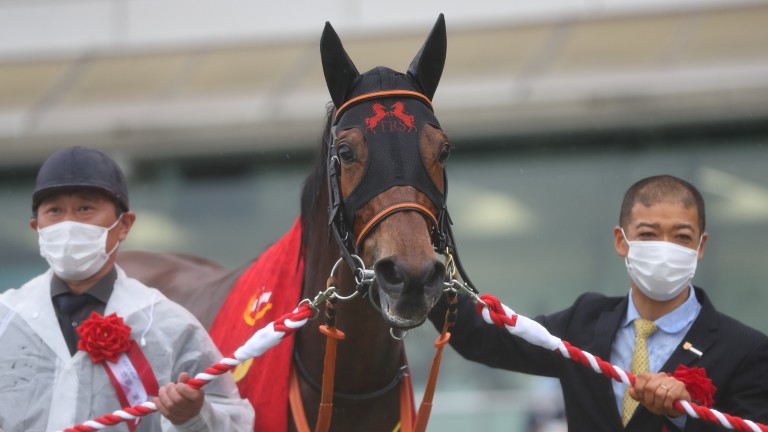 Her dam is a full-sister to NHK Mile Cup runner-up and Japanese Derby third Black Shell, meaning there is plenty of high-class form in the book.

While Lei Papale's top-level success came on yielding ground, she also has winning form on both firm and good ground. That versatility would stand her in good stead, and bet365 are among the firms respectful of her prospects, going just 12-1. William Hill offer the 20s.

A prolific campaigner for trainer Takashi Saito and owners Sunday Racing, Chrono Genesis certainly has the pedigree of a potential Arc winner, being by an Arc hero in Bago, a top-class performer for owner-breeders the Niarchos family and Jonathan Pease.

The five-year-old, who is out of the unraced Kurofune mare Chronologist, is a three-time Grade 1 winner who also ran the brilliant Almond Eye close when third in last year's Tenno Sho.

A neck runner-up to Mishriff in the Sheema Classic at Meydan in March, Chrono Genesis seems to handle any going, from yielding to firm, and arguably has the class to be a leading hope for providing Japan with a much-wanted first Arc triumph.

More British and Irish firms quote her for the race, odds ranging from 16-1 to 22-1.

Another offspring of Bago to enter the Arc frame, Stella Veloce holds some high-class form to his name being twice Grade 1-placed - including in the recent Japanese 2,000 Guineas - and winning the Grade 3 Saudi Arabia Royal Cup by three lengths at two.

The Northern Farm-bred colt is the second foal out of the Deep Impact mare Oh My Baby - a half-sister to Asahi Hai Futurity Stakes scorer Goshawk Ken and a full-sibling to Japanese Oaks Trial third Awake - and notably handled softer ground with aplomb with his Grade 3 strike as a juvenile.

One thing that might count against him, and something ante-post punters should bear in mind, is his age; he's the only Japanese-trained three-year-old entered and while that comes with a weight allowance, options at home for such a colt are so plentiful and novel it might be a stretch to think connections will travel him to Europe.

Runner-up in the Tenno Sho over two miles earlier this month, this colt is by a familiar name to European racing fans in Kizuna, who defeated Ruler Of The World in the 2013 Prix Niel and finished a gallant fourth to Treve in that year's Arc. 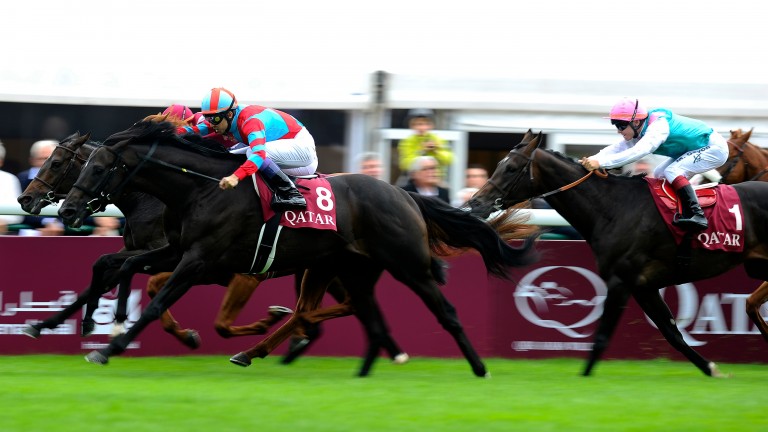 Kizuna: winner of the Prix Niel and sire of Deep Bond
Alan Crowhurst

Kizuna, a son of Deep Impact and winner of the Japanese Derby, has compiled a useful record at stud with seven individual Group winners and six Listed scorers, although he has yet to gain his first top-level victor.

His four-year-old son could perhaps achieve it, having run well on several occasions behind the phenomenal Japanese Triple Crown hero Contrail and landing a brace of Grade 2s.

Deep Bond is the third foal out of Zephyranthes, a daughter of Takamatsunomiya Kinen winner King Halo, and has winning form from a mile and three furlongs to a mile and seven on yielding to firm ground.

Like Chrono Genesis, British and Irish bookmakers seem to regard him as one of the more likely Japanese contenders, given a fair number quote him, and at quite a range of prices, from 16-1 to 40s.

FIRST PUBLISHED 2:18PM, MAY 14 2021
This colt is by a familiar name to European racing fans in Kizuna, who defeated Ruler Of The World in the 2013 Prix Niel