James Thomas reports from the breeze-up sale in Deauville 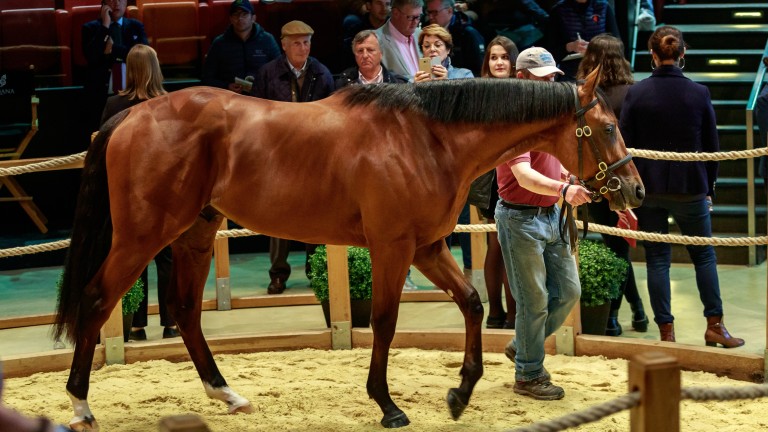 The American Pharoah colt in the ring before bringing ?1.1 million from Laurent Benoit
Zuzanna Lupa
1 of 1
UPDATED 7:23AM, MAY 12 2019

Expectations can be a dangerous thing in the unforgiving breeze-up sale arena, but the Grove Stud camp were right to hold the American Pharoah colt out of Tare Green in such high esteem.

Even among a catalogue some were describing as the best they have seen at any breeze-up sale, the colt looked something potentially out of the ordinary, and Laurent Benoit was plainly in agreement having secured the sale-topping son of the US Triple Crown hero for €1.1 million on behalf of Coolmore's MV Magnier at Arqana on Saturday.

Active bidders were situated all around the Arqana auditorium, but only Freddy Powell, taking instructions on the phone in the dimly lit bidders' area to the left of Ludovic Cornuel's rostrum, could go with Benoit when the price ploughed on into seven-figure territory.

However, after one last, subtle gesture from Coolmore's Paul Shanahan, who stood shoulder to shoulder with Benoit in the packed gangway, the French agent delivered the bid that brought the gavel down. 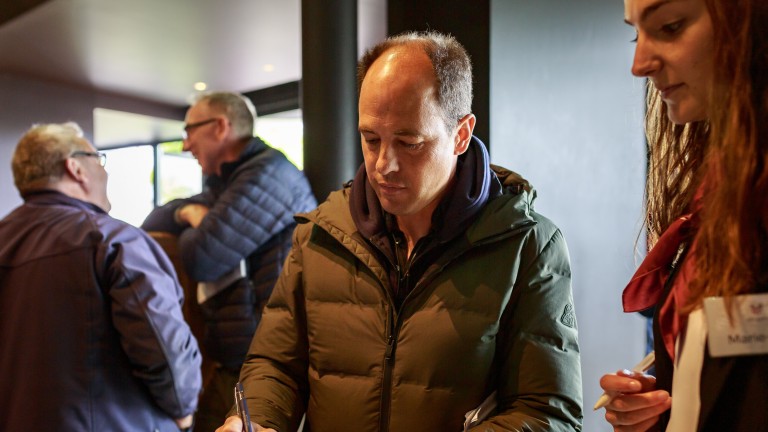 "He's been bought for the Coolmore partners," Benoit confirmed a short while later. "We had an order to get a very nice colt, the best colt in this sale, to go to Andre Fabre. Monsieur Fabre was very keen to get an American Pharoah, he came here yesterday especially to see this horse, and this will be his first by the sire.

"He was delighted with the horse, who's clearly coped very well with his sales prep, I think his natural ability has made everything very easy for him. He was very well prepared by Grove Stud, which is a great nursery. We weren't surprised we had to pay such a price for him as we think he has a stallion's pedigree."

The colt provided a number of firsts, not only being the first progeny of American Pharoah to head to Fabre's famed Chantilly academy, but also by supplying Grove Stud's Brendan Holland with his maiden seven-figure graduate.

Despite having never reached such exalted territory in the sales ring before, Holland said he had harboured hopes of this colt being the one to take him there. 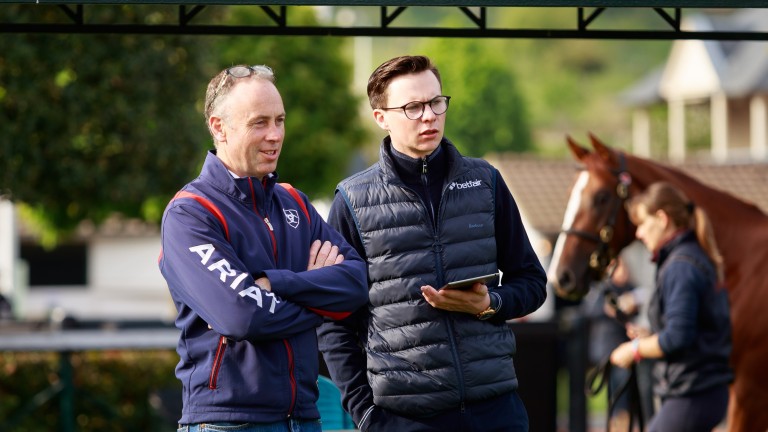 Brendan Holland (left) chats to Joseph O'Brien
Zuzanna Lupa
"I thought that he had a chance of making seven figures," said Holland. "He'd been so well received, he'd breezed and vetted very well, the sire has got off to a great start and he's a fantastic looker, so I knew we had a chance of getting €750,000. After that, who knows? It's a lot of money."

Such well-bred colts tend not to come cheap at any stage of their lives, and Holland had to part with $275,000 for the youngster, who is out of a Giant's Causeway half-sister to Leroidesanimaux, at last year's Keeneland September Yearling Sale.

When asked about investing such sizeable sums in his pinhooks, Holland said: "It sounds like a lot of money, but it's all relative to the pedigree and the physical. I think I was about right for him on the day, but he wasn't cheap and I was at my limit.

"But I've been pinhooking for 20 years or more, so it doesn't happen overnight that you can afford those horses or that you have the confidence to actually go and do it.

"And it takes years to build up a track record of preparing enough good horses that people can be confident in buying off you. You could be at this game years and [selling a seven-figure horse] still wouldn't happen. 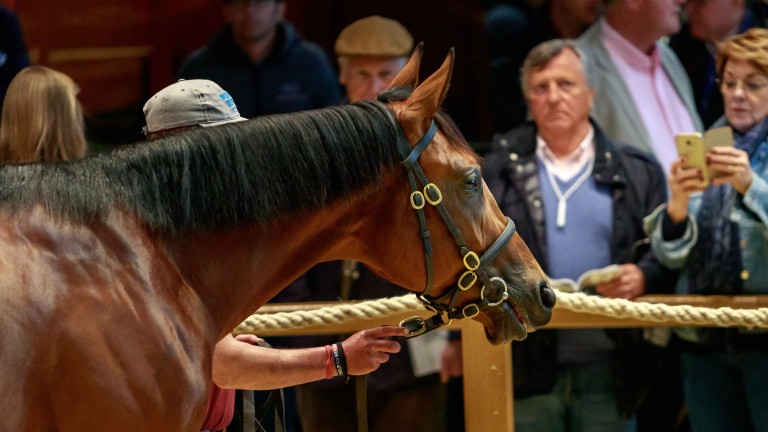 The American Pharoah colt takes in his surroundings in the Arqana ring
Zuzanna Lupa
"This is the first horse I've sold for more than a million and it's a great feeling, no doubt. When it gets past a certain price you can enjoy it, by that stage you're willing it on, it's like backing a horse and he's five lengths clear with a furlong to go!"

Holland also paid tribute to his five-strong team at Grove Stud, saying: "It's a great feeling and I'm delighted for them, it gives everyone involved at home a great boost.

"They put a lot of themselves into it and I'm grateful that I have such good people around me. This game is all about the people, you can't produce the horses if you haven't got highly skilled people around you and thankfully I have."

Saturday's sale was not the first time the progeny of American Pharoah have proved a hit in the Arqana ring, with a filly out of Marbre Rose fetching €850,000 from Deuce Greathouse and the daughter of Shawara bringing €750,000 from Magnier at the August Yearling Sale.

The colt out of Tare Green is the second seven-figure breezer by American Pharoah, with Coolmore also securing the $1.65m colt out of Spice Island at Fasig-Tipton Gulfstream Sale in March.

Saturday's result means that Grove Stud has now topped the last two editions of the Arqana Breeze-Up Sale, having sold Western Frontier, a son of Scat Daddy, to the Coolmore partners through Jamie McCalmont for €825,000 in 2018.

FIRST PUBLISHED 7:11PM, MAY 11 2019
It sounds like a lot of money, but it's all relative to the pedigree and the physical