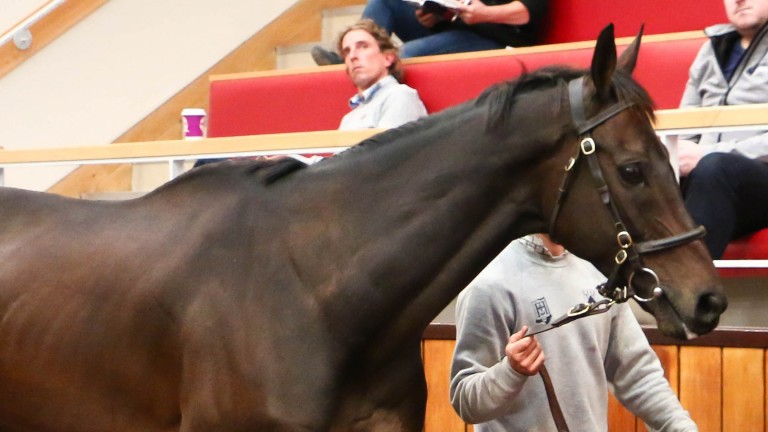 The highly anticipated Gigginstown House Stud dispersal fuelled much of the trade during a busy edition of the Goffs UK September Horses in Training Sale on Wednesday, with the 35 lots offered by Michael O'Leary's operation selling for an aggregate of £604,700.

The highest-priced lot to emerge from the Gigginstown draft was the useful handicap chaser All Hell Let Loose, who was knocked down to Brendan Bashford for £62,000. Harry Swan, the 16-year-old son of iconic jump jockey Charlie Swan, is among those set to benefit from the transaction.

"He's been bought for Timmy Hyde and will go point-to-pointing," said Bashford. "He'll be ridden by Timmy's grandchildren, Tim Hyde and Harry Swan - Harry is Charlie's son and rode his first winner at Worcester on Monday. Let's hope the horse is lucky for them." 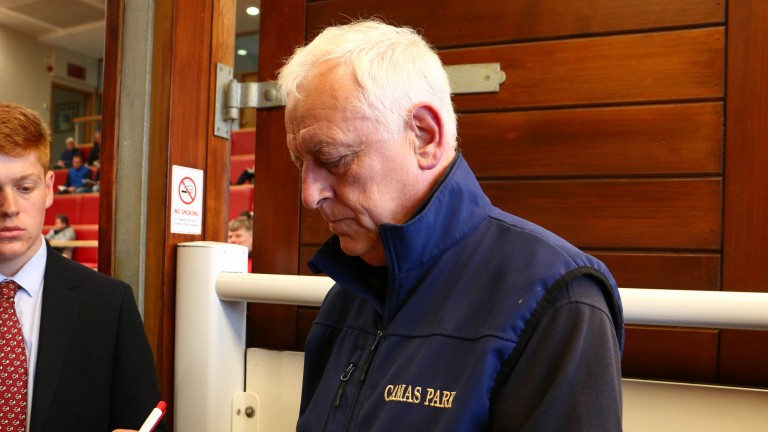 The nine-year-old son of Shantou won three races in the famous maroon and white starred silks, having been purchased as a store by Margaret O'Toole and Noel Meade for €50,000. He changes hands with a peak Racing Post chase rating (RPR) of 137.

Harry Swan broke his duck on Stacey Sue at Worcester on Monday, and the daughter of Robin Des Champs was sold to JD Moore and Alex Hales for £52,000 later in Wednesday's session when offered by Hyde's Camas Park Stud.

Arguably the most eye-catching entrant in the September Sale catalogue was Road To Riches, whose racing CV includes wins in the 2014 renewals of the Lexus Chase and the JNwine.com Champion Chase. The 11-year-old son of Gamut is set to continue his career with David Christie after the Derrylin-based handler struck a winning bid of £35,000.

"We'll give him a change of scenery and drop him in grade," explained Christie. "He'll probably go down the cross-country route now - Cheltenham, France, Punchestown. That's the plan, and if it doesn't work out we can always go back to the National with him!

"He trots out like a four-year-old and still moves extremely well for a horse that's been around the block. He's been in one yard all his life and has obviously been really well looked after."

Road To Riches won nine races while under the care of Meade and placed a further nine times - most notably when third to Coneygree in the 2015 Cheltenham Gold Cup - for total career earnings of £514,803.

Thunder And Roses, who landed the 2015 Irish Grand National, is also off to pastures new after Matt Houldsworth of Howson and Houldsworth Bloodstock secured the ten-year-old son of Presenting for £21,000.

Leading amateur rider Derek O'Connor was also among those to dip into the Gigginstown draft when going to £43,000 for Wounded Warrior, who won five races while under the care of Meade.

"He's been bought for John Duggan and Fergal O'Neill and will go into training with Sam Curling," said O'Connor, who was accompanied by the horse's new owners. "Hopefully he'll give us a bit of fun and will make a nice cross-country horse or staying chaser.

"There was a very good vibe about him coming from Noel Meade's yard, they were very sweet on him. He's a beautiful horse and he's run regularly so he's clearly very sound. We're looking forward to seeing if a change of scenery can revive his form."

Warren Greatrex was another trainer to benefit from the Gigginstown dispersal, after the trainer's wife - Highflyer Bloodstock's Tessa Greatrex - landed Gangster with a bid of £42,000.

"We bought Tranquil Sea a few years ago and this horse is a similar type, for all that he's probably done a bit more," said Warren Greatrex. "

"We'll be aiming him at some of the big races. We're not going to improve him but if the change of scenery can rekindle a bit of his previous form he's a horse that we can have plenty of fun with."

The eight-year-old son of Green Tune remains a maiden over fences, albeit with a peak RPR of 144, but won three times over hurdles while in training with Willie Mullins, including when landing the 2015 Grade 3 Cork Stayers Novice Hurdle by ten lengths.

Clare Manning on Boherguy Stud and a weekend of Classic glory for her family A new Classic contender emerges for Camelot as Youth Spirit strikes at Chester Launch of new online learning platform for the thoroughbred breeding sector 'I wasn't any different when I had children - why should Snow Leopardess be?' Power turned up after successful spell at Oaklands Stud in Australia 'Well supported' catalogue released for Goffs UK's Spring HIT/P2P Sale